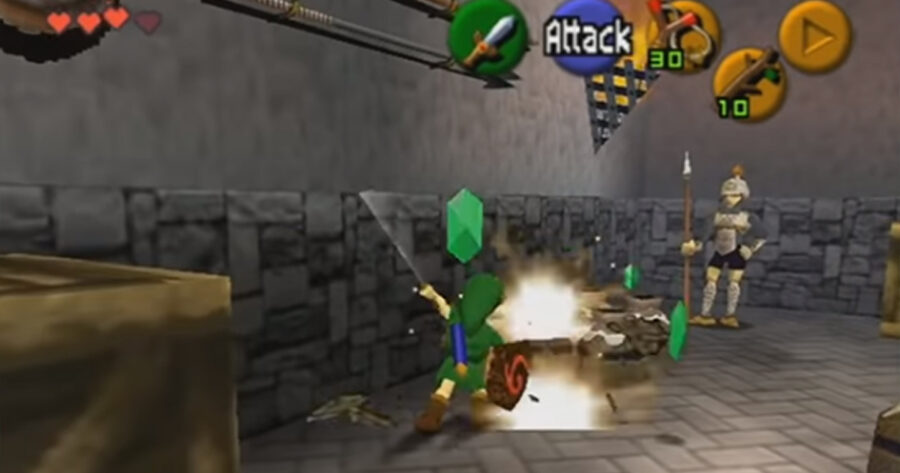 HYRULE — A local pottery shop has been put under audit by the Internal Revenue Service due to an alleged tax fraud scheme, in which a teenager smashes their pots and receives various items in return.

“We can’t speak about specific fraud cases, but it’s a common method: destroying excess inventory so you can claim insurance, while also writing it off as a loss of income,” said Hannah Larson, a veteran IRS official. “They’ll often hire desperate teenagers to do the dirty work, paying them ‘off the books’ with non-cash items, like black market gems, live ammunition, and adorable little hearts. Makes me sick.”

The teenager in question was a young man named Link, who has reportedly been uncooperative with investigators. He refused to comment for this story.

“Never seen a kid hold up to interrogation like that. They threatened to lock him up, offered plea deals, even tried to break him down by making fun of his earring. Nothing. Not a single word,” said a witness to the questioning, who asked to remain anonymous. “Apparently he’s also absolutely ripped. Just, like, chiseled beyond belief. They’re thinking he’s ex-military, maybe even foreign intelligence. Why he’s doing grunt work for a shopkeeper is anybody’s guess.”

Some residents began spreading conspiracy theories, claiming the arrival of this mysterious young man might be related to the darkness that has swept over the land, plunging Hyrule into despair and unleashing hideous monsters on the citizens. Law enforcement downplayed any connection.

“This is a tax fraud case, plain and simple. If this guy is the one we’ve been waiting for, the hero who will end this scourge, why would he spend hours breaking every clay pot he can get his hands on?” said Jossank, a local guard who helped apprehend the suspect. “It doesn’t add up.”

It remained unclear whether the teenager would be charged with anything relating to the fraud, but he will likely face legal repercussions for the 26 unregistered weapons found on his person.