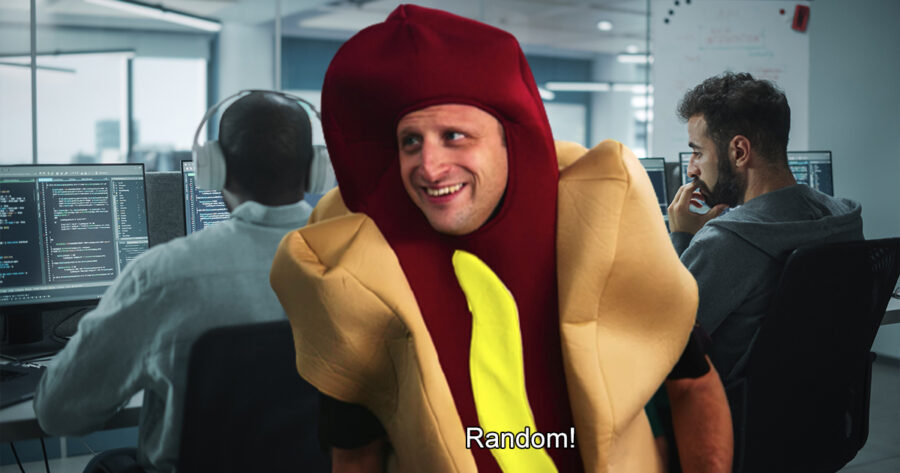 OK so this is so freaking random! Apparently video game developers SuperTech, creators of the massively popular Guns Out! franchise, is completely restructuring their company, changing the status of all their employees and contractors. And get this, as an absolutely wild coincidence, those employees just began working on forming a union. What are the odds?!

“Oh my god, our employees are trying to unionize? Really? That’s so crazy, I had no idea! Wow, that’s seriously such weird timing. Huh!” said SuperTech CEO Archibald Davidson in a statement. “Well, obviously these new titles and benefits, as well as the shake ups that will occur as a result of restructuring, will completely demolish any attempts at forming a union. That’s really too bad. What a random coincidence, the timing of that, by the way. Well, at least everyone is gonna get a fun new work ID card and all that! Plus, some people should get some pretty massive bonuses — upwards of $5 an hour — so maybe the union won’t be needed after all! It’s crazy how things all just sort of work out in the end, but I’m glad we can instead focus on rolling up our sleeves, working some 12 hour days, and getting a whole new game finished in the next few months.”

Damn! Honestly, we would have thought that maybe Davidson would have heard about the unionization effort, but that’s straight from the horse’s mouth: he had absolutely no idea at all. It’s so crazy, because the restructuring will decimate the union stuff, so you’d think maybe it was on purpose, but apparently it’s not.

Plus it’s great to hear about executives who actually care about their employees. Sources from within SuperTech have revealed that the office will be getting a whole second coffee machine in the breakroom! So many developers just let their workers crunch until they destroy their health, but SuperTech is one of the good guys, making sure to take care of those who work on the Guns Out! franchise. Apparently, they’re even thinking about giving developers overtime pay, which would be amazing, considering that overtime is about 85% their work.

So that’s that! We should probably reach out to some of the employees at SuperTech at some point, but that’s a subject for a different article.