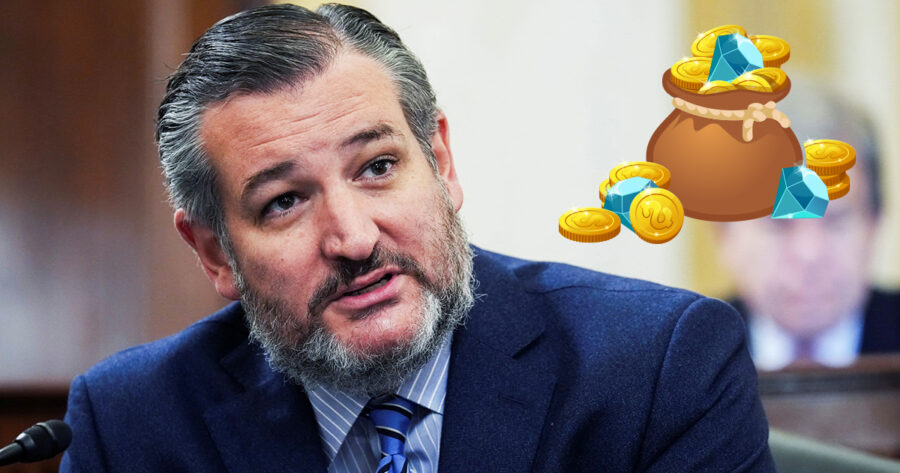 “You can buy in-game items and make your character stronger or get advantages,” said Cruz on a recent episode of his podcast that reportedly exists. “I’ll confess, I buy it because it’s a lot more fun if suddenly your character has a lot of great stuff that would take you six to twelve months to build up. People like me are what keep a lot of really fun games free to play, so everyone should probably be thanking me.”

The information was startling to many on Twitter, who were previously unaware of Cruz’s gaming bona fides.

“Wow, I have said a lot of mean things about that man in the past,” said Ellen Goode, one of many Twitter users surprised by the news. “Like how he’s the walking embodiment of the moral decay of our country’s soul, and that his is a strain of evil so vile it makes me depressed to see how low we can sink as a species, but I’ll be damned if he didn’t outsmart the video game industry buy simply paying for some better loot. Maybe this guy isn’t such a dipshit after all.”

Constituents of Cruz’s said the behavior is consistent with what he’s displayed as a Senator.

“Look, some people have more than others, and that’s just a fact,” said Eddie Burkholder, a Cruz supporter. “Some people can afford the best tanks in World of Tanks, and some people are stuck driving their Tier-1’s around. Some people can afford to go to Cancun while others literally freeze in the dark. The elite get a better experience, whether we’re talking about video games or real life. I’m not sure why this is news to anyone.“

As of press time, Cruz had accidentally liked, retweeted, and made a banner profile picture out of a pornographic drawing featuring characters from Genshin Impact.