Use this deck to face some of your first matches using every possible turn! 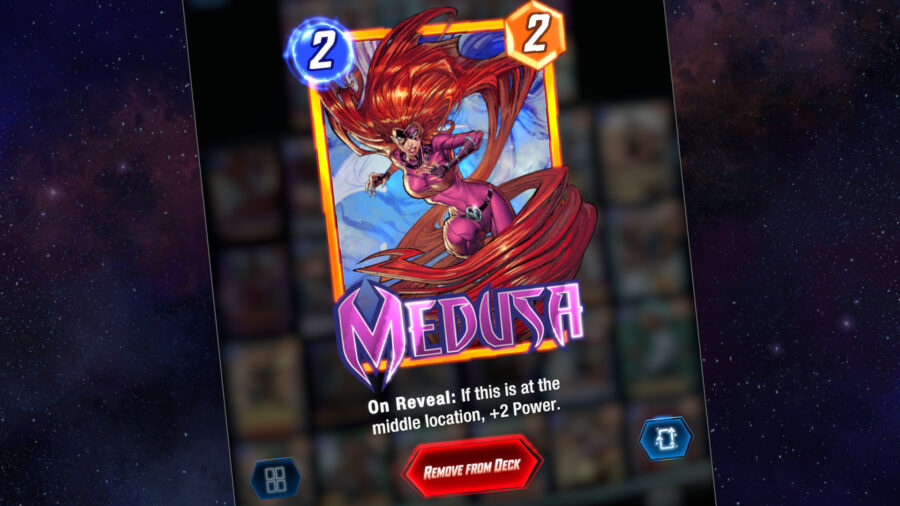 By now you must have already heard about Marvel Snap and you want a good deck to get into it. Although there is the option to put some real money into the game, you don’t need to do it to win matches in the game. One of the best decks to get started with Marvel Snap is a low cost deck.

As expected from this type of game, Marvel Snap has a variety of cards that add a lot to the game. Different mechanics and types of abilities are important to learn, as we have explained in the tips we listed for beginners. However, building a deck from zero for anyone that is starting to play the game is a major challenge that less experienced players stumble upon all the time. That’s why we have prepared this guide to explain how to build and use a Low-Cost Deck. Using only Pool 1 Cards – the ones earned from Collector Level 18 up to 214 – you can build a functional deck that is easy to use, making it easier for you to learn the game, and great to ensure some victories under your belt. 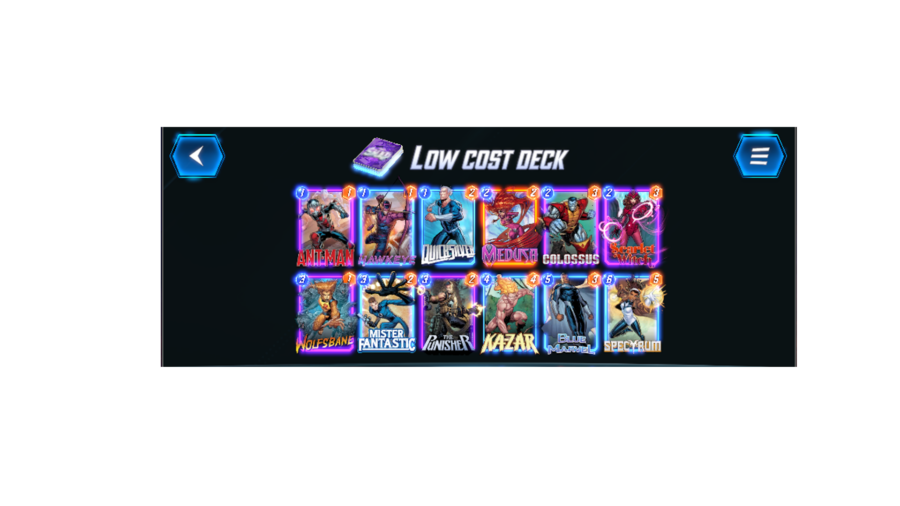 While the idea behind this deck is pretty simple, as you raise your Collector Level, it can be modified depending on some of the cards in your pool. Since we are working with low-cost cards, we are aiming to put as many cards in each location as possible so, in the last turns, they can be buffed. Avoid focusing all your cards in one location. Instead, focus on occupying as many locations as you can since the buffs you are going to look for in the turns are not location locked.

For your first turn, we have possibilities. You will always begin with Quicksilver, a good option as your first card. However, in case you have also drawn Hawkeye, he has priority over Quicksilver, because of his On Reveal ability which buffs him if you play a card in the same location as he is in the next turn. The lowest priority 1-Energy card is Ant-Man among the three you will have in the deck. Misty Knight can replace Ant-Man in case you don’t have him yet.

Your second turn is going to work around some cards. Medusa has higher priority because she receives +2 Power when placed in the middle. In case she and Hawkeye were drawn in your first hand, you have a good combo there using him in the middle followed by her. The second option is to use Colossus or two 1-Energy cards. Scarlet Witch is a good card, but she may be more situational depending on the locations available. Consider her only if your opponent is taking advantage of a location’s effect. In case you don’t have one of these cards, consider using Angela as a filler or Star-Lord. Angela gets boosts the more cards you play at her location, making her a fantastic pairing for a low cost deck. On the other hand, Star-Lord can be pretty difficult to capitalize on, since your opponent needs to place a card in the same location as him that same turn to get his boost. 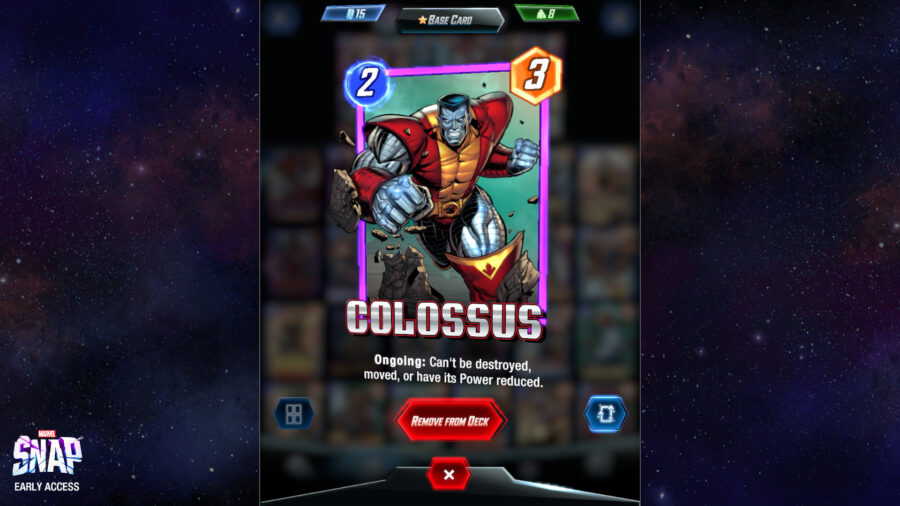 Your third turn is all about capitalizing on having many cards already placed. Mister Fantastic is the most useful option because he not only occupies one location with 2 Power, but he also buffs adjacent locations giving each +2 Power even if there aren’t other cards there. Prioritize putting him in the middle so you can buff as many locations as possible. Your second option is using Wolfsbane in case you have a location that has already two to three cards. This will give her at least +4 Power! If none of them are in your hand or you judge a good option, you can also use The Punisher who gets buffed based on how many cards your opponent has in the same location. As your last option, always consider using lower Energy cards to not waste your turn.

Now that you already have many cards placed, you might be able to use Kazar in your fourth turn. Among the four-Energy cards available during the first levels, he is the most useful for this deck, since his Ongoing ability gives every 1-Energy character +1 Power. In case he is not in your hand during the fourth turn, you may use lower Energy cards to increase the pressure in one location or another.

The last two turns are focused on buffing all the cards you placed by using Blue Marvel who gives every card +1 Power or Spectrum which buffs only cards with Ongoing abilities. While using both of them is the best scenario, having at least one can be enough to win the match. Iron Man is a good option in case you don’t have Blue Marvel available yet. Use him in a location where you want to get ahead of your opponent in terms of Power.

Once you practice with this Marvel Snap Low Cost deck, you are going to understand how to adapt it to each different location. It’s important to keep in mind that this is not a guide for higher ranks. If you are looking for another option to deal with stronger opponents, you should check our guide on the Move Deck for Marvel Snap.