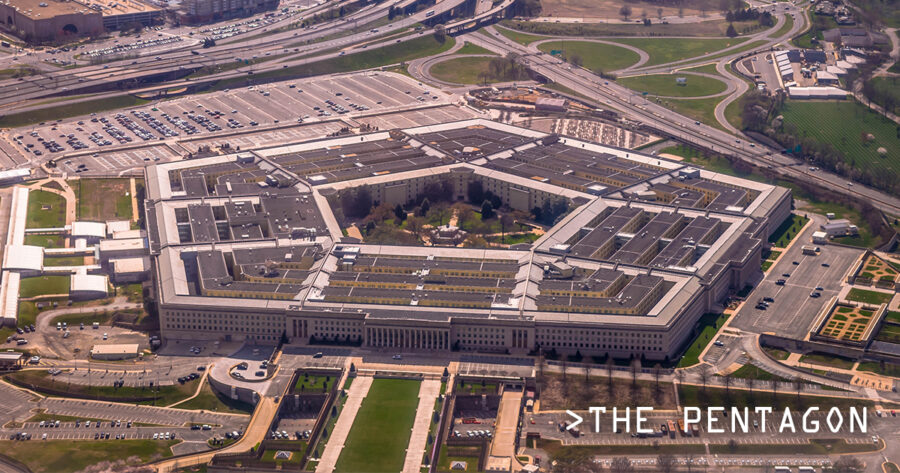 WASHINGTON — Audiences were shocked and surprised today watching a new action/thriller film in theaters when text on-screen clarified that the pentagon-shaped building they were seeing in a drone shot was, in fact, the Pentagon.

“I was so confused at first,” said moviegoer Sandra Williams. “I was thinking ‘Huh? What is this strange, pentagonal office building? I don’t get it!’ until finally the digital text typed itself out onscreen and literally spelled it out for me. We’re seeing the Pentagon! Now I understand. I always think I’m viewing some regular, nondescript business pentagon that could be anywhere in the world, so it’s helpful that the filmmaker narrowed it down for me. Now if only it would say where in the country the building is located.”

The editor of the film, Brian Bodacker, explained some of the challenges with audiences the film presented.

“At first test screenings, people were frightened and befuddled,” Bodacker said. “In fact, they didn’t even realize that the building that they saw in the establishing shot was the building the next scene took place in. After we sat them down and talked them through it, they seemed to put their weapons down and relaxed a bit. Once we added the text telling them about the Pentagon, they were so excited about that twist.”

Studio head Andrew Chillner gave insight into some of the other landmarks that require clarification in films.

“We realized early on that audiences don’t want to be spoon fed,” Chillner said. “They want to be strapped down, and force-fed through a funnel. If at any second you find a filmgoer thinking ‘what’s happening? Maybe I should think, or just hang on and trust that it’ll be revealed in a second,’ fucking panic. If you give them even the smallest morsel of credit, they’ll use it to rebel against you.”

At press time, sources indicated that while the movie clarified the building was indeed the Pentagon with text, a black marker then blotted out the text like a cool government document so you know this is still top secret.