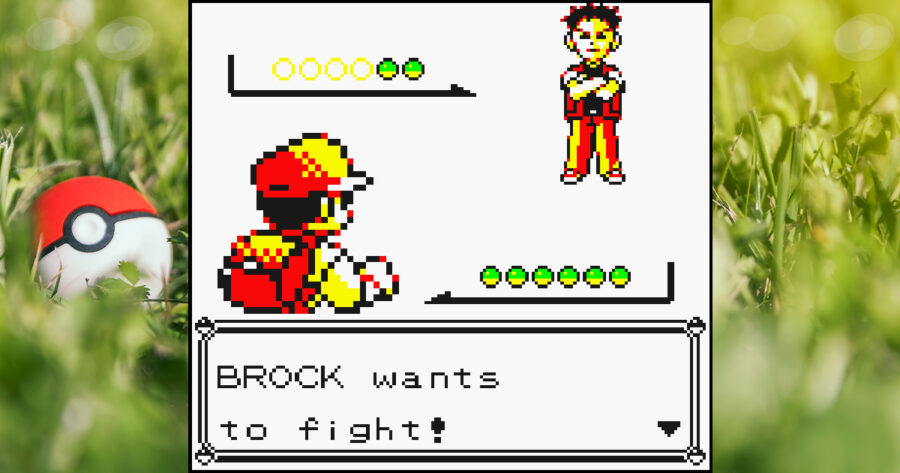 KANTO — A 10-year-old Pallet Town resident named Red has collected all eight gym badges in the region and is officially a master of the sport of battling Pokémon, reportedly due to his controversial strategy of just having all the Pokémon you’re allowed to have.

“I cannot believe how badly this kid crushed my two Zubats,” said Hiker Dave of Route 3. “I’ve been standing motionless inside a dark cave for weeks, waiting to cross eyes with someone who wanted to do battle. Then this child comes along and destroys my team. I knocked out his first couple Pokémon, but then he just sent out another. Then another. This kid may have had as many as four Pokémon! Can you believe it? Is that even legal?!”

The child in question has been able to confirm these reports of his team composition and provided comments on the subject.

“I don’t know man, these are just the Pokémon the professor gave me plus the first five guys I found outside my house. This one is just some purple rat that turned into a tan rat after I fed him candy,” explained Red, who is only in 5th grade. “These gym leaders are supposed to be tough. After taking down Brock’s second rock-type, I was only just starting to worry. But then he was just like ‘You won.’ What?”

While this strategy may seem ludicrous to some, it has actually been backed by other accomplished trainers in the region as viable.

“It really is that simple. I’ve been considered one of the best of the best for years now ever since I decided to just have six of these guys on me at all times,” said Agatha, a ghost-type trainer among the Elite Four. “Like I don’t even try that hard to diversify them I’ve got two gengars and a haunter for crying out loud. It’s just a numbers game. I’ve been saying that literally a child could do this. Feels good to be proven right.”

At press time, Red got absolutely stomped by another 10-year old in his class who did something called “EV” training.