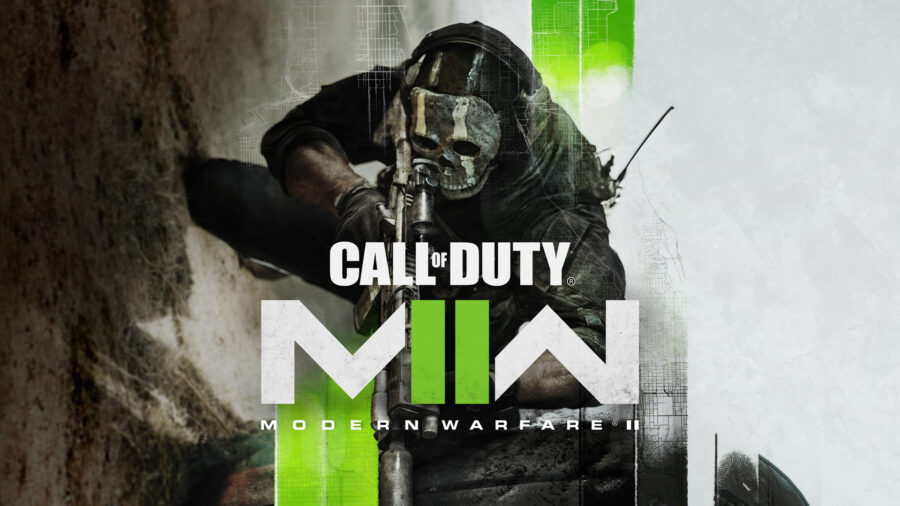 Call of Duty Modern Warfare 2 has launched with a load of different weapons, attachments, and camos to unlock. This year’s edition has also seen an overhaul of the gun leveling system with attachments being shared across weapons, but also requiring players to level up multiple weapons to unlock every attachment they want. With gun levels being more important than ever let’s look at how to level up guns faster in CoD Modern Warfare 2.

How to Unlock Weapons and Attachments in COD Modern Warfare 2 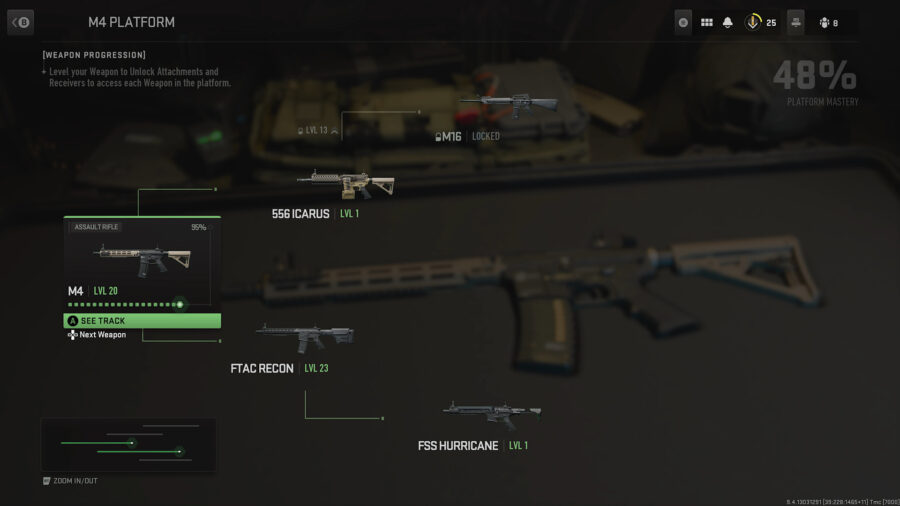 Players will still need to earn level XP to unlock most guns; however, some are unlocked through the new platform system. Essentially, earning weapon XP with certain guns will unlock other guns in the same “family”. This platform system is also introduced to weapon attachments. Now, instead of unlocking weapon attachments per gun, these are unlocked per platform. An example would be leveling the M4. With this gun leveled up a bit, players will only unlock the Echoline GS-X muzzle, all other muzzle attachments are unlocked by leveling the other guns on this platform, but the Echoline GS-X muzzle will also be unlocked for every other gun on the platform once unlocked for the M4. 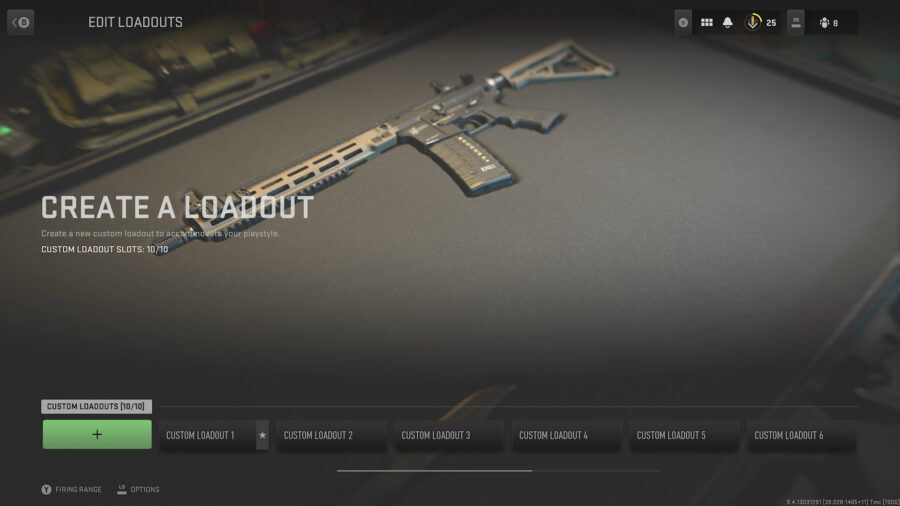 With the intertwined unlock paths for guns and attachments, players should focus on leveling multiple guns at a time. By utilizing loadout slots and the unlock platforms, you can set up multiple classes to cycle through, while working toward the same goal. This is especially useful when considering the different maps you can play on. Taraq is a larger more open map that lends itself to longer range weapons, while shotguns and SMGs are better on Al Bagra Fortress or Embassy. 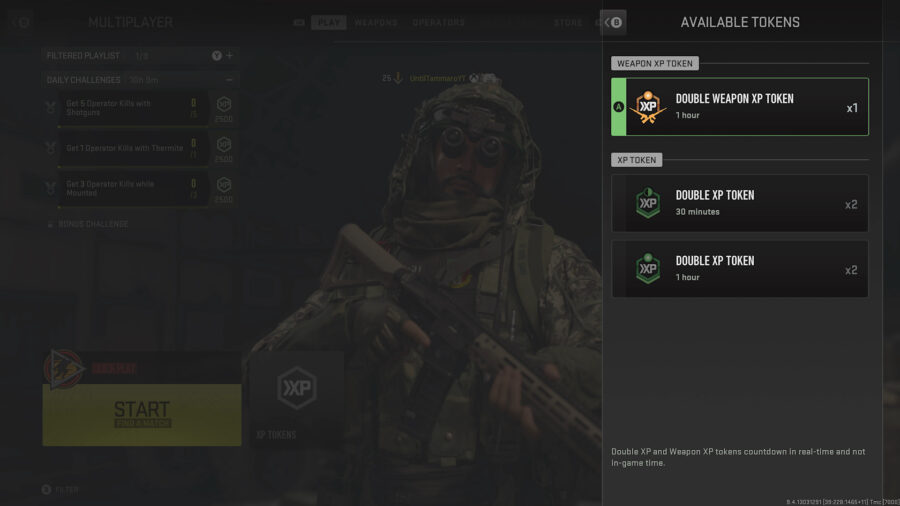 These XP tokens double the XP gained for your weapon while active and usually last between 30 minutes and 1 hour. It is important to note that the time winds down in real time and not just when you are in a match. So be sure to pop these at the beginning of a long gaming session, rather than at the end.

As there aren’t many to unlock at launch, chances are you probably don’t have many or even any weapon XP tokens. If you pre-ordered Call of Duty Modern Warfare 2 you should have received some double weapon XP tokens. Additionally, more can be unlocked by completing various campaign missions and grinding Spec-Ops missions. It is expected, like previous COD Battle Passes, that MW2 Season One’s Battle Pass will include plenty of XP tokens to earn, but for now those are the only ways to unlock XP tokens. 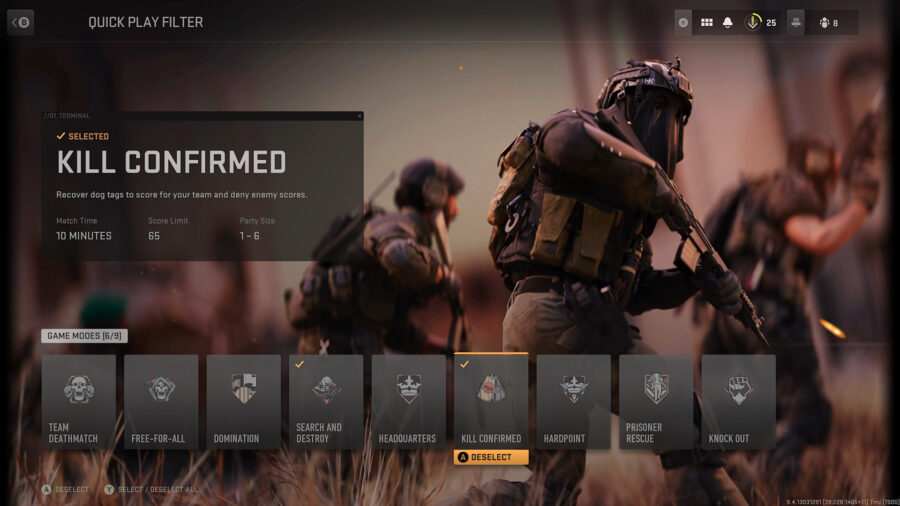 It is important to note that gun XP is gained not only for using the weapon to get kills and assists, but also for capturing objectives or using vehicles while the weapon is equipped. With that in mind, you should focus on playing game modes that don’t only rely on gaining kills to win or have some kind of feature that earns XP quickly.

Ground War is a 32 v 32 Domination-type game mode. Both teams will fight over five control points and the first to reach 250 points wins. You can rack up massive amounts of XP by killing enemies (especially near objectives), capturing, holding, and defending points. Vehicles can also be used to gain XP toward the weapons you have equipped.

Ground War: Invasion is a bit different. There are no capture points, but instead it is a 20 v 20 Team Deathmatch-type game mode that ends at 1500 points. The feature that makes this an easy to grind game mode is that in addition to the 20 real players on each team an extra 20 AI-controlled bots also spawn per team. This means a bunch of cannon fodder AI enemies you can mow down for easy XP. Combining this game mode with a double weapon XP token can see players fully upgrade a gun in one good performance. Vehicles can be used in this game mode just like Standard Ground War.

Kill Confirmed is a popular returning game mode in which dead players leave behind dog tags. These dog tags can be collected by the opposing team for additional points, or recovered by teammates to deny the additional points. The fun thing about grinding in Kill Confirmed is that a player can still rack up gun XP by collecting dog tags without getting kills. This can be especially useful if there is a gun you are struggling to level up or if you just have a hard time getting loads of kills. An added trick is to focus on getting kills with your primary gun and switching to your secondary when collecting tags, working on both guns at the same time.

This is my go-to game mode; however, it can be a double-edged sword. This game mode is round based and features no respawns. Due to the slower and more tense nature of the no-respawn mode, XP earning events award more XP per action than most other game modes. This means for a really good SnD player, someone gaining 15+ kills per game, the gun XP will be flowing. But for the majority of others, players gaining under double digits in kills, the grind can be much slower than it would be playing the other modes mentioned above. Gauge your skill level and choose wisely when deciding what game mode you want to grind.

Utilize the Hardline Perk and Killstreaks 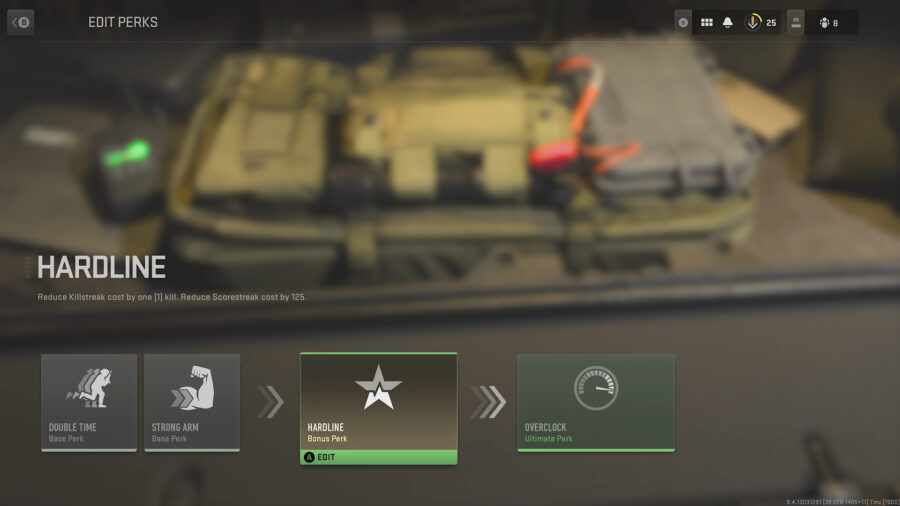 Hardline is a returning perk that decreases the cost of unlocking Killstreaks to use in matches. This is helpful in gaining more killstreaks per match faster. Killstreaks like UAVs, Counter UAVs, and VTOL Jets will gain passive XP for you as enemies, who are marked by them, are killed by your teammates. Additionally, you can gain stronger Killstreaks faster, like the Juggernaut or Chopper Gunner to cut down the enemy team earning loads of XP along the way.