Top 5 GameCubes That I Have Used as Improvised Weapons 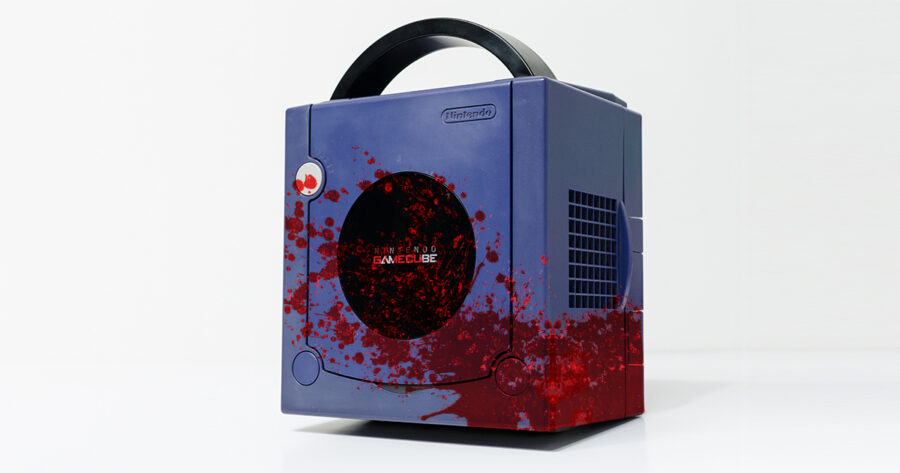 In the rich lineage of Nintendo’s console library, few hold a candle to the GameCube. It boasts arguably the best exclusive catalog of its era, as well as one of the most unique designs in gaming history. But something most people often forget to mention is its combat capabilities. The console’s sharp angular edges and sturdy handle make it a formidable force in a pinch. In essence, it’s an oversized, one-handed knuckle duster that can also run Super Mario Sunshine.

With that in mind, in honor of the 20th anniversary of this iconic video game console’s release, here are the top 5 GameCubes I’ve used as improvised weapons.

The first time I realized the full extent of the cube’s prowess, I remember it like it was yesterday. My cousin Luke had made two fatal mistakes; One, was formatting my Animal Crossing town; Patriotville, to make room for a Tony Hawk’s Underground 2 save file, and two, was engaging me in a self defense situation. Luke still won’t look me in the eye at family gatherings to this day as a result of that altercation. Not for reasons of resentment, but because he’s now partially blind.

I had just walked away from a rather lucrative Craigslist sale with a mint condition copy of Luigi’s Mansion. As I headed home, I was approached by a vicious group of Death Wish 3 style gang members, brandishing chains and knives as they attempted to rob me of my Luigi-centric horror experience. Little did they know, I was playing with power (that means I had my GameCube with me. I left four men to die in the street that night).

The night began as many did in my youth — I was up late reading up on the tactical maneuvers of the IDF in between sessions of F Zero GX. As my god fearing parents slept in their bed, an invader entered our home under the guise of night. The last thing he saw before waking up in the back of a police cruiser was the neon flash of my silver GameCube. He should count himself lucky, the next thing many see after that is the reaper himself. That’s what happens when you challenge a gamer.

As the machines rumbled at the local laundromat, I carried on with my business as usual. The usual being that I brought my prized spice orange GameCube and CRT television into the establishment to play Metal Gear Solid: The Twin Snakes as my military fatigues were washed. However a rowdy gang of teens had other plans that night. I’d wager it was the last time any of them ever attempted to talk about how ‘weird’ and ‘disruptive’ it was to take an entire gaming setup to a public laundromat within an earshot of a man such as myself.

The number one instance has yet to be enacted, but before the night’s over – it will be. The sheer thrill of recounting all of my daring, 100% true, real life exploits has reignited a lust in me for Nintendo-based combat. My coveted Pearl White hungers to be stained with red. Remember folks, these things have handles for a reason.

Note to Editor: Does that last one sound cool? I really want these to sound cool. This is definitely gonna do wonders for me at the Melee friendlies, those jokers will never put “Falcon Kick Me” signs on my back again. Anyway, don’t forget to cut this part out!