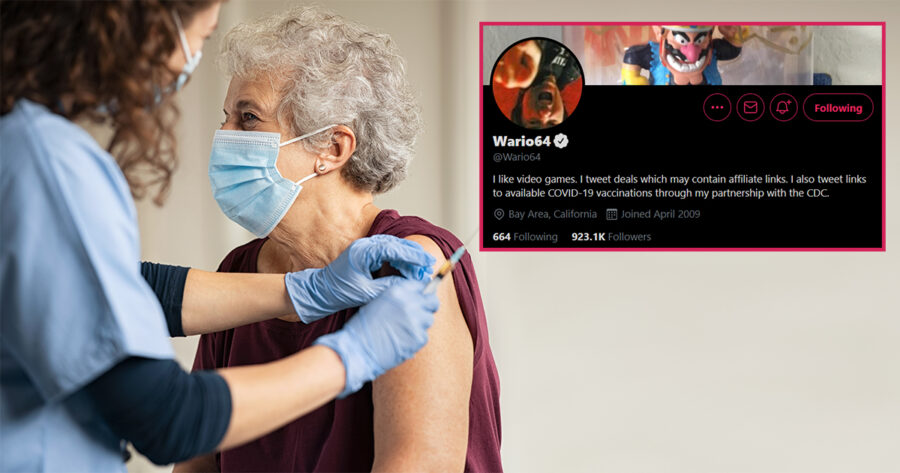 “We’re taking vaccine distribution very seriously as we want to reach as many people as possible and that means working with existing systems in order to get them out efficiently. At this time, there is no better way to alert people of an item’s availability than through Wario64’s Twitter account,” explained Dr. Fauci at a press conference. “We expect to see millions of Americans gain access to the vaccine in the coming weeks and, through our partnership with Wario64, we should even be able to reach underserved communities, like gamers.”

According to recent polling, both Democrats and Republicans have universally praised the decision by the CDC.

“It’s really great because I’m actually trying to grab the vaccine and the PS5, so I put on tweet notifications and I’m killing two birds with one stone,” said one respondent. “The only thing I’m worried about is mixing vaccine culture with gamer culture. I’ve already seen a bunch of console war bullshit with the Moderna people against the Pfizer people and it’s getting really intense. And then, of course, there’s the Johnson & Johnson people who just want that little kid vaccine.”

When asked to comment, Wario64 said that Donkey Kong Country: Tropical Freeze for the Nintendo Switch is available for $49.99 through Amazon for the next 48 hours.