Dry Bones Wakes Up at Funeral and Freaks Everybody Out 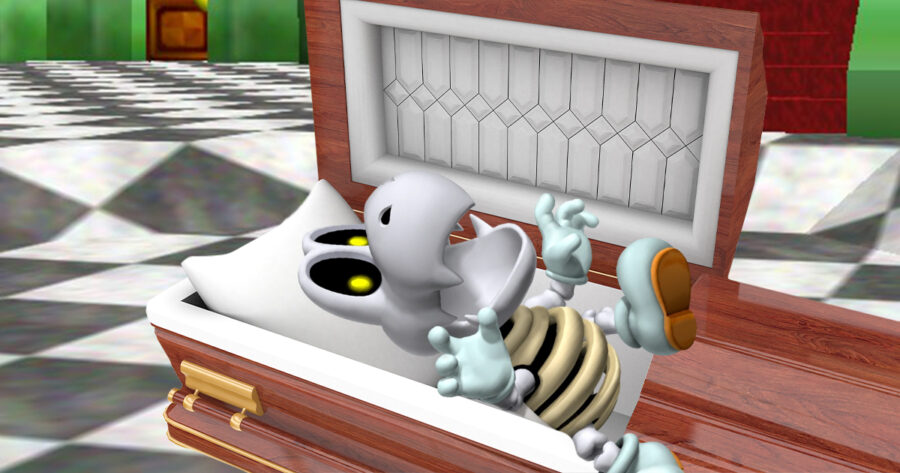 MUSHROOM KINGDOM — A Dry Bones thought recently deceased awoke at his own funeral and completely blew everyone’s minds, weirded out sources have confirmed.

“Oh my god, my son is alive!” cried Katherine Bones, the mother of the Dry Bones who was allegedly stomped to death by local celebrity Mario Mario while out for a walk in his neighborhood. “We had just started the ceremony and he sat up and asked what everyone was doing in his bedroom and started pacing around. It’s a miracle!”

Despite the positive reception to the news that her son was alive, the revelation caused pandemonium among those attempting to pay their last respects to their friend and co-worker.

“That was the craziest fucking funeral I’ve ever seen,” said Graham Harper, who’s owned Harper’s Funeral Home since 2004. “I mean you see all kinds of crazy stuff in this business of course, but like, everyone started freaking out and there were fireballs and pokey things and I swear to god at one point a fish flew right into my face. I just got the hell out of there. They still had the room for another 15 minutes, so not a lot I could really do.”

When asked about the rebirth of his near-victim, Mario appeared less surprised than the funeral attendees.

“The things I kill, sometimes, they don’t-a stay dead,” said Mario Mario, controversial folk hero of the Mushroom Kingdom. “The line between this world and the next is more fragile than people-a realize, and I can think of no better example than a Dry Bones shifting between-a planes shortly after I’ve stomped his head into the ground. Mamma mia!”

As of press time, Mrs. Bones was inquiring as to the status of her deceased husband that she’d had cremated.