Pokemon Scarlet & Violet: Where to Catch Dunsparce & Evolve It 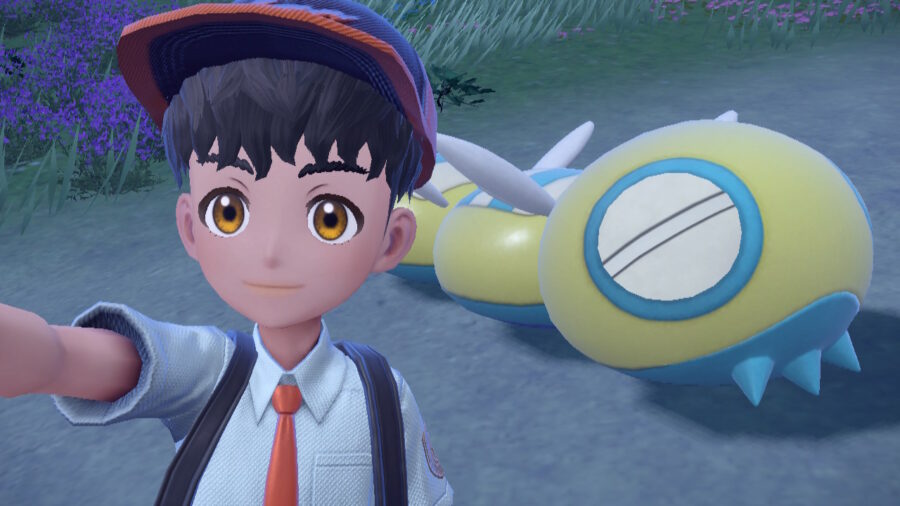 Dunsparce is a returning normal-type Pokémon in Scarlet & Violet, though it’s received a handful of changes in the transition. Thankfully, catching the elusive Land Snake Pokémon isn’t as challenging as it was in Gold & Silver, where Dunsparce made its introduction. Dunsparce has finally received a long-awaited evolution in Scarlet & Violet. Dunsparce can now evolve into Dudunsparce if it knows the Hyper Drill ability, although Dudunsparce has two separate forms.

Dunsparce has a decent HP stat, but its other stats are comparatively low. So, what’s so special about Dunsparce? Dunsparce is infamously rare in most mainline games and as a result, catching the critter is one of Pokémon’s biggest challenges. For example, in Gold & Silver, Dunsparce had a 1% encounter rate in the few caves it appeared in. In addition, Dunsparce can now evolve!

Where to Find and Catch Dunsparce in Pokemon Scarlet & Violet 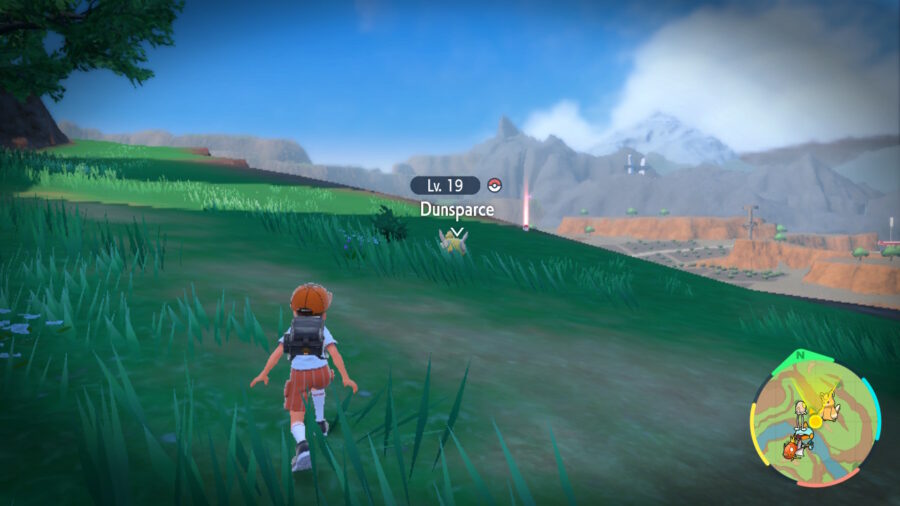 Unlike previous Pokémon games, Dunsparce can be found in a variety of locations including:

There’s no hard rule of where to find Dunsparce, but they seem to be more abundant next to rocky formations or sides of mountains and hills.

If you’re struggling to find a Dunsparce, make and eat a Ham Sandwich on the picnic menu. Ham Sandwiches boost your chances of finding normal-type Pokémon, making a Dunsparce appearance more likely. You’ll need ham, pickles, mayonnaise, and mustard to make a Ham Sandwich. These ingredients can be bought at the delis found in most towns.

Dunsparce is easily scared and will burrow back into the ground after it spots you. This gives you limited time to initiate a battle by throwing your Poké Ball. You can always take a stealthier approach by crouching (B) to remain undetected.

How To Evolve Dunsparce Into Dudunsparce (Two-Segment & Three-Segment Forms) 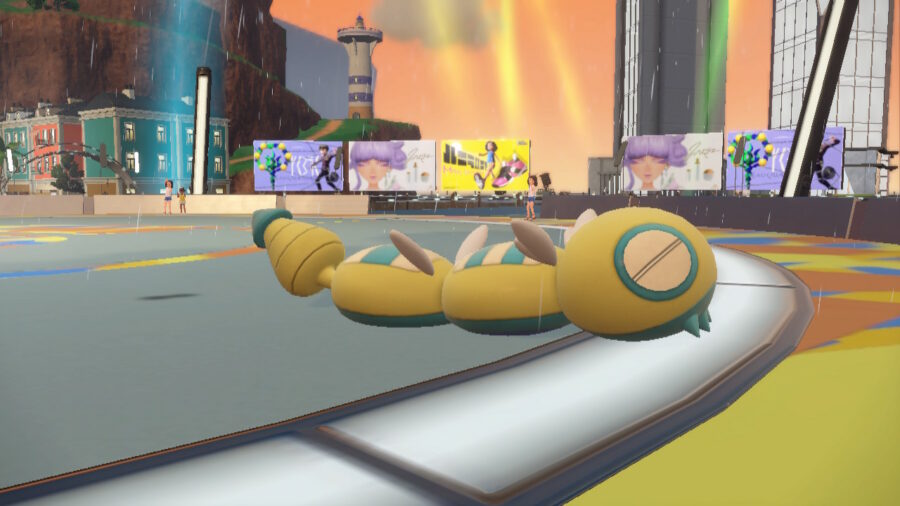 Dunsparce receives a long-awaited evolution in Pokémon Scarlet & Violet as it evolves into Dudunsparce, another normal-type Pokémon.

To evolve Dunsparce, it must know and learn the move Hyper Drill. Dunsparce will learn Hyper Drill at level 32, meaning Dunsparce can evolve into Dudunsparce at level 33. Hyper Drill is a move that’s unique to the Dunsparce evolutionary line and it ignores protective abilities like Protect.

If you accidentally forget Hyper Drill or decide not to learn it, you can still evolve Dunsparce. First, go to Dunsparce’s summary in the menu. Then, from the moves submenu, you can relearn previous moves, including Hyper Drill.

Whether your Dudunsparce evolves into its Two-Segment or Three-Segment form depends entirely on luck. Every Pokémon has an invisible internal personality value that determines various things about a Pokémon, like their gender, base stats, and more. The internal personality value also affects the form that Dudunsparce takes. This means you’ll simply need to get lucky if you want the longer variation.

Dudunsparce will take up one space in the Pokédex despite the form it takes, so you won’t need both forms to catch ’em all and complete the Pokédex. But if you’re a completionist at heart and want the rarer Three-Segment form, catch and keep six Dunsparce in your party and level them up simultaneously.

You can use Rare Candy to level up quickly. In addition, auto-battling and grinding at higher-level areas can speed up this process.

Is Dudunsparce A Good Pokémon? 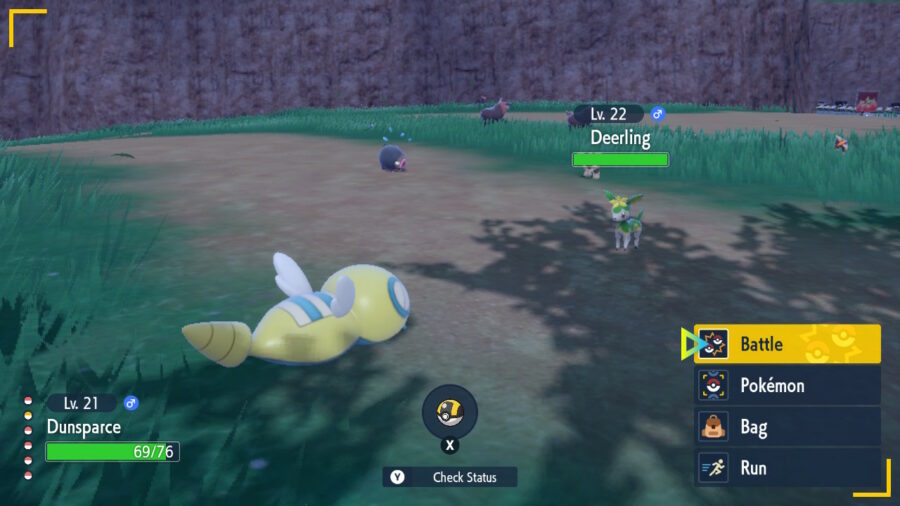 Dunsparce has pretty low stats all around – you could say it’s a little, ahem, sparse. Dudunsparce, on the other hand, is a much more powerful Pokémon in Scarlet & Violet.

Most of Dudunsparce’s stats are solid, with its base HP and Attack stats being well above average. Its Speed stat is its only real low point.

Dudunsparce’s Tera type is still normal, so there aren’t many strategic plays you can make through Terastallization. However, Dudunsparce’s normal type does give it access to moves of many different types and the ability to learn many TMs. So, you can alter its playstyle to fit different situations.

Either way, it seems Dudunsparce is no longer just a gimmick Pokémon and can be a viable choice in your Paldean party. Dudunsparce might not do well in competitive PvP settings, but it’ll definitely be able to get you through Scarlet & Violet’s main story. Long live the Dun!