Phil Spencer Comes Home to Giant Xbox He Lives In 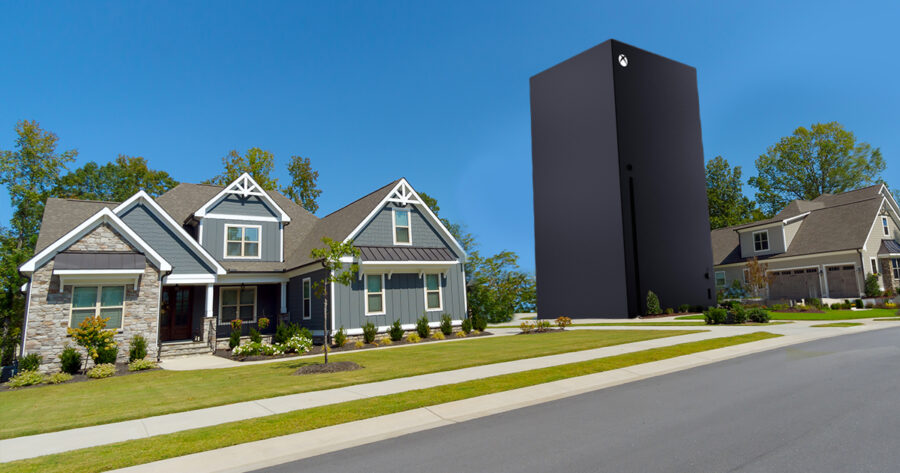 SEATTLE — Microsoft executive Phil Spencer commuted home last night to the gigantic Xbox Series X where he resides with his wife and children.

“Every day, I’m grateful that we put this door here,” said Spencer, entering his home through the well-placed vertical disk drive. “I’ve heard some people still use theirs for game disks, too, but I find that hard to believe. Haven’t these people heard of Game Pass? You can download the games straight to your console, and they’re all included, so it’s an incredible value—”

Further talk about video games was abruptly put on hold, as the Spencer family had a rule never to discuss work inside the house.

“I try to forget about the industry completely when I’m home, so I can focus on what’s between these walls,” Spencer said, taking a seat on a couch-sized Xbox Series S. “The walls are made of a proprietary plastic that’s durable yet lightweight, and has a nice matte texture that softens the look without picking up fingerprints. Don’t tell my wife we’re talking about this, by the way—she much prefers the tasteful green accents on the air vents to the understated black bottom and sides. Luckily, this home has both! Man, it’s just good to be out of the office.”

While giving a tour, Spencer answered some common questions about living inside a massive current-gen video game console.

“A lot of people have asked me, ‘Phil, isn’t this overkill?’ But what they don’t understand is that this house is advanced enough to handle ten years of maxed-out AAA living without becoming obsolete,” he explained, showing off several contraptions that weren’t in use. “We are reimagining what it means to be inside. It’s really exciting.”

Spencer’s home will still need a costly expansion, however, as the family ran out of dedicated storage space within a month of moving in.