How to emerge victorious from Overwatch 2’s new tug-of-war. 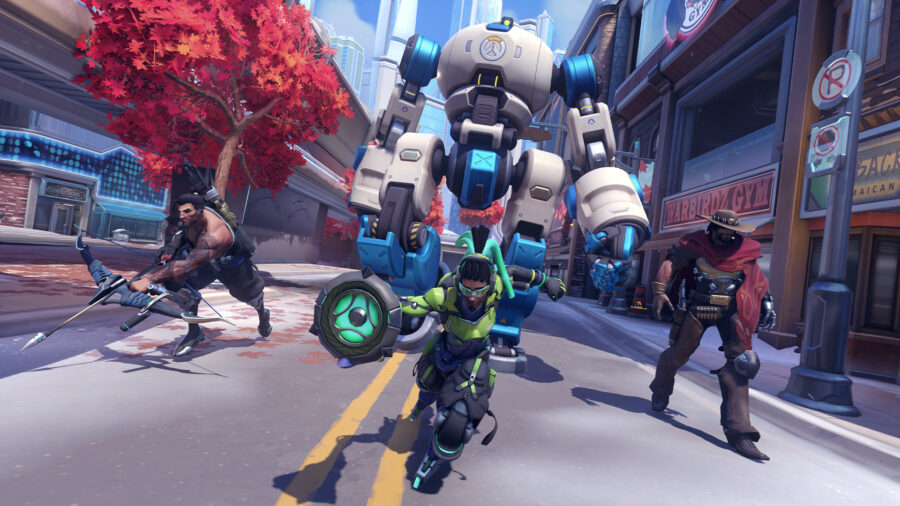 One of the biggest content updates that arrived with Overwatch 2 is the introduction of the new Push game mode. With Two-Capture Point (2CP) being removed from the game, Blizzard Entertainment decided to replace it with a much more engaging game mode. The gameplay is similar to Payload, but both teams contest a movable objective at the same time in one round. It can be tricky to figure out the best strategies when playing the new game mode, but here are some pointers that can help you out.

How Push in Overwatch 2 Works 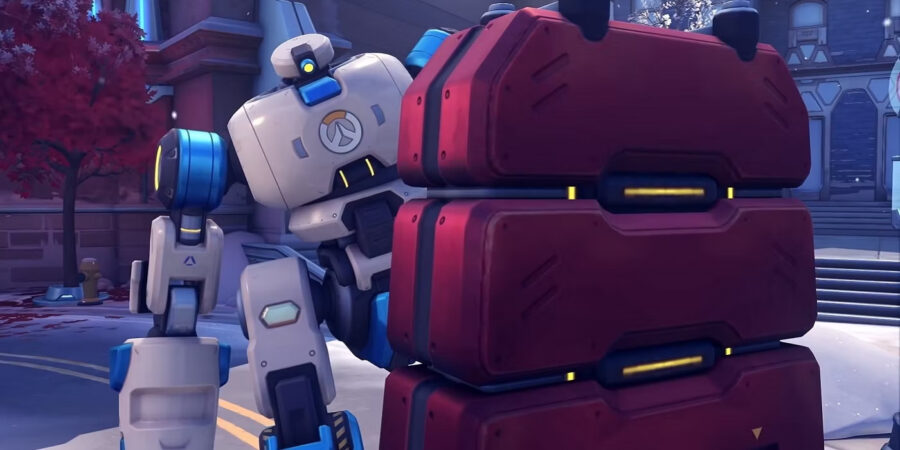 Overwatch 2 Push Robot Mechanics – Do You Need To Be Near The Robot? 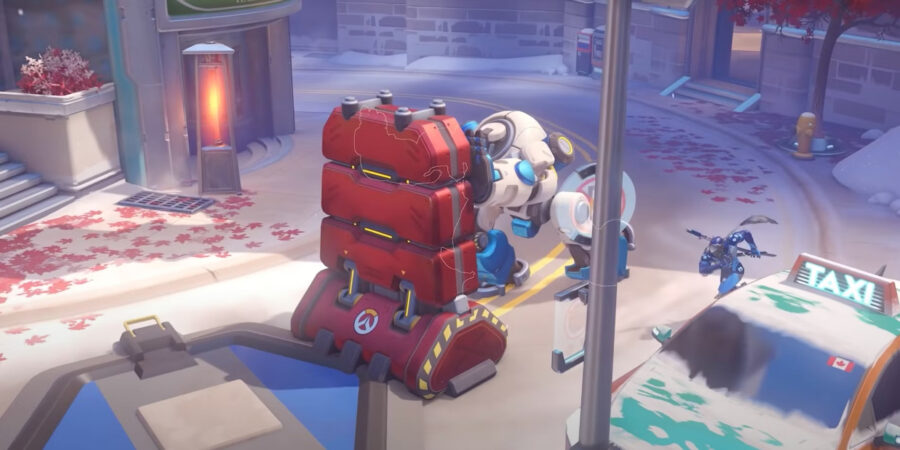 While the game mode seems simple at first sight, there are mechanics that you need to be aware of. The robot can be captured by having one or more allied heroes near it when there are no enemy heroes nearby.

The robot moves on its own but if anyone from the enemy team comes to contest the robot, it will stop immediately. The speed of the robot’s movement is NOT affected based on the number of allied heroes nearby. While this is a mechanic in Payload and Hybrid, Overwatch 2 developers have decided to remove the speed bonus mechanic from Push.

Similar to Payload, there are checkpoints that you can reach. Once you reach a checkpoint, you will get a spawn point closer to the enemy base. The robot stops for a few seconds whenever a team reaches a checkpoint. If the enemy team captures the robot and pushes it past the checkpoint toward your base, your forward spawn will be deactivated and you will be moved back to the previous spawn when you die. 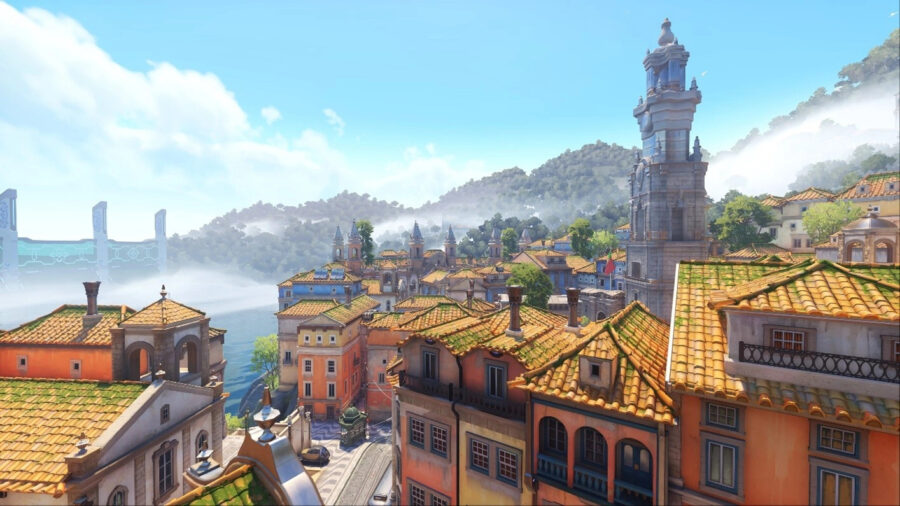 Colosseo: Originally named “Rome” when it was first announced in BlizzOnline, the map is themed around the real-world Colosseum. The map hosts gladiatorial combat and we can hear the match between Maximus and Zephyrus taking place.

The map has plenty of spots for taking the high ground and there are interconnected pathways leading to the robot no matter where you are on the map. Heroes like Pharah and Widowmaker can take advantage of the high ground very effectively on the map.

Esperança: The name translates to “Hope” in Portuguese. It is currently unknown where in Portugal the map is based on, as it features landmarks from different parts of the country like Porto’s Clérigos Tower and Lisbon’s Saint George’s Castle.

Just like Colosseo, the map is heavily favored for snipers and flankers. There are a lot of pathways that can lead you straight to the enemy team or the objective no matter where you are on the map.

New Queen Street: This map is based on a mix of King, Queen, and Dundas Streets in Toronto, Canada. The map was initially called Toronto but it was later renamed to New Queen Street. While Colosseo and Esperança can feel similar in terms of gameplay, New Queen Street stands out thanks to the layout being a lot flatter compared to the other two maps.

Unlike other Push maps, New Queen Street is not as favored for snipers but that does not mean that you will not be able to take advantage of Widowmaker or Hanzo in your team. There are plenty of places to get cheeky flanks and there are health packs readily available across the map, making it ideal for flankers. 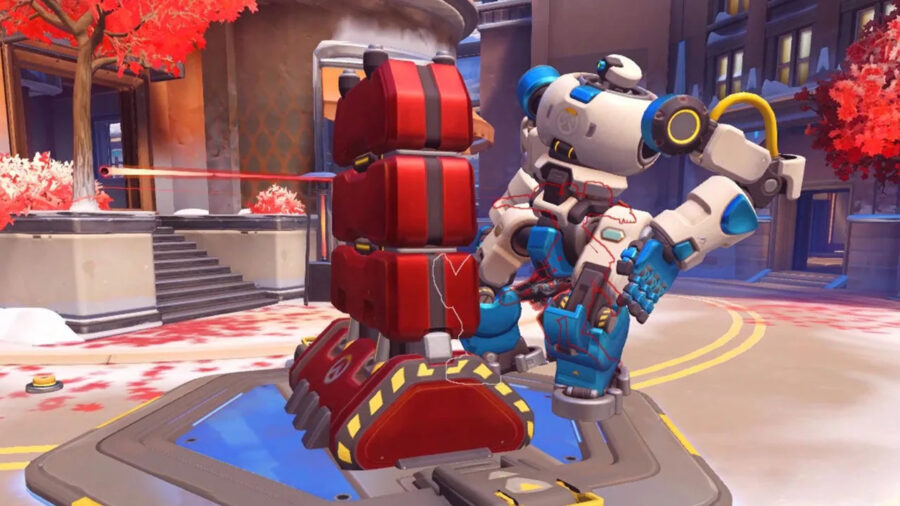 Use High Mobility Heroes: Heroes like Wrecking Ball and Genji are effective in Push maps because they can flank, put in some poke damage, and get out without risking their lives too much. There are plenty of interconnected pathways that you can take advantage of in all three Push maps we have available right now.

You Don’t Need to Babysit The Robot: it is recommended to be aggressive when playing Push. Unlike Payload, you do not need to be babysitting the robot at all times to make progress. As long as you are not getting contested, you should let the robot move on its own and have your team push up and take space from the enemy team.

Take Advantage of Sombra: Sombra can lock out the health packs and prevent enemies from accessing them. She is very strong in the current meta and can offer a lot of utility as you can take advantage of sneaky health packs and keep going in and out of fights with a low risk of dying.

Manage Overtime Carefully: it is very important to manage your ults in Push. if you are in Overtime, you should be wary of using too many Ultimates if the enemy can return after a teamwipe. Try to time your ultimates to ensure you always have the advantage.

Push is a fun game mode that is not too difficult to master. Once you figure out how the mechanics of the game mode work, you will have a blast playing it in both Quick Play and Competitive modes.