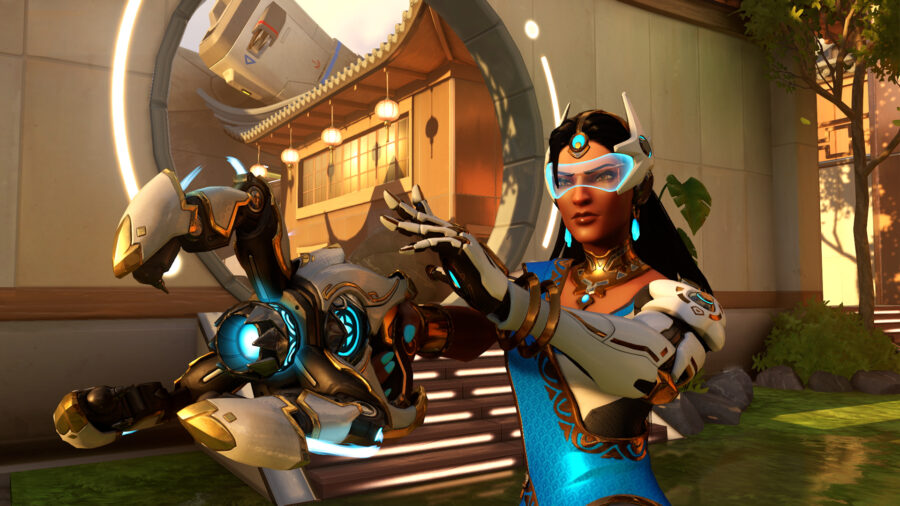 Symmetra has been a playable hero in Overwatch since the beginning; originally a defense hero, Symmetra is now a damage-based hero in Overwatch 2. Symmetra can be challenging to use for inexperienced players since she has very specific uses and can’t be effective in every game mode. Regardless, Symmetra’s light-bending weapon makes her one of the most distinctive characters in Overwatch. 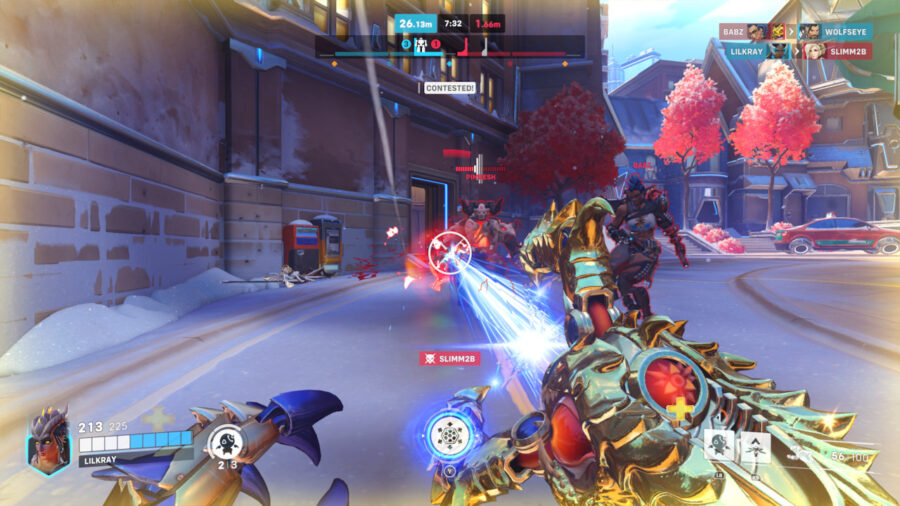 Symmetra has 100 health points and 125 shield – for a total health pool of 225. Her shields will recharge after not taking damage for a few seconds, making her more self-sufficient than some other damage heroes.

Unlike the weapon’s previous iterations in Overwatch, this beam is more precise and doesn’t attach to enemies. This beam fires in a straight line and has a close-medium range use. The beam completely ignores D.Va’s defense matrix.

The Photon Projector’s secondary fire (LT/L2) charges up a round projectile that can deal up to 90 damage once fully charged. A fully charged shot will consume 10 ammo.

Symmetra’s projectiles have a faster firing rate than her previous iterations and move through the air faster. This change makes it possible to spam many smaller energy balls at enemies. In addition, the projectiles can pass through enemy barriers, like a Reinhardt shield, and damage enemies behind it.

Neither the primary nor secondary fire deals critical damage for headshots. 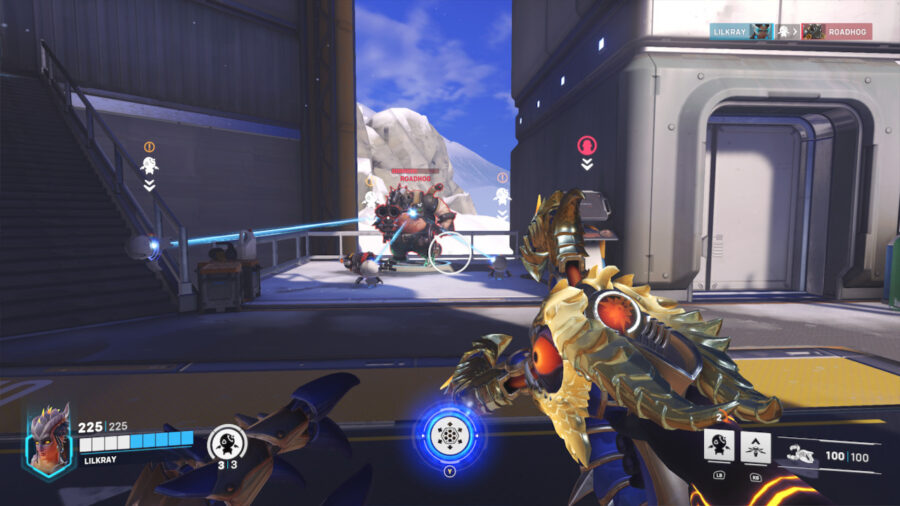 Symmetra has access to three mini turrets that can be stuck onto any surface and deal 40 damage per second each. These mini turrets are stationary and have only 30 health points, making them easy to take down. The turret’s fire beams ignore D.Va’s defense matrix, and these beams reduce every enemy’s movement speeds.

Symmetra’s second ability allows her to create two teleportation devices that allies can travel between. One teleporter will deploy in front of her; the other will deploy wherever Symmetra is aiming, as long as it’s within a 30-meter radius.

The teleporter will be open for 10.5 seconds, and the ability has a cooldown of 12 seconds. Enemies can destroy the teleportation pods as they have a health pool of 200.

Symmetra can also use a teleporter to escape Zarya’s Graviton Surge. 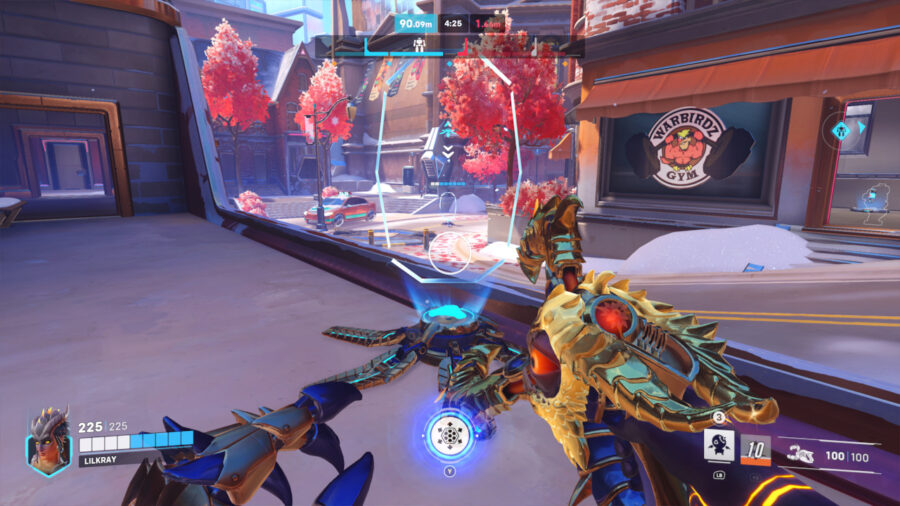 Symmetra only has one passive ability, and it’s the same as every other damage hero in Overwatch 2. Role: Damage boosts your movement and reload speed whenever you eliminate an enemy.

Symmetra’s Ultimate Ability allows her to deploy a massive energy barrier that cuts across the entire map. It acts as a shielded wall for your team that can take 4000 damage points and lasts 12 seconds. Allies can still shoot through the barrier, including Symmetra’s primary and secondary fire.

Photon Barriers can also be helpful when you’re defending in an Escort match. Place the barrier in front of the moving payload, and you can contest the objective without receiving damage.

Photon Barrier has an ultimate cost of 1680. Ultimate charge is generated through damage, so Symmetra can deal 1680 damage to charge her Ultimate. All characters also generate ultimate charge automatically. At 1680, Symmetra’s Ultimate Ability costs relatively little, so don’t save Photon Barrier for too long, as it’ll charge quickly. 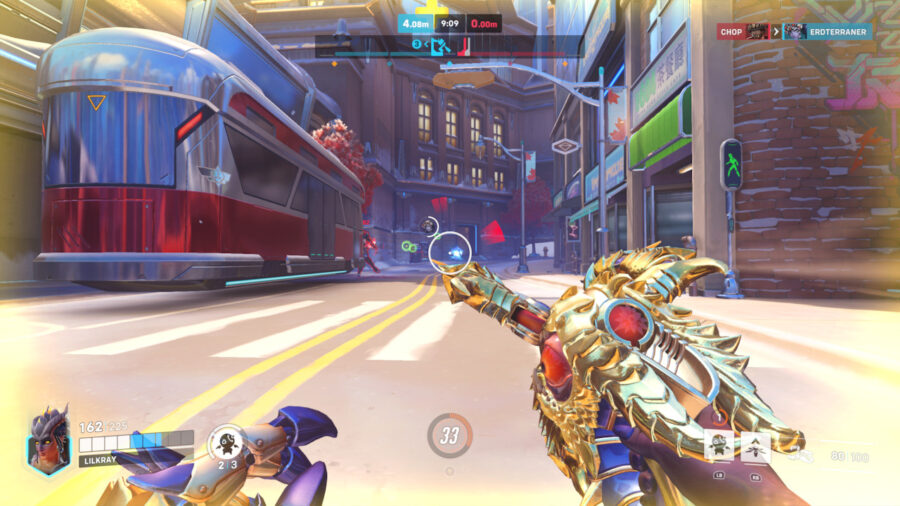 Symmetra has changed drastically from her debut in the first Overwatch, but her changes in Overwatch 2 are a little more reserved. None of her abilities have been replaced or changed significantly; Symmetra has instead received a host of smaller, positive changes. 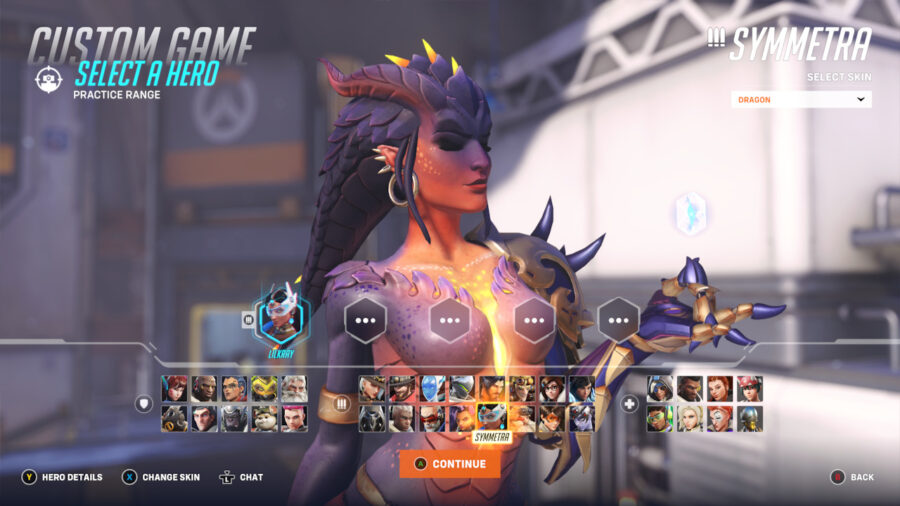 The changes to Symmetra in Overwatch 2 are slight, but they make her a significantly better, more aggressive damage hero and a good defensive choice. If you’re defending a map with a significant chokepoint, like Eichenwalde, Symmetra is a deadly pick. Cover the chokepoint with Sentry Turrets, and hurl energy balls through the chokepoint. The Sentry Turrets will slow enemies passing through and leave them vulnerable to incoming damage. A shielded Reinhardt or Brigitte will struggle to push through as Symmetra’s secondary fire passes right through shields.

Symmetra’s faster teleporter makes her a more aggressive hero in pushing objectives. She can solo kill multiple support heroes this way too. If an enemy Zenyatta or Ana is isolated, you should use Symmetra’s teleporter to surround them with Sentry Turrets and close the distance between you. These support heroes will struggle to fight you off since they specialize in long-range combat.

Lucio excels in his mobility and unpredictability. Since he’s always speedily moving across walls, he can be a hard target to eliminate. Symmetra’s Sentry Turrets can slow him down, and her primary fire doesn’t require much precision, making her a good counter for Lucio.

Genji is the damage hero most vulnerable to Symmetra as he won’t be able to deflect the beams from her turrets or primary fire. Symmetra’s ability to slow down and lock on to targets will be useful when dealing with Genji’s erratic movement. 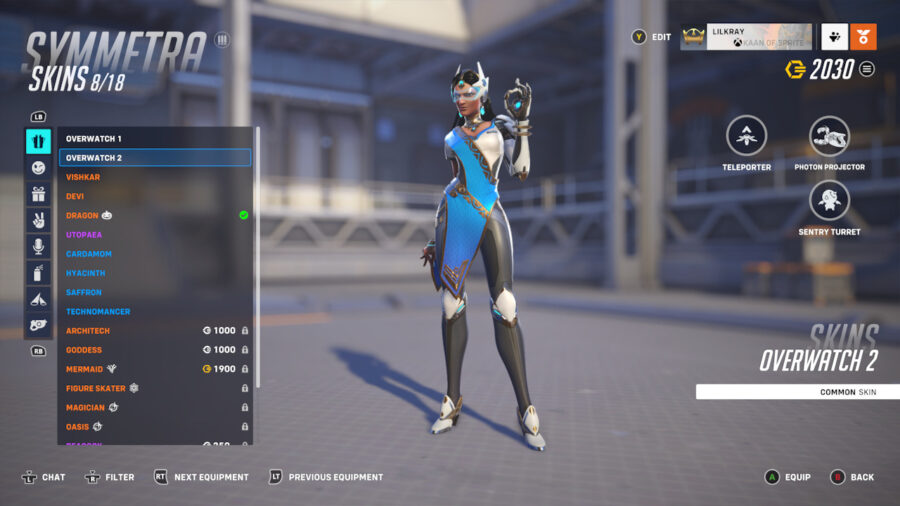 Symmetra has 18 unique skins in Overwatch 2. Players can transfer their unlocked skins from the original game by transferring their accounts. You can unlock new skins by progressing through the Battle Pass or buying skins via the Shop with Overwatch Coins or Legacy Credits. You can acquire Overwatch Coins with real money or by completing weekly challenges. Players can transfer Legacy Credits over from the first Overwatch.