Oh No: They Removed Donald Trump From Home Alone 2 But Accidentally Replaced Him With Pol Pot 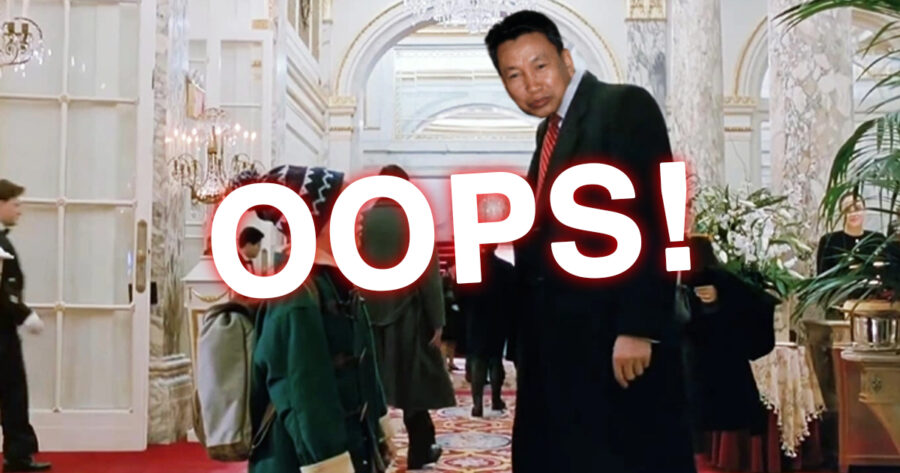 Alright so we have some very good news and some very bad news. Let’s just… let’s start with the good news.

Obviously, millions of Americans came together to vote Donald Trump out of the White House, defeating racism once and for all, but that wasn’t the only place where we were able to push out the evils of his fascist ideals. Some incredibly crafty video editor (whose name we’re not sure of) was able to FINALLY fix the iconic film Home Alone 2: Lost in New York so that Trump does not appear in his scene anymore. What an absolute KING (or Queen or whatever they go by — again, we didn’t really have time to look up who did the video, we just ripped it from Reddit). As content creators, we love watching Home Alone 2: Lost in New York, and now we can finally enjoy it without having to witness that cruel reminder to the  time that our country was shrouded in darkness.

Unfortunately, there seems to have been some mixup with After Effects or something because… listen, there’s no easy way to say this… somehow in the scene where Donald Trump speaks Macalay Culkin’s character Kevin to direct him to the lobby of the Plaza Hotel… Donald Trump has been replaced with former ruthless Cambodian dictator Pol Pot.

Now as a pop culture news website, we felt it necessary to try to assess whether this was a positive, negative, or neutral change to the film. On one hand, Pol Pot led over one of the most brutal crimes against humanity in our planet’s history. According to historians, upwards of 1.8 million people died as a result of his totalitarian rule. On the other hand, you know, Trump was pretty crappy! I think we can all agree there… Hell, Pol Pot is even a POC, so you know…

You know what, actually, this is a really bad idea. I think we’re just gonna end the article here. The movie (sorry, but again, if anyone knows who made this thing, please feel free to tweet at us or something and we’ll do our best to credit the editor one day down the line or something — maybe in a correction in a few months) is available on YouTube to watch for free and you’re more than welcome to draw your own conclusions.

Hopefully one day we can get the version of Home Alone 2: Lost in New York that we all deserve: the one where Donald Trump is replaced with Hamilton creator Lin-Manuel Miranda.