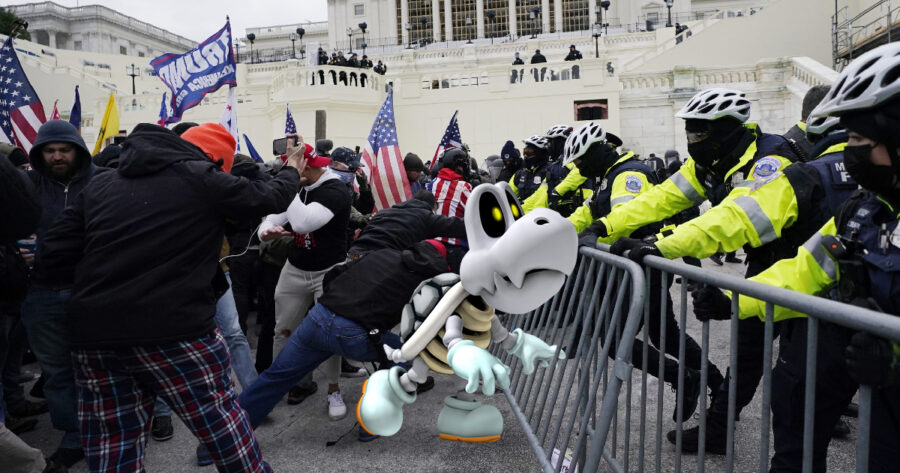 WASHINGTON 一 Nintendo has confirmed that Mario enemy and Kart racing opponent Dry Bones attended the January 6th insurrection attempt, where he participated in numerous unlawful activities, including but not limited to destruction of government property via thrown humeruses.

“It is with heavy hearts that we revoke Dry Bones’s participation privileges in future Mario-related activities,” announced Nintendo of America president, Doug Bowser. “January 6th was an assault on our democracy, and though Dry Bones has been a beloved ancillary character in the Mushroom Kingdom for decades, its refusal to abide by American law as well as its decision to chomp, headbutt, and rattle ominously at our Capitol’s law enforcement officers was enough to force our hand.”

“Like the Lord Jesus Christ, Dry Bones reveals himself to us in mysterious ways,” said Twitter user and avid Nintendo fan, DM4SamusBootyPics. “Sometimes he walks on all fours like a Spiny or drunken Waluigi. Sometimes he ascends on Paratroopa wings like a beautiful undead angel. The Dry Bones pictured at the Capitol during the riots may have been dressed like Uncle Sam and chanting, ‘Stop the steal,’ but once I heard it bragging about winning a curling match with Sonic in the Winter Olympics, I knew. There was no doubt it was the same Dry Bones that we’ve all come to know, and in many cases, love more deeply than our own families.”

Though Dry Bones’s love of fascistic toil and cyclical movement patterns were seen as an asset for monarchs like Boo and Bowser, these tendencies primed the skeletal turtle for radicalization online in alt-right forums, where blindly worshiping autocrats and exhibiting circular reasoning are seen as signs of mental acuity.

“We apprehended the suspect after we found him wildly waving a tattered American flag in his teeth atop the Speaker’s rostrum in the House Chamber,” wrote Capitol Police Lt. Robert Leguizamo in a police report detailing Dry Bones’s misdeeds. “When struck by a police baton in an effort to cease his thrashing, Dry Bones fell to pieces, attempting to play dead and evade capture. Momentarily convinced, law enforcement officers moved to apprehend other subjects, at which time Dry Bones shuddered, then resumed his original form, shouting something about states’ rights before being tackled to the ground. Each of his pieces were then tagged and bagged individually so as to prevent reassembly or escape.”

As of this reporting, Dry Bones has been found guilty on all counts and is awaiting sentencing with a maximum penalty of public execution by Bob-Omb Blast mini-game.