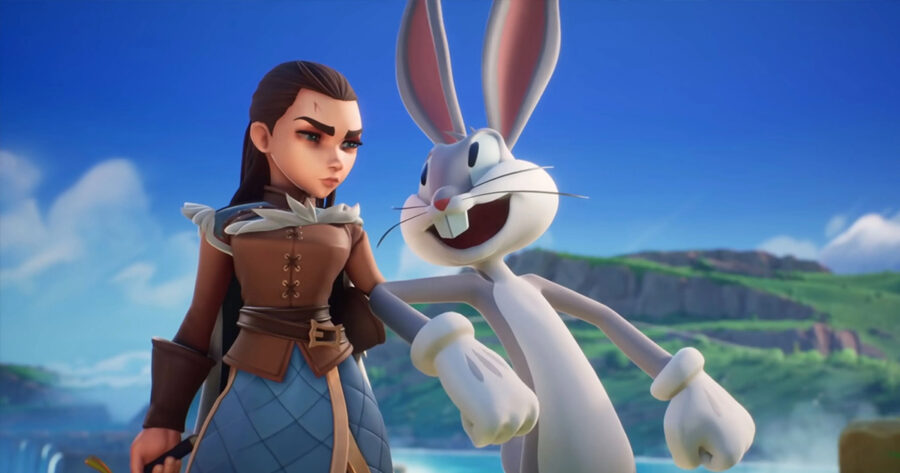 In October 2017, Goku, the main character of Dragon Ball, achieved a form called Ultra Instinct. The ability allowed him to dodge basically any attack. It looked really cool. During the weeks following the reveal, fans created memes of characters from other franchises edited to look like they were activating Ultra Instinct. Early entries included some fun shenanigans like Tobey McGuire’s Spider-Man, eSports player Faker, and Shaggy from Scooby-Doo.

While Ultra Instinct Shaggy was a meme to some, MultiVersus took it as a call to action. Warner Bros’ new Smash-like platform fighter, MultiVersus, treats the Shaggy’s Dragon Ball inspired transformation a core part of his character. It’s touching to know developers are looking at the same memes fans are. Somehow that became the basis of a fully-fledged video game.

With MultiVersus, licensing is valued above all else. Characters are mascots first and fighting game characters second. Hell, how did Lebron James even make it into the game? He’s a real life human being! Part of Super Smash Bros.’ charm is how integrated universes feel. In Smash Bros, Street Fighter’s Ryu produces stronger attacks when you perform joystick maneuvers, just like he does in his own game. There’s a bunch of examples like that — you can even run a loop in Sonic’s Green Hill Zone! Smash is like playing with a toy box, while MultiVersus is more like an FYC Emmy campaign than a game.

But it’s not just the characters that are lacking; the stages are naked. They’re filled with minimal decorations and layed out pretty much the same with one to two platforms. Scooby-Doo gets a generic haunted house with some framed photos of previous villains and the Batcave includes a big computer, souvenirs, and two batmobiles. That’s it. There’s so much you could do with either space, but in MultiVersus, you might as well be running around in an empty box.

Despite all this, skins and announcer packs are both incredible customizations that should instantly spark joy. It’s a blast to hear Kevin Conroy’s Batman say things like “Match Point,” or to fight as Jake from Adventure Time’s female counterpart Cake as a skin — the Cake skin even includes a wholly new voice track. While these are both palpably enjoyable additions, they’re hidden behind paywalls.

At the end of the day, MultiVersus feels like a brand twitter — a game made by somebody who gets the general vibe of every franchise involved while not necessarily enjoying any of them. And when it does inch toward allowing enjoyment, the game immediately places that joy behind a paywall.

If you want the cool stuff, you need Gleemium, MultiVersus’ premium currency to purchase the most thoughtful things in the game. Gleemium cannot be earned by enjoying fights with your boys or logging quick play hours; you need to buy it with real cold hard cash. It sounds like “premium” but I guess… with more gleem, whatever that means.

MultiVersus lures you in with promises of being a weird, but polished fighting game. Somehow the entire Warner Bros. catalog is available. Even characters from shows produced by Warner Bros. like Ted Lasso could potentially join. Hell, maybe even Larry David! It’s funny. You can easily share a screenshot from MultiVersus with a caption like “how is this possible?” which ultimately is half the battle for a game like this.

But while the weirdness might get you in the door, once arriving, the game feels like it’s doing everything possible to eke the last dollar from your wallet. First with Nickelodeon’s All-Star Brawl, and now with MultiVersus, video game developers — er, actually more like media conglomerates — are learning in real time that the appeal of Smash Bros was always that the game is actually fun to play.