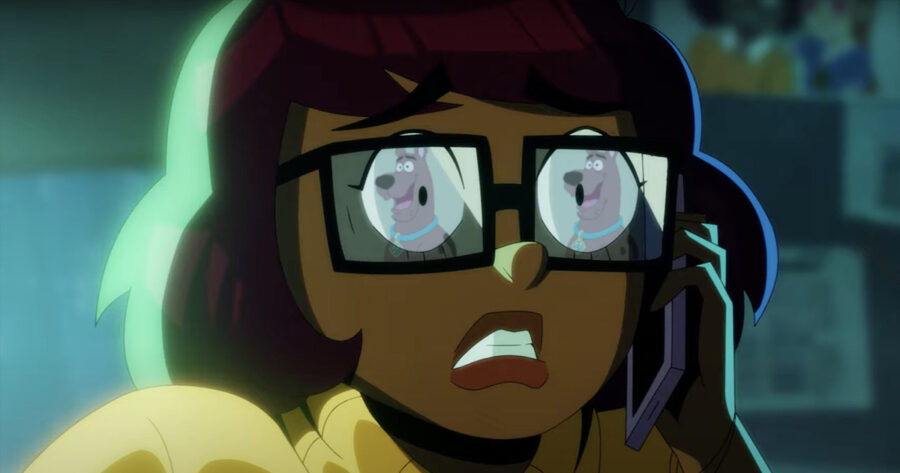 HBO Max released the first episode of Mindy Kaling’s new animated show for adults, Velma, which reimagines the characters of Scooby Doo as high school students trying to solve the murder of a fellow student. Now that all the characters other than Fred have been rebranded as people of color, the internet is predictably up in arms over the “woke” rebranding of the Mystery Inc. Let me be (not even close to) the first person to say: if you’re mad about this, you’re a fucking idiot. Truly, who gives a shit?

this shit is more annoying than anything ive seen from velma pic.twitter.com/RUp3sZesVB

I don’t care if Shaggy is black or Velma is brown or Daphne is almost nude in one scene or if Fred is played by an antivaxer or whatever else people are upset about. Let’s be real — I’m not going to watch this show and neither are you, unless you’re actually interested in it or a YouTuber making 15 rants about it a day to mine outrage clicks.

Now, despite railing against people whining about a show they won’t watch not perfectly capturing the characters of their youth, let me get to the actual injustice of this show. Because back in my day… Scooby Doo shows had Scooby Doo in them.

Wokeness gone too far???????? Yes, you heard that right, the new Scooby Doo show doesn’t include the titular talking dog who loves scooby snacks and saying words as if they start with the letter R. Why? Why would you do that? Sure, everyone’s favorite Donald Trump impression once said, “they should call that show Velma,” but that doesn’t mean the show shouldn’t even include its most iconic character by far.

So why did they do this? Well, at a panel at New York Comic Con this year, the show’s showrunner Charlie Grandy explained that everyone’s favorite crime solving dog simply didn’t fit into the story they were trying to tell.

The creators of #Velma share why there's no Scooby-Doo in the upcoming adult animated series. https://t.co/kAANN6sdzo pic.twitter.com/5QR2Ajqh2S

“So, when we were thinking about what made it a kid’s show and what makes an adult show,” Grandy said, “the dog —Scooby is what really seemed to — we couldn’t get a take on it that was like, ‘How can we kind of do this in a, you know, fun modern way?’… That coincided with Warner Bros saying, ‘Hey, you can’t use the dog,’ so we were like, ‘Great!’”

So you couldn’t figure out how to put Scooby into the show and then realized you weren’t allowed to anyway and you said, cool, fuck it then.

So why are you making this show? Like why does this have to be a Scooby Doo show?

Personally, I don’t think it would be that hard to fit Scooby into a show that’s (gasp) not for children. Realism isn’t the most important thing in the world; one of the cool things about animation is that you can do literally anything! Rick and Morty is one of the most popular adult animated shows in the world right now and it has way crazier things than a talking dog. There’s also this show I keep seeing on Tiktok over clips of mobile games called Family Guy, which seems to feature a talking dog named Brian (who commonly takes massive Ls.)

I understand the answer to this question is because IP is what sells these days and people only wanna watch characters they already know and blah blah blah. But seriously, this couldn’t just be new, original characters? Mindy Kaling, Glenn Howerton, Constance Wu, and Sam Richardson aren’t enough to sell an animated story about a group of teens trying to figure out who murdered their friend?

And it’s for the worse. It’s limiting for the story. It’s frustrating for the viewer when things don’t line up to expectations (and I don’t mean superficial things like a character’s race — I mean actual character traits or excluding the MAIN CHARACTER), and forces the show to have to somewhat be about how this is similar or different from before.

That doesn’t mean the new show can’t be inspired by the Mystery Inc. characters! I mean think about how many times you’ve rolled your eyes that there’s gonna be yet another take on Superman in the last few years, vs. how fun it was watching Invincible and The Boys. I think, with that story and those voice actors, I’d be pretty intrigued.

Hopefully we’re nearing the end of our obsession with IP. I understand that it’s the way things are right now, and this isn’t directed specifically at anyone — Mindy Kaling or the show’s creators or the executives at Warner Bros — it’s kind of just flailing its arms around in confusion.

I think our media will be so much better off if we can figure out what the next group of iconic characters will be. Or else you end up with a show about Scooby Fucking Doo that doesn’t have a dog in it. And don’t tell me he’s gonna show up in season 2 or that there was once a show that only had Scrappy Doo in it because I don’t care.