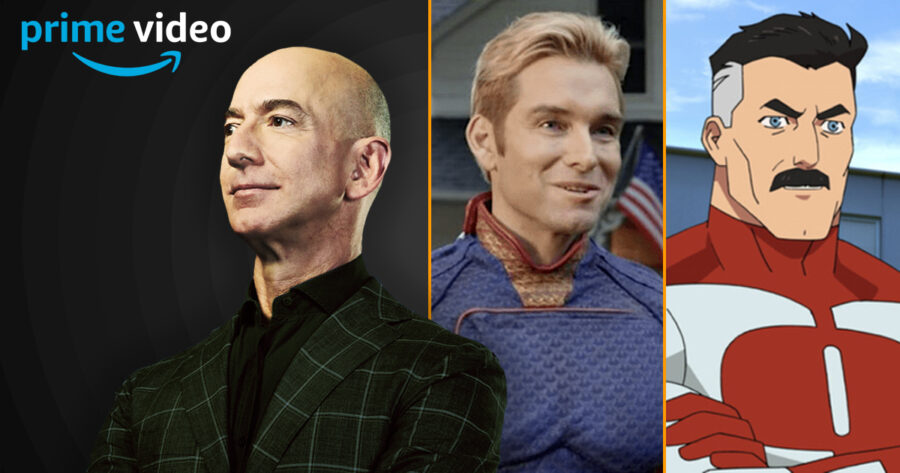 SEATTLE —  Amazon CEO Jeff Bezos reportedly said today that there’s “nothing weird” about the fact that two popular television shows, The Boys and Invincible, on the network he owns “happen” to imagine a world where bald, billionaire comic book character Lex Luthor’s nemesis Superman is secretly a villain.

“Listen, when these pilot scripts came across my desk, I knew they would be hits,” explained the business magnate. “What really jumped out about these shows is that they finally showed us what we’ve all been thinking all along — Superman, if he were a real person, is a threat to humanity and must be stopped at all costs. Similarly, if Lex Luthor was a real person, he sounds like he would be really cool, and maybe even hot! He sounds like he would be a cool, hot guy.”

Antony Starr, who plays Superman stand-in Homelander on The Boys, said that Bezos was very hands-on with the actor’s portrayal.

“Jeff would show up to set a lot,” said Starr. “At first, I thought he was just very passionate about this project, but then one of the directors told me he has only ever come for my scenes. He would routinely come up to me to spit in my face and call me names. I guess I thought he was just kinda Kubricky, but it seemed, like, really personal. That being said, it did end up being a tremendous help at getting into character as someone hiding that they are seething with rage all the time and could snap at a moment’s notice.”

Fans of both shows have praised Amazon Prime for airing them.

“Watching Invincible really made me reconsider the legacy of Superman,” said longtime comic enthusiast, Evan Owens, 23. “Growing up on these Superman comics, it was clear he was the good guy, but now I’m not so sure. Thank God the characters in this show have that bald guy with nearly unlimited money and technological resources protecting them from this universe’s version of Superman. I know it’s silly to think about, but if we ever had an otherworldly superpowered being come to Earth in real life claiming he is here to ‘save us,’ I sure hope one of our billionaires steps up to keep him in check.”

At press time, Tesla, Inc. CEO Elon Musk tweeted that he and Bezos are forming “a really dank legion of epic badasses.”