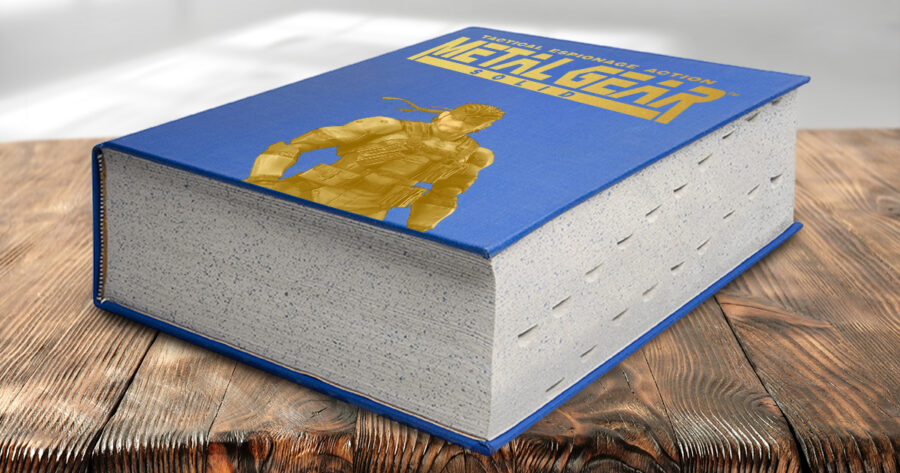 EL SEGUNDO, Calif. — Video game publisher Konami announced a new board game based on their iconic Metal Gear Solid franchise this week. The gaming giant aims to recreate the gameplay experience by including a 2,000 page dialogue script for players to recite during the game.

“With Metal Gear Solid: The Board Game, we wanted to truly immerse players in the MGS universe, and what better way to do that than with hour-long gameplay breaks to explain geo-political conspiracy theories?” said head writer Adam Phelps during a live gameplay demonstration. “This game really has it all: action, stealth, intrigue, and regular disruptions to the game to talk about the human genome project or Otacon’s weird boners for Sniper Wolf.”

While the game’s creators voiced their excitement for the product, those who were allowed to try out the game left the demonstration with mixed feelings.

“I love board games, and video games, so I was really excited to try this thing out,” said Max Fuller, who voiced Col. Roy Campbell during the session.  “Turns out, I didn’t even get a piece on the board, I just had to call the guy playing Snake every five minutes to talk about the fucking Gulf War. At least I nailed my 30 minute monologue on the first take, I might try some theater classes after this.”

Other players worried that the game’s complex setup would make it difficult for the average player to enjoy the game.

“The box says this thing requires a minimum of 25 players to fill all the speaking parts,” said Carla Santos, who voiced Psycho Mantis. “I’m a huge Metal Gear Solid fan… how the hell am I supposed to make 24 friends?!”

Despite the mixed reactions, the game’s creators are already working on another faithful adaptation of a beloved Konami franchise: A Silent Hill card game that they plan to have fully cancelled by mid 2019.