Marvel Snap Currency: How To Use Credits, Boosters, And More

What do all these numbers actually mean? 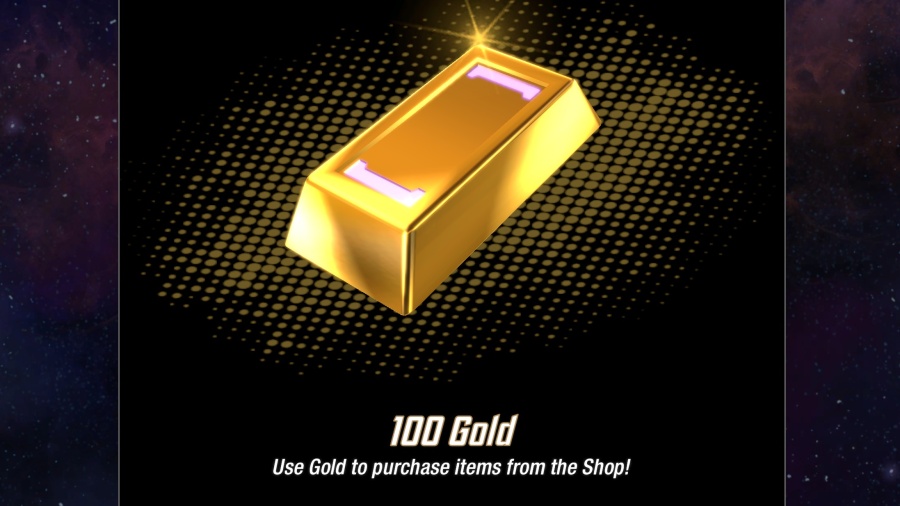 Marvel Snap is the new rapid-fire card game from former Hearthstone developer Ben Brode for mobile and PC. It already feels similar to the good old days of early Hearthstone. Flashy cards, wacky effects, and plenty of stuff to collect. Marvel Snap is different in a few key ways, however. One of them: there are lots and lots of currencies and bars that jump up and down rapidly. At a glance, it’s a bit much. Here’s how to use currencies like credits and boosters, and cut through the chaos of mobile monetization. 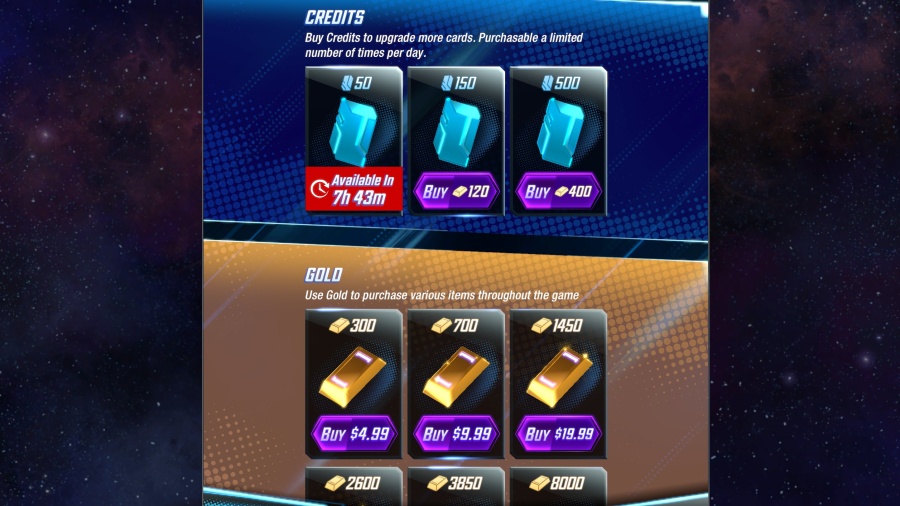 Credits: The blue thingies. These are the time-limited freemium currency. They’re used to upgrade the cards you own, giving them a bit of cosmetic flair. More importantly, every time you upgrade your cards with credits, your Collection Level increases, which is how you unlock most new cards. The core progression loop is to continually upgrade your cards, unlocking new ones, then upgrade the new ones too.

Boosters: The atom-looking thingies, displayed in green. These are the easiest currency to get: after every game, one of the cards in your deck gets a bunch for free. It’s also possible to win these as rewards for progression. Grey boosters apply to one of your cards at random, and named boosters apply to the named character specifically. Each named character uses their own pool of boosters. It’s possible to unlock variant artworks of some cards. These need to be upgraded separately from the original, but they draw upon the same pool. 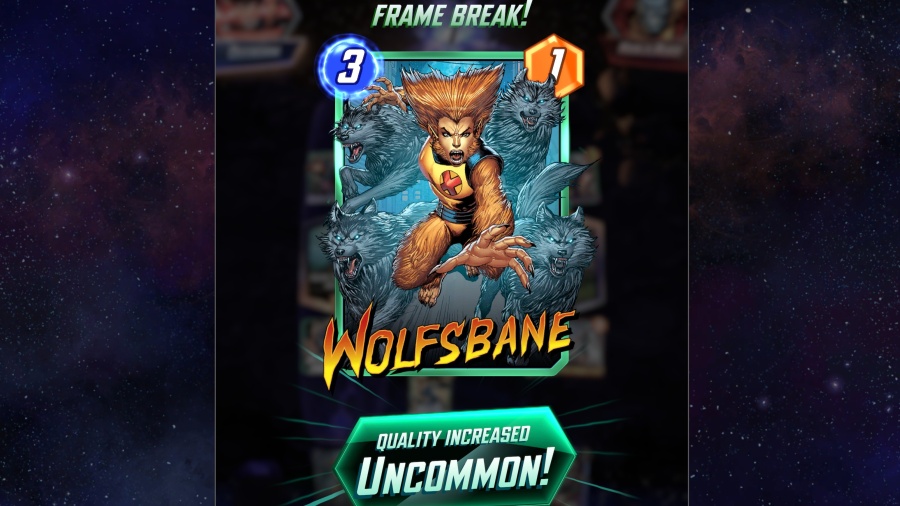 In Marvel Snap, upgrading a card takes both credits and per-character boosters. The progression looks like this:

There are two possible credit-spending paths. One is to focus your upgrades on the cards you like and use the most, making them prettier. This will drain your credits rapidly, but later upgrades are worth a few extra Collection Levels to compensate.

An alternate use for credits is the Fast Upgrade in the shop. This lets you spend extra credits to get the last few boosters you might need to upgrade a card right away. Never use Fast Upgrade. Boosters are free and you get them after every match. Credits replenish slowly: as mission rewards every couple of hours, or 50 freebies from the shop every half day. It makes no sense to spend slow, limited currency on fast, free currency.

Gold: I don’t need to tell you what color this is. It’s the premium stuff, purchased from the shop at the usual confusing mobile game conversion rates (2600 gold bars for just $34.99!). Gold can buy credits or refill missions instantly, which is like buying more credits. Credits come freely to those who wait, however, so spending cash on them is a bit wasteful. Instead, use Gold to buy Variants, the cheapest costing 700 bars. It’s like having a new skin for your favorite card, and a new Variant can be upgraded quickly for some easy Collection Level.

Money: Real money, used to pay the bills.  Money is used to buy Gold (for Variants or quick credits), but it’s also the only way to get the Premium Season Pass. The current season pass has a bunch of credits and boosters in it for free players, but spending $9.99 on the Premium is currently the only way to get several unique cards. That’s a big deal for collectors, as well as people who want to stay on top of the meta. Almost all cards in the game can be earned for free through Collection Level, but if the Premium Pass locks players out from more and more cards each Season, the game will get nasty real quick.

Collection Level: The green number below your avatar. It raises as you upgrade your cards, as detailed above. This is the main way players get new cards, a new one unlocking every 6 levels (a little longer after the first 200 levels). It also includes a regular infusion of credits and boosters, as well as some stranger prizes far, far above.

Season Pass Level: The purple bar to the left of your avatar. It rewards a mix of credits and boosters along with a bit of gold (important, since gold is usually cash-only). It’s also where new seasonal cards appear, but only with the $9.99 pass. Leveling the season pass is quick enough, at least, requiring seasonal missions that come in large, permanently active weekly groups. Worth doing for the gold, premium or no.

Season Ranked Level: The medal to the right of the “Play” button. During Marvel Snap, players are able to wager “cubes”. This is where they end up: the equivalent of player rank in Hearthstone. Ten cubes equals one level, and ten levels equals a new reward, granted instantly. Some of these rewards are unique season prizes. Currently, there’s an avatar at rank 40 and a card back at 100. There are also a bunch of credits and boosters to claim, along with a pile of gold at rank 90. The “wager”, however, is that your rank drops just as easily as it rises. If you want to prove your true skill, this is the number to watch. Some of it will carry over between seasons, too, so performing well will net you rewards both now and later.

There’s one other bar-going-up worth mention. On mobile, accessed through the News page, there’s something called “Symbiote Invasion Event”, which is different from the “Symbiote Invasion” season pass. This event automatically assigns players to the Venom or Carnage team, then lets them support their team by winning games. There are no listed rewards besides the mention of a pixel avatar. I couldn’t find the event from the Steam version of the game. If you’re invested, it’s worth checking mobile to see if you’ve missed anything.