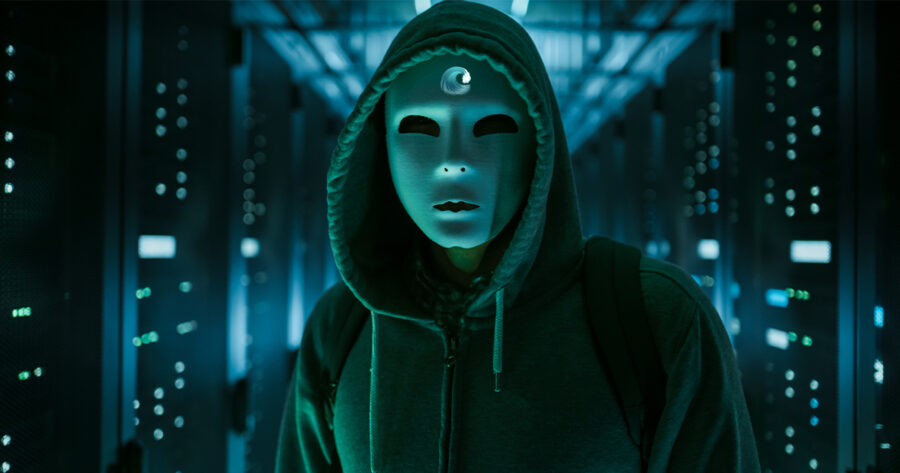 WASHINGTON — A group of moderate liberal hackers have broken into a federal data center with the altruistic goal of erasing student loan debt across the United States by a total of 1%.

“We are the Blue Surfers. The Blue Wave came and we are the ones who ride it,” said a masked figure, presumably the leader of the anonymous hacker collective, in a video that appeared on social media this morning. “We Voted Blue No Matter Who, but it was not enough. Now it’s time for We the People to take matters into our own hands, and make things right for once and for all. As of today, we are wiping out 1% of all student loan debt across the country. Enjoy your freedom, America.”

“This is our country. We are the majority. It’s time we take back what’s ours. And that begins with putting several dollars in the pocket of every American with student loan debt. This is the beginning of a massive shift in power,” the video continues. “Now that we sit at the levers of power, we must recognize that they should only be pulled by those intelligent enough to recognize that we also shouldn’t punish Americans who already paid off their student loan debts. Fairness is our greatest virtue. Welcome to the future. This is the Great Means Test.”

Reactions from around the country were mixed along political party lines.

“Holy shit I’m crying. I can’t believe this really happened,” said Isabelle Lopez, a Democrat living in Austin, Texas. “It’s almost unbelievable to think that someone was able to actually go into the system and actually put money in my pocket. And by ‘money in my pocket,’ I mean making it so that I don’t have to pay a little bit more money, several years in the future. This is going to change my life forever.”

“This is just absolutely fucking ridiculous,” said Mark Guest, a Republican living in Rochester, New York. “What’s next? They’re going to give everyone in the country a $400 voucher to go to public universities?! You used to actually have to work hard in this goddamn country to succeed! The Marxists are taking over this country and they’re running it into a fucking grave.”

At press time, many of the Blue Surfers hacker collective revealed their identities in exchange for full time positions on various news networks.