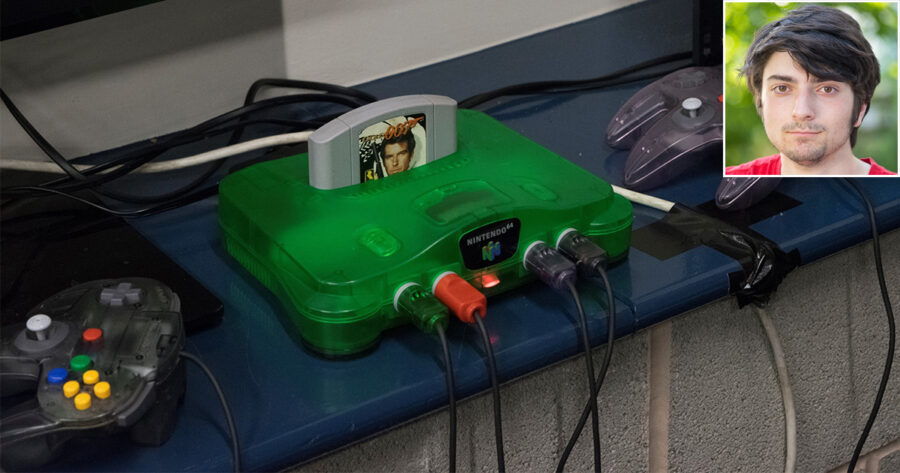 SEATTLE —  Finding himself continuously unable to afford modern consoles, Blake Sherman reportedly insists that he simply has an affinity for games produced before he lost the expendable income necessary to afford them.

“Games today are a bunch of overpriced bullshit,” said the unemployed Sherman, while professing his love for the classics. “Give me retro stuff any day. They just don’t make them like they used to anymore. All that bullshit they’re putting out now pales in comparison to the games of my childhood. Seriously, has there been a game anything like Super Metroid since? I didn’t think so.”

Though largely unaware of what the current generation of gaming has to offer, the consistently destitute Sherman regularly insists that he’s doing himself a favor by staying unaware of today’s biggest games. Some friends and family members have hypothesized that this to compensate for the fact that he hasn’t been able to afford a new system since making an ill-advised purchase of a Philips CD-i in 1995.

“Yeah, he says he prefers old games, but I had to fake a back injury to get him out of my house and off of my PS4 at Thanksgiving,” said Sherman’s cousin Wendy Hollard. “He was playing Red Dead Redemption and kept crying and trying to touch the things he saw in the screen. It was pretty intense. I told him he could take some food home if he would just go.”

“Oh yeah, Breath of the Wild?” Sherman replied, incredulously. “Get real. Everyone knows the last good Zelda game was Wind of Gamelon for the criminally underappreciated CD-i.”