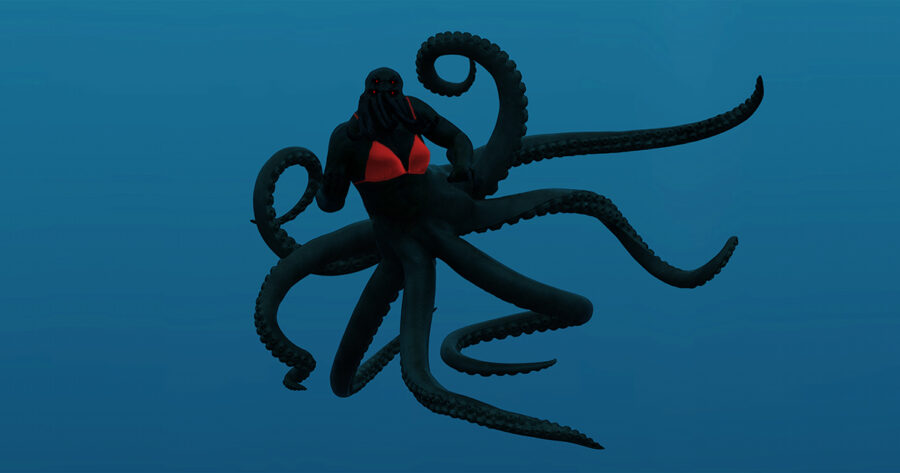 CONWAY, S.C. — Hugo award winning writer Bill Fender has dropped the first teaser of his next novel, Space Controller, which features an alien race with each female member of the species possessing gills, tentacles, four eyes, and tremendous, symmetrical boobs.

“These are the NoUggos, the beautiful, mysterious race you will learn about in Space Controller”, said Fender in a press release, accompanied by an incredibly detailed piece of concept art for the species. “In appearance, the NoUggo people have dark green skin, gills, four terrifying eyes, and — don’t worry — massive, perfectly balanced alien honkers. It’s fun to get a little out of control with the way these aliens look, so long as we don’t forget to make sure they still have those very important breasts. Or else what are we even really doing?”

“As for the rest of the book,” Fender added, “I haven’t even started that shit yet.”

“I wish Fender would just write one story that doesn’t mention boobs,” said one fan, Lydia Briggs. “I mean I actually really like some of the world building ideas surrounding the aliens in the book. The tentacles seem to serve a genuine anatomical purpose and Fender seems to have gone to painstaking lengths to describe the reason the aliens have developed four eyes. So why the hell do they need breasts?! They don’t need to produce milk! Just stop while you’re ahead!”

“The NoUggos’ home planet is currently facing steeply declining birth rates. Each and every inhabitant of NoUggos is pressured to find a mate to have steamy, reproductive sex with or to be considered a hindrance to the planet’s survival,” Fender explained. “Don’t you see?! The NoUggos need the boobs! It’s absolutely crucial to the plot and the characters! Without the big mommy sci-fi milkers, the story is nothing!”