The Day I Just Woke Up Jacked 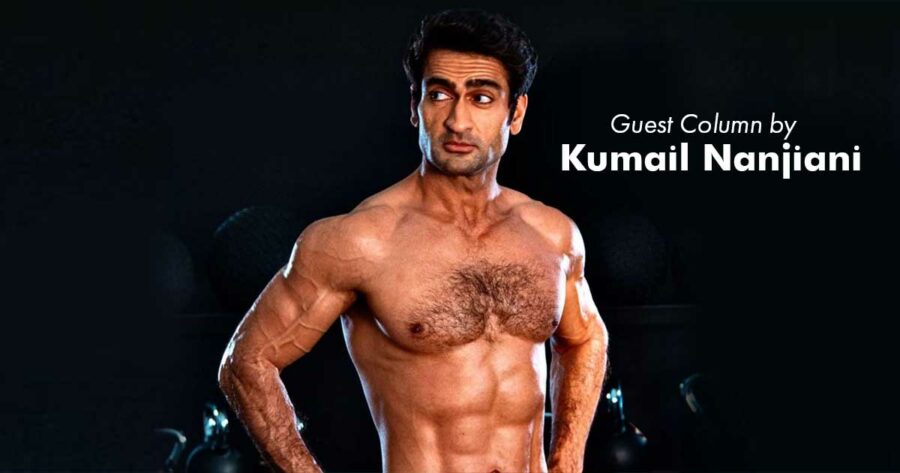 I’ve lived a pretty wild and lucky life so far, there’s no just no way around it. When I look back on this strange and chaotic journey, there’s one day among them that stands out among them all, one that I recall with a vividness that surprises me even to this day. One that I’d like to tell you about today.

I’m not talking about my wedding day, and I’m not talking about the day I was nominated for an Academy Award. No, it was easily the day in 2019 that I just woke up jacked out of nowhere. It was bizarre then, and I still don’t truly understand it, but I am forever grateful for whatever cosmic or supernatural event it was that gave me, the nerdy stand-up comedian and podcaster, washboard abs and thighs you could play racquetball on.

It was reminiscent of a scene out of some body swap movie. Like when Tom Hanks wakes up in Big, or the girls realize what’s happening in Freaky Friday. Only the catch in this movie was I was still me, I just had grown dozens of pounds of muscles as I slept! Every part of my body that I touched revealed some new bulge or contour; every object I encountered in my home became easily thrown across the room. Doors I opened came off of the hinges. I felt like The Incredible Hulk, only I wasn’t particularly angry about anything. Just confused.

So okay, convincing Emily of my newfound Jackdom would have to wait until I could see her in person. For now, I had a career to worry about.

The first point of business was perhaps the hardest of this whole journey; I had to ring my friend Michael Showalter and tell him I didn’t think I could appear in his upcoming film, The Lovebirds.

Much like Emily, he didn’t believe me. I asked him to meet me for lunch. Even after seeing me and poking at my body, he was still skeptical. He asked why I would spend so much time applying these prosthetics and that if I didn’t want to do the movie I should just tell him. So I picked him up over my head in his chair like it was a bar mitzvah and I told him I wasn’t joking. The only difference? I was the one becoming a man.

I put him down and he silently gathered his things and left the restaurant. I was worried, but he called me ten minutes later and said he was sorry for ever doubting me. I returned home to find a fresh rewrite of The Lovebirds had appeared in my inbox. The character was jacked now!

While looking over the new draft in my kitchen, I heard a knock on my door. I hadn’t buzzed anyone in, so I thought maybe it was a neighbor, but boy, I’ve never been more wrong.

I opened the door to find former WWE Champion and current movie star Dave Bautista smiling at me, asking me what the hell took so long. He was holding a pit bull in his arms. He let himself in and plopped himself down on my couch. Said we were friends now. Then he asked me what I had to eat. He said I would have to throw out a lot of that crap in my kitchen if I wanted to stay jacked.

I asked him if it hurt to be hit in the back with steel chairs, and he said a little, but what hurts worse is not being considered for the serious acting roles you’d like to do. I was sad to hear my friend admit that, but also still very confused about what was happening. He said he had a match at WrestleMania the next week and that he needed me in the front row. I said I had a stand up tour coming up. He laughed and then his dog shit on my carpet and he laughed even harder. He said I still didn’t get it.

That’s when it happened. He grabbed me by the throat, hoisted me up in the air, and slammed my back right through the dinner table Emily’s mother had gifted us for our wedding. I broke through and laid in a pile of wood and smashed plates.

“How’d that feel?” my friend Dave Bautista asked me.

“Actually…. Not bad,” I told him, as I realized how fine I felt.

“There’s a call I think you should take,” he said, as he dropped his phone onto my chest.

“Hello,” I said, not thinking to look or ask who was on the line first. (When did the phone ring??)

“Hello, Kumail. This is Marvel. We hear you woke up jacked and wanted to reach out and say congratulations, and wondered if you’d ever heard of a group called The Eternals.”

Wow. Marvel was on the phone and Big Dave was in my living room. All this and it was barely past two in the afternoon. Things were looking up for ol’ Kumail.

Emily came home later that day. She thought it was really cool that I was jacked now and apologized for not believing me earlier.