When Asked Who His Favorite MCU Character Is, Harrison Ford Says “I Hope Kevin Feige Falls Down a Well” 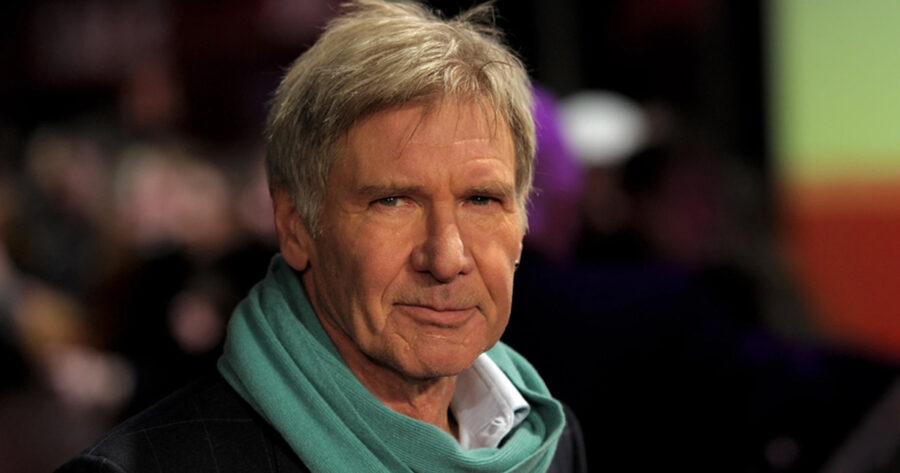 WHOA!!! Huge news for Marvel heads because we got Harrison Ford — a.k.a. the new THUNDERBOLT ROSS — to give us a TELL-ALL interview where he revealed some of the juiciest secrets of this massive superhero franchise! Please sit back, don’t make him angry, and enjoy this incredible interview with the terrific Harrison Ford.

Jeremy Kaplowitz (Hard Drive): Hey Harrison! I’m so glad we can e-meet each other again, even if it’s just over email! I know your rep said you still absolutely refuse to do any interview over the phone or Zoom, so I’ve prepared a list of questions for you to answer at your leisure. Congratulations on the big news that you’re playing Thunderbolt Ross! Obviously, take your time if you need it, but we’d love to get this interview out ASAP to capitalize on the casting story — that being said, I think if we get it out by October, that would be OK too!

JK: Thaddeus “Thunderbolt” Ross has been around since the Ed Norton Hulk movie, The Incredible Hulk, which was the second major Hulk film to come out under the Marvel banner, following Ang Lee’s 2003 film Hulk. Both films were panned, and of course, Norton was eventually replaced with Mark Ruffalo as Bruce Banner. Nowadays, however, there has been a bit of a resurgence in popularity for Lee’s original iteration of the character. Which version of Bruce Banner do you identify with the closest?

JK: What kind of preparation did you do to get into the headspace of the role? Have you been following the new storylines involving Thunderbolt Ross or are you more channeling the older iterations of the character?

HF: They told me all I had to do was show up for a few days and say some stuff. Now I’m told they booked me a plane ticket to Atlanta. Atlanta?! Are you kidding me?

JK: What are your thoughts on Thunderbolt Ross’ transformation in the comics to Red Hulk? Will we see a similar characterization in the MCU? Do you relate at all to the Dr. Jeckle and Mr. Hyde style character of the Hulk more? Or do you find yourself, like Ross, able to prevent reverting to your human form?

HF: One of my grandkids begged me to be in one of these superhero movies so I asked my agent and he got me into a meeting with this Kevin Feige guy. What a mistake that was. I was content just making my new film with Steve[n Spielberg — Indiana Jones 5], and now they got me standing in front of a goddamn blue screen waving my arms around talking to a puppet on a stick. I can’t believe I fell for this shit again. I thought I was smarter than this!

JK: Who do you think would win in a fight between Thor, Red Hulk, Wanda Maximoff, and Captain Marvel? Obviously, allegiances here would be set to neutral, but imagine the characters begin the battle as every-man-for-himself and then can form temporary alliances within the battle based on power levels and personalities.

HF: Fight? I’d like to fistfight Kevin Feige. I don’t care about the politics of Hollywood anymore. Those days are behind me. Way I see it, kid, I’ve been tricked. They got me by the balls, here. And the only way I see fit to solve this is to man to man. Me and this Feige guy, fists out. In ancient Germanic law, they’d do something called Trial by Combat. Two men — before God — letting their fists decide who’s right and who’s wrong. He wins, I do his damn movie. I win, and well, I’m pretty sure we know I’ll win, and I don’t do his movie. And that’s because there won’t be anything left of the man.

JK: Who is your favorite character in the MCU? If you could swap places with any other MCU character, which one would it be?

HF: I hope Kevin Feige falls down a well. I thought this movie was gonna be a one-time thing, but my agent just told me there’s like 30 of ‘em so far? Well some stories need to come to an end, and some men do too. It doesn’t have to be me who gives the final push, so to speak. Truth be told, though, I’d like it to be. Kevin, if you or one of your lackeys is reading this — one of those Russos you keep in your lair — know that I want to do battle. You know how to reach me, hell you’ve done it once before. Let’s end this once and for all. Come on, Kevin. Don’t you want to find out how much of a man you are? Don’t you wanna get in the ring with old Thunder Boy? [editor’s note: I think he means Thunderbolt here? As in Thunderbolt Ross? Not really sure.]

JK: How do you feel about the difference between Marvel movies and DC movies? Do you think that Black Adam and Zack Snyder’s re-released version of Justice League will reinvigorate the fans of that franchise? Or do you think that Warner Bros. Disney simply can’t compete with the likes of the MCU?

HF: You know what? You’ve convinced me. I’m going to do it. I know where the guy lives. I can just go over there right now and beat his ass. Only we get to decide our own fates, Jeremy [edited because it originally said Sean here but I’m pretty sure he means me]. You can sit by the sidelines and watch your life fly by or you can take matters into your own hands and beat the shit out of the man who put you in the coffin you’re stuck in. That man, for me, is Kevin Feige. And I, Harrison Ford, and am going to pummel him until he’s nothing. Thank you for helping me come to this conclusion. We’re in this together now.

JK: I’m sure you’ve heard of the growing tensions between Marvel fans and Marvel haters following some especially rude comments from directors Martin Scorsese and Quentin Tarantino. Where do you stand on the war between these two camps? Do you resent Tarantino and Scorsese for saying this movie you’re working so hard on isn’t “real cinema?”

HF: Gonna pick those guys up on the way and see if they wanna come.

JK: Well thanks for chatting with me today, Harrison! I’m so excited to see what you do with the franchise and I hope to see your portrayal of the character for years and years to come. Cheers to you, Red Hulk, and Kevin Feige for making all this happen!

HF: [Harrison did not answer this question].

Want more Harrison Ford fun? Check out our interview with him about STAR WARS!