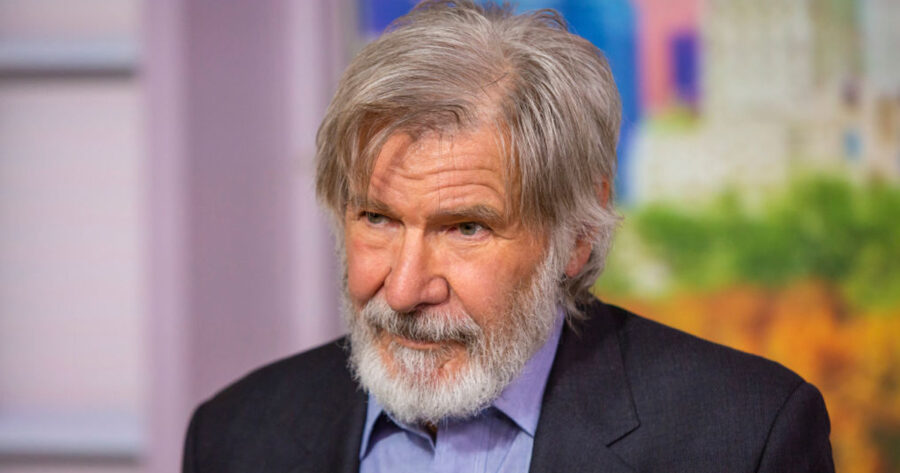 Whoa!! We have huge news for Star Wars fans because Han Solo actor Harrison Ford did a TELL-ALL interview with Hard Drive and revealed some juicy secrets that have never been disclosed in the history of the franchise! So sit back, don’t get cocky, and enjoy our once-in-a-lifetime interview with the great Harrison Ford.

Jeremy Kaplowitz (Hard Drive): Hey Harrison! It is truly such a pleasure to meet you (even if it’s just via email!). I know you said you absolutely could not do an interview over the phone or Zoom, and I totally understand by the way, so I’ve prepared a list of questions for you to answer at your convenience. When you’re done, just email them right back here! We don’t have a timeline on this at all, but if you could send them over by, like, October, that would be great.

JK: In the original script for Return of the Jedi, Yoda’s return or death were not included at all. According to some accounts, Lucas only included Yoda in the final film of the original trilogy after a child psychologist suggested it to him. How do you think the series would have been different had Yoda not been in Jedi?

JK: Do you think that the more diverse cast of the sequel movies were a good or bad decision? Did it add to the ever-growing saga or was it something done to appease vocal critics of the franchise? What do you think is the perfect amount of diversity in the Star Wars franchise?

HF: I met one kid who was very nice, I think he said he was from Taiwan. He helped me set up the green screen in my house to film my part.

JK: What would you say are the top 10 most iconic scenes in the Star Wars franchise?

HF: The space one.

JK: How do you think the prequel movies compare to the sequel series? Does The Last Jedi really deserve the hate that it gets? What about The Rise of Skywalker? How do you feel about fan backlash towards these films?

HF: I don’t think I was in those. I was in something, I don’t know. Every day of my life, I wish that I was never introduced to George Lucas. They gave me so much money… but I would have made it anyway. I was in a lot of stuff. I don’t need this shit.

JK: If Han Solo were a real person in real life, who would be his celebrity crush? Do you think, if he ran for President of the United States, he would win? Which party would he run under? He seems to have libertarian leanings.

HF: It’s like that thought experiment. A man comes to your house and explains that, if you press a button, you will get millions of dollars, but someone you don’t know will die. I pressed that button. I got my millions of dollars. But I didn’t think I’d be the one who died. And I’m in Hell now, aren’t I?

HF: I wish George Lucas would die. I fantasize often about his death. I used to imagine myself being the one to kill him. My hands slowly close around his throat as he yelps like one of his disgusting little creatures. These days, I’m not so selfish. I don’t need to be the one to do the job, I just need him gone from this Earth. George, if you’re reading this, and I know you are, I hope you die.

JK: Did George ever tell you the name of Han Solo’s canonical parents in the film? What kind of backstory did you invent for the character in your head when originally playing him?

HF: Maybe it’s not selfish. Maybe I just need to do the world this service.

JK: What was your favorite thing about working with the cast of Star Wars? What about George Lucas himself? How did the demeanor on set change between the low budget A New Hope and the higher budget The Empire Strikes Back?

JK: Do you approve of the use of CGI to bring back iconic characters? After you die, would you want the franchise to keep using your image to bring Han into the franchise as prequel films? Or would you prefer they use a younger actor to portray the role, such as Alden Ehrenreich?

HF: I’m putting on my pilot goggles. I’m taking out the plane. There’s blood on both our hands here, Jeremy [edited because it originally said Scotty, but I think he means me]. But it’s the good kind of blood. We’re at war, here. We can’t keep living like this. George has to pay for what he’s done to us. What he’s done to all these kids. We’re all victims of this sick carnie and his bag of tricks. I don’t care what they offer you — money, fame, the world — don’t be in a Star Wars. We need to cut it off at its head. Humanity is preserved by those brave enough to do what’s right. It already feels like relief.