Guy With Triforce Tattoo Neither Courageous, Nor Powerful, Nor Wise 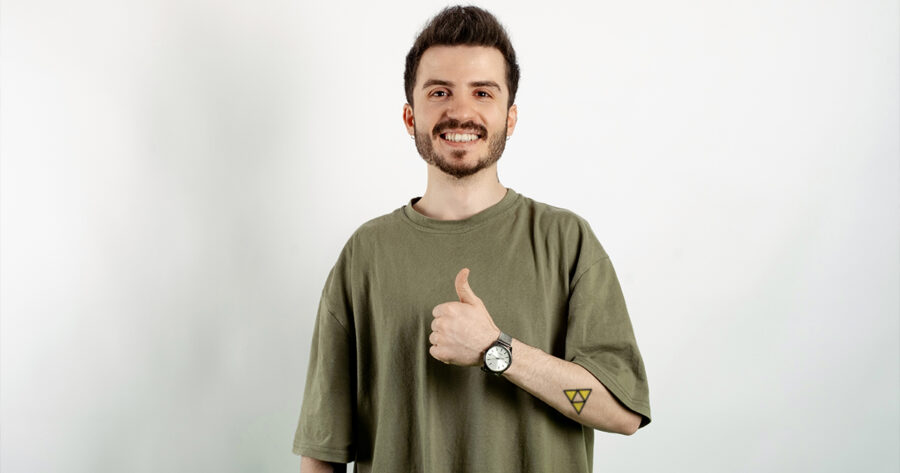 AUSTIN, Texas — Local man Kenneth Cochry, 27, has the distinctive Triforce design from the Legend of Zelda series permanently inked onto his left arm, despite the fact that he is reportedly neither courageous, nor powerful, nor wise.

“I would not in a million years use the word ‘courageous’ to describe him,” said Kenneth’s roommate, Rachel Graff, right in front of him in an assertion of his blatant lack of courage. “I’ve known Kenneth since middle school, and this dude’s a total pussy. What? Are you gonna stand up for yourself? No? Didn’t think so.”

According to those familiar with the situation, Cochry’s lack of courage, power, and wisdom can clearly be linked to his past. Pitying sources say that the weak, dumb coward still doesn’t know how to do his own laundry and can still be seen bringing loads home to his parent’s house in suitcases every other weekend.

“Kenneth’s mother and I really regret letting him get that damn video game tattoo,” said Kenneth’s father, Bill Cochry, as he moved his son’s clothes from the washer to the dryer. “If the kid was wise enough, he’d get it removed with lasers so he can be buried in the same cemetery as his grandparents like we’ve been planning. I’ve been withholding his allowance for a few months to teach him a lesson, so I’m sure he’ll wise up soon.”

“And in a situation against Ganon? Heh. Don’t even get me started,” Bill Cochry added. “Kid’s no Hero of Time, that’s for sure.”

Kenneth’s soon-to-be ex-girlfriend, Darby Patters, has publicly come forward and issued him an ultimatum to turn his life around in three days or watch her leave.

“Today’s the dawn of the first day. 72 hours remain for him to get his shit together or I’m leaving,”  said Darby as her boyfriend left in a hurry to hot-box the car and calm his nerves. “It’s really sad what he’s become, honestly. He’s a shell of the man I once fell in love with. He has no heart left. It’s really clear, too, that it all started with that huge mistake of a Zelda tattoo. I hope he gets help, I really do.”

When asked for a comment, Kenneth yelled and spun around in a way that would have been alarming if it didn’t seem identical to the way Link acts when he loses all his hearts.