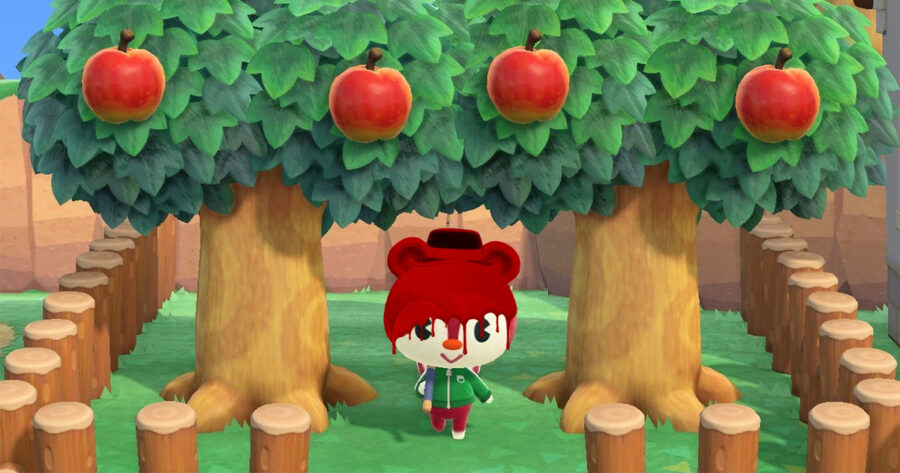 BRAMPTON, Ont. 一 Local college student Emma Singh reportedly fired up her copy of Animal Crossing: New Horizons for the first time in six months, only to find Poppy the Squirrel, the sole remaining villager, covered in the blood of her island’s other residents.

“I thought maybe things would be a little overgrown with weeds everywhere, but this was like a nightmare,” Singh. “Before I could go back in my house to get away from her, she ran up to me with the ax and a big smile. She said, ‘You’re back! I’m so happy! I go a little bit cuckoo when you’re not here, nutty.’ Then she skipped away, humming, like nothing had happened. She even walked right over Sherb’s dead body. I wanted to puke.”

“That being said,” Singh added, “at least my debt to Tom Nook got erased.”

According to those familiar with the situation, Singh tried to clean up her island, dragging the bodies to the beach where she hoped they would wash away, but the following morning she found them piled up outside her home with Poppy standing beside them.

“Why did you destroy my art, nutty?” Poppy said. “I don’t want to have to punish you too.” She then fumed, little cartoon smoke blasts emerging from her scalp.

Singh then tried to reset her game so that she could start a new island, one free from the mistakes of the past.

“Whenever I tried to reset, Poppy would appear and start screaming in this loud high-pitched voice. It freaked me out, so I just put the console in that drawer over there. Sometimes, late at night, I can still hear her calling to me. Poppy’s voice, which sounds like a child speaking gibberish after inhaling a balloon’s worth of helium, emanated from the drawer until the system ran out of power. Is this a new DLC thing? I’m really not into it!”

As of press time, Singh is still debating whether she should trade the console into GameStop or not. “I have all my Pokémon on that Switch too,” she explained. “Unless Poppy got to them already.”