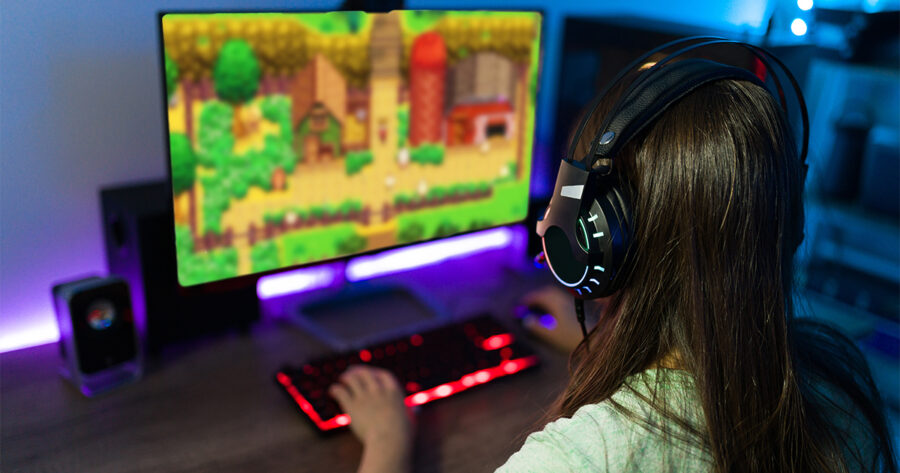 “Talk about a monkey’s paw situation. The whole eight years we’ve been dating she’s been so dismissive of video games and I knew if she just gave them a shot, she’d actually like them a little bit. Well I fucked that up entirely,” Gilmore said. “It’s been a month and she’s barely left our apartment. She just sits there cultivating her fucking farm or whatever. I think she’s even married to some guy in the game too; I’ve basically been replaced! I just miss my girlfriend so much. I had no idea what it was like to be dating a gamer. I want to go back to the old way! I’ll even give up gaming, myself! Please!”

“She used to do all the chores around the apartment and I always said I was too busy, but really I was just trying to hang out with my friends in Apex Legends,” Gilmore added. “Now I’m doing all the chores and it’s like, whoa, these are actually pretty fucking annoying! I tried to get her to help me out, but she was passed out on the couch mumbling about trades or some shit. I’m losing my fucking mind here.”

Despite Gilmore’s cries for help, the couple’s friends have been mostly unwilling to side with him on the issue.

“This was what you get for trying to force your partner to get into the same hobbies as you. She said she didn’t like video games and he pushed and pushed and pushed. Well maybe he got what he deserves,” said Gilmore’s and West’s longtime friend Olivia Bateman. “If anything this is just the gamer equivalent of the guy who begs his girlfriend to open up their relationship and then cries when she fucks a lot of other people.”

When pressed to comment, West was uninterested in an interview.

“What’s that?” she asked before pausing for several minutes. “Sorry, trying to catch this fish for the contest. Who are you?”