How to Improve at Using Stringers (Bows) in Splatoon 3 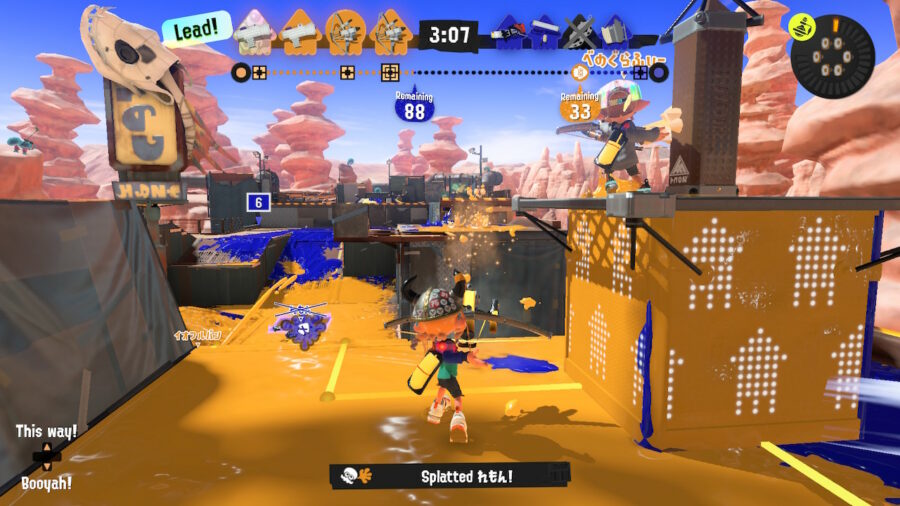 Stringers, sometimes known as bows, are the newest weapon type introduced to Splatoon 3 and making their debut in this new title. As a result, many players may not know how to use this new and unique weapon type, how to get the most out of its functionality, and what to partner this weapon with in order to get the maximum functionality from the bow and take down opponents.

This guide is here to help with that by offering everything you need to know to use Stringers in Splatoon 3, from the very basics of how these weapons work to which modes and strategies will maximum splats and victories.

How to Use Stringers (Bows) in Splatoon 3 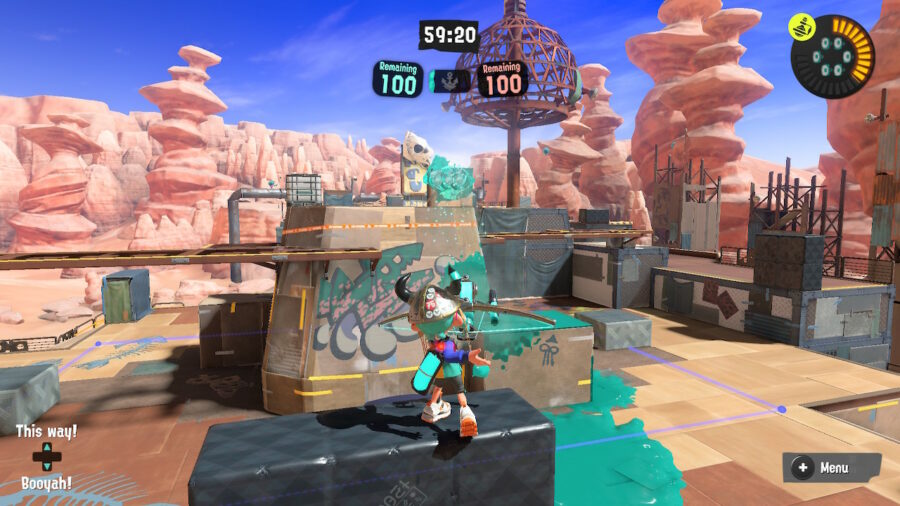 Stringers or bows in Splatoon 3 function as mid-to-longe range weapons that acts as a precise bow offering a range of attack options against an opponent. Two bows are currently available for players to use in Splatoon 3, but both function similarly to one another.

Stringers have one of three attacks depending on how long you hold the ZR button to fire a shot. Tapping the ZR button essentially functions as a way to ink turf, firing a short-range wide triple-shot directly in front of you that inks the turn around you. This will not deal much damage to an opponent and should only be used in last-ditch short-range combat due to its rapid fire capability when the enemy is directly in front of you. To effectively use the bow you will want to fire from a distance and use the charged attacks, which vary depending on how long you charge the bow.

Holding the ZR button until the first circle around the aiming reticle in the center of the screen has filled up will fire a mid-range shot directly in front of the player. This will fire in a narrower radius to the initial shot fired by the bow, but will travel a longer distance. By holding the bow until the shot has charged fully, this longer-range attack will travel even further again, allowing you to attack enemies and ink turf that is even further in front of the player than even a partially-charged shot is capable of doing. 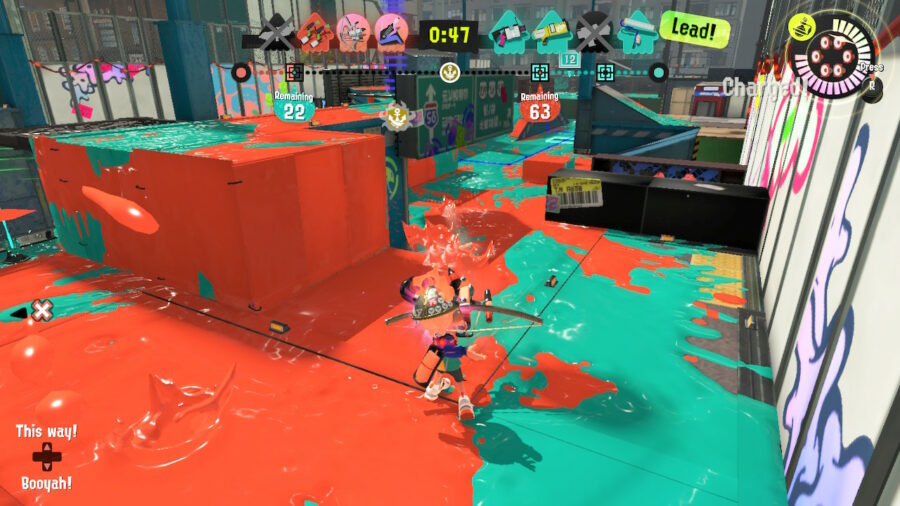 As of Splatoon 3’s launch there are a total of two stringers available for players to use. These are:

Both of these stringers function strikingly differently depending on the option chosen. The REEF-LUX 450 is designed for closer-range combat as a fast-charge, fast-firing weapon. This is supported by its Curling Bomb sub-weapon, which not only acts as a bomb that can travel along the ground but can also be used to push further into enemy territory by swimming in the bomb’s ink trail.

The Tri-Stringer is designed as a long-range combat weapon similar to a sniper, but with a different firing frequency and ink trajectory. While a sniper will fire a straight line of ink directly in front of the player from its initial firing location, the Tri-Stringer will fire an arked shot that will only minimally ink the floor on its journey. When the semi-charged or fully-charged tri-shot lands, however, the triple shot from the archery shot will explode in a small radius around the landing point, dealing up to 84 points of damage depending on how close an enemy is to the exploding shot.

This makes it a weapon that can act as a great counter to enemy snipers by forcing them to move from their position in enemy territory while firing from a distance, as well as being particularly useful in Tower Control as an explosive deterrent to opponents considering approaching the tower.

What are the Best Support Abilities to Use for Stringers (Bows)? 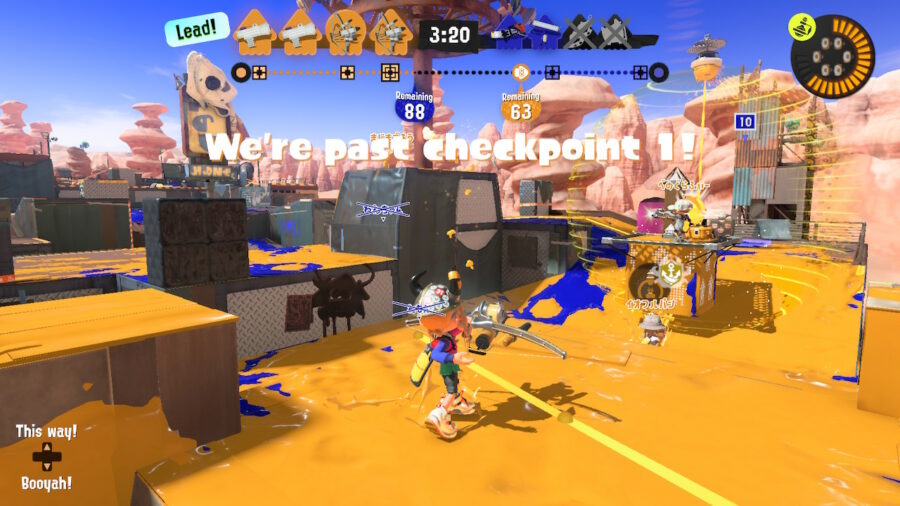 As you will spend much of your time using this weapon outside of the ink firing at enemies from a distance, we feel that Run Speed (Up) is the best support ability for Stringers in Splatoon 3. This allows the firer to remain agile while above ground to avoid enemy attacks and get into position to fire a shot of their own.

Similarly, the improved accuracy after jumping offered by Intensifying Action makes it an optional support ability we would recommend being used in a minimal capacity of 1-2 support slots in any clothing ability composition used to compliment the Stringer weapon.

As a mostly-distance shooter who will in theory rarely be splatted due to not appearing on the front lines, it is likely that you will regularly charge your special. The Tenta Missiles of the REEF-LUX 450 and Killer Wail 5.1 of the Tri-Stringer are both powerful special that, if using the weapon correctly, will be fired multiple times during a match. Therefore, we can strongly recommend the use of Special Power Up to your composition.

The Stringers in Splatoon 3, due to the small amount of ink fired with each shot and the little ground they cover with these shots, uses little ink per shot, while the Tri-Stringer is supported by Toxic Mist rather than a conventional bomb. With this in mind, we would not recommend the use of Ink Saver (Main) or (Sub), as well as Sup Power Up for this weapon type at this time as it is mostly unnecessary. If more weapons release in the future with different support abilities the use of Ink Saver (Sub) may be considered, but neither of these weapons will benefit much from their usage. 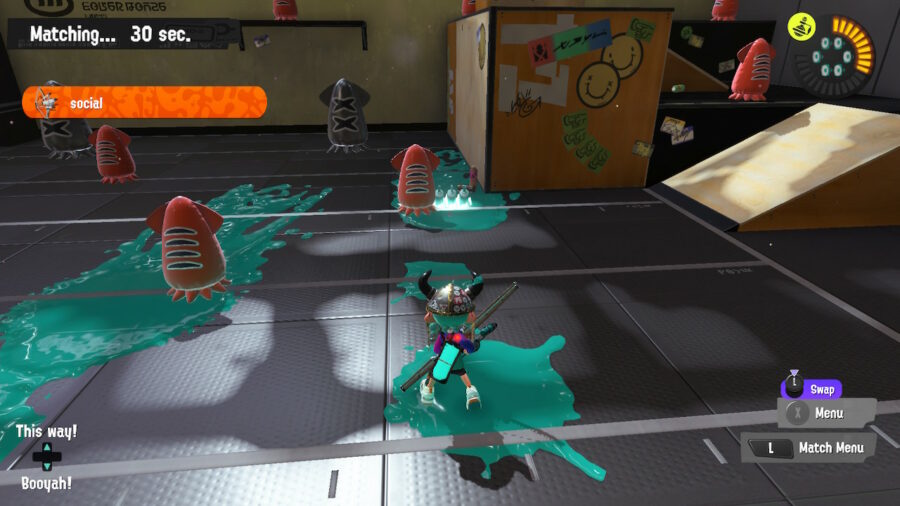 The Tri-Stringer in Splatoon 3 benefits from the addition of explosive tips when a charged shot is fired from the weapon. We recommend this is used to deal area damage to groups of enemies when firing from a safe distance, as well as fired near walls to damage enemies hiding behind them.

Depending on how close the enemy is to the shot these small explosions can deal up to 84 points of damage out of 100 needed to splat an opponent, making them deadly when used correctly as well as a deterrent that can control certain areas of the map by keeping opponents, particularly snipers, away.

This is particularly useful on maps with a lot of vertical terrain and maps with walls that can allow players to hide from your direct line of sight but may be hiding behind walls until they have charged their own weapon or are ready to fire a shot. A particularly good example of this style of map is on Scorch Gorge, which includes a large central platform and numerous high platforms at either side of the map’s center that guide players along a set path or a wall climb towards the center.

Firing charged shots towards the edges of these walls provides an opportunity for you to grab occasional splats from enemies who may think they are safely hidden behind the walls.

What Modes are Best Suited to Using Stringers (Bows) in Splatoon 3? 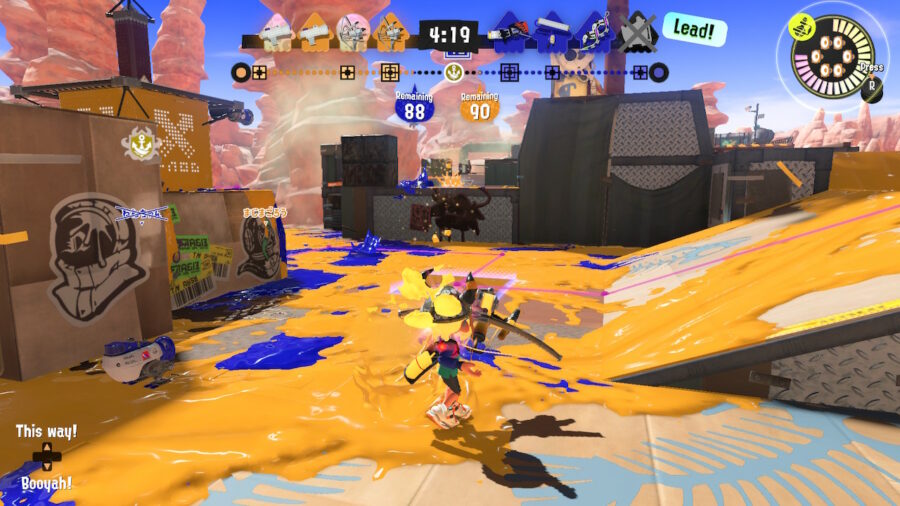 Due to the low ink coverage of Stringers in Splatoon 3, we do not recommend these weapons are used in Turf War, instead recommending these weapons in Tower Control or Rainmaker. These modes are best for the weapon as in each mode players are being guided towards a certain location by an objective and there is one singular focal point where quickly defeating an enemy before they reach a certain position is imperative in order to avoid defeat.

In Tower Control, the Tri-Stringer is useful for its explosive capabilities when fired directly towards the tower as a deterrent and damage output attack similar in strength to that of a bomb when exploding and hitting an enemy within its radius. In Rainmaker, attacking an opponent edging towards the checkpoint or goal on a set path could stop them from progressing by splatting them in their tracks or making it easier to pick off support players protecting the Rainmaker on its journey.

Which is the Best Stringer (Bow) in Splatoon 3? 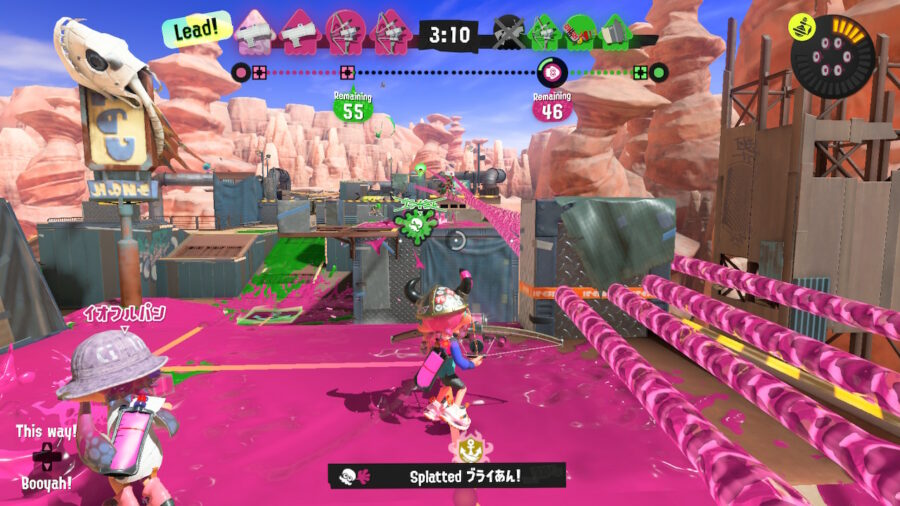 Of the two Stringers currently available in Splatoon 3 we recommend the use of the Tri-Stringer, thanks to its longer range and explosive charged shots. This allows the weapon to better fit within its long-range support slot within a competitive non-Turf War team composition that can effectively crowd-control enemy snipers and opponents by blocking certain sections of the map from traversal with explosive-tipped archer shots.

This not only makes it possible for you to get splats from any player who chooses to ignore your controlling shots, it also makes it easier for opponents to know where enemies are going to be while not having to deal with snipers who could pick them off when making an offensive.

This is an all-new weapon type introduced with Splatoon 3, and as the game continues to be updated it is possible that the game could receive further updates that allow for greater variety in playstyles with this unique weapon type. Stringer weapons offer the opportunity to fire shots where it was previously impossible for other weapon types to reach thanks to its long-range arched shots, making it possible the weapon could evolve to further uses over time. As of now, its controlling presence makes ti a force to be reckoned with.