Between Harmony and Discord, you may find victory! 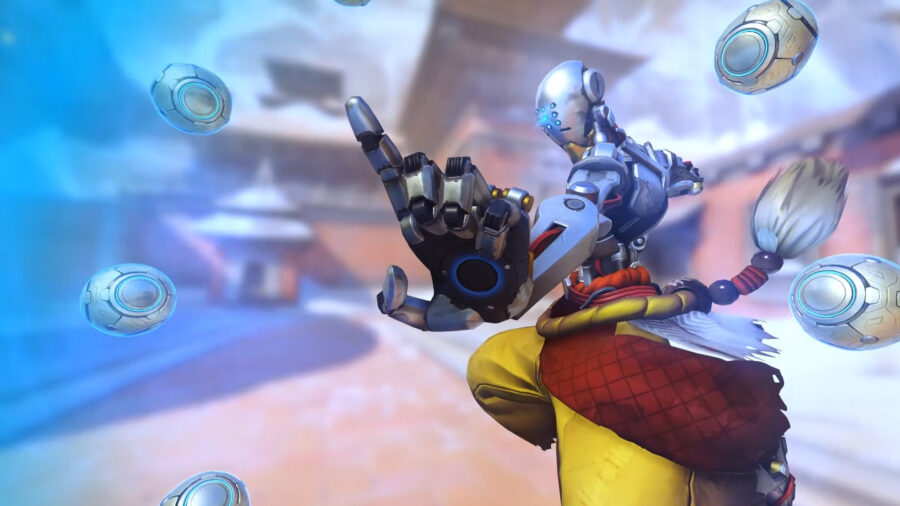 The calm and meditative Zenyatta is a strong support character that players can play with in Overwatch 2. He has a unique identity as support, considering he can not only heal his teammates but also facilitate several eliminations. Mastering Zenyatta depends on many hours of practice and deep knowledge about his kit which you can learn in this guide. 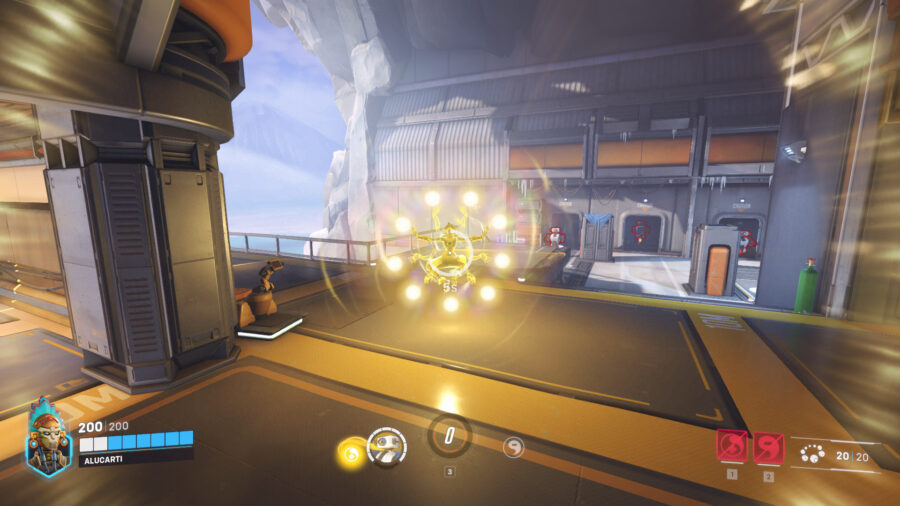 Zenyatta uses the Orbs of Destruction to attack, holding 20 of them before needing to reload. His Primary Attack shoots quite fast one orb at a time, while his Secondary Attack is a charging attack that can shoot up to 5 orbs at the same time causing a lot of damage. Since Zenyatta needs to stay far from enemies for safety, he was designed as a long-range character. Even so, some practice must be done in order to master the timing of each projectile.

In terms of abilities, the first one you need to learn about is the Orb of Harmony. This is Zenyatta’s healing skill. When used, Zenyatta places an orb on one teammate who is going to receive healing over time as long as they stay in your line of sight. If you lose sight of them, the orb disappears. It’s important to keep in mind that you can only place one Orb of Harmony, so if you want to heal more than one character, it will take a little longer. On the other hand, the skill has no cooldown, so swapping it to another character is pretty easy. 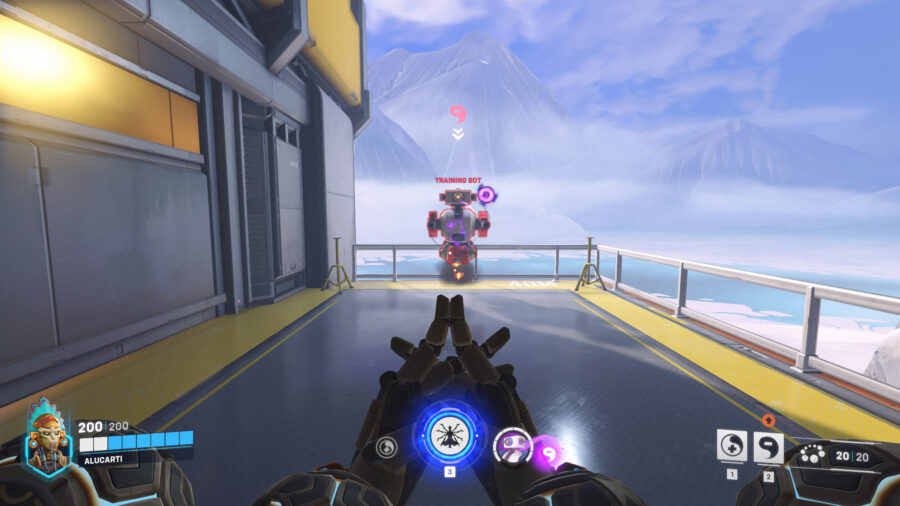 Zenyatta’s second ability is the Orb of Discord which works pretty similarly to the Orb of Harmony. However, this is a utility skill that increases the damage the enemy player to whom you have placed the orb takes. Thanks to Zenyatta’s changes in Overwatch 2, though, this orb disappears faster than the Orb of Harmony.

While both Orbs are the heart of Zenyatta’s kit, his passive skills help him stay alive during a match. The Support passive, which all support characters have received, heals Zenyatta after a period of time without taking damage. His second passive, Snap Kick, increases his melee damage and its knockback effect, which is great for Zenyatta to protect himself from enemy players that go after him at the backline.

To complement Zenyatta’s kit and give him a boost in terms of healing, he has his ultimate called Transcendence. By using it, Zenyatta becomes invulnerable to damage, but he still can suffer knockbacks. His movement speed is also boosted and Zenyatta creates a field around him that heals teammates. This is an important skill to ensure your team stays alive when the enemy team starts a fight. 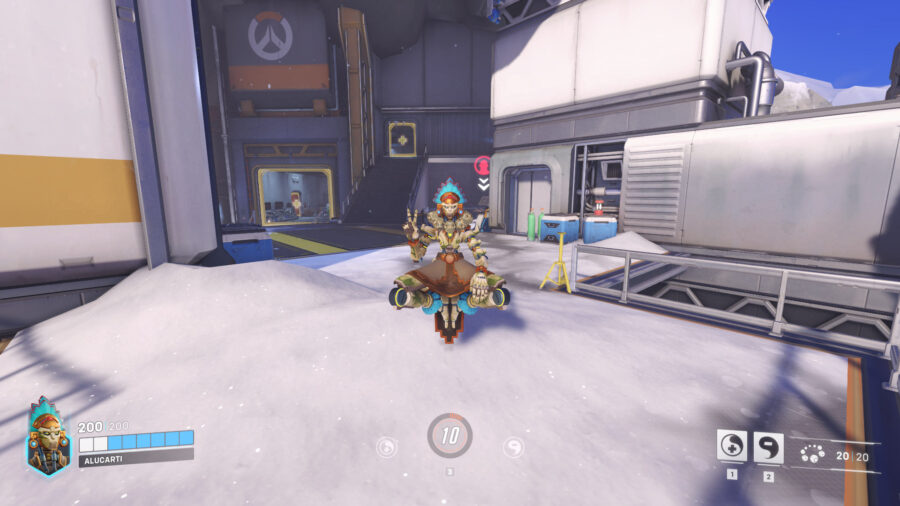 Compared to other characters, Zenyatta hasn’t changed that much since the first version of Overwatch. However, considering the minor tweaks he suffered, he has become a little more vulnerable to damage and at the same time, his kit forces him to get exposed more often. Here is the list of changes Zenyatta suffered in Overwatch 2. 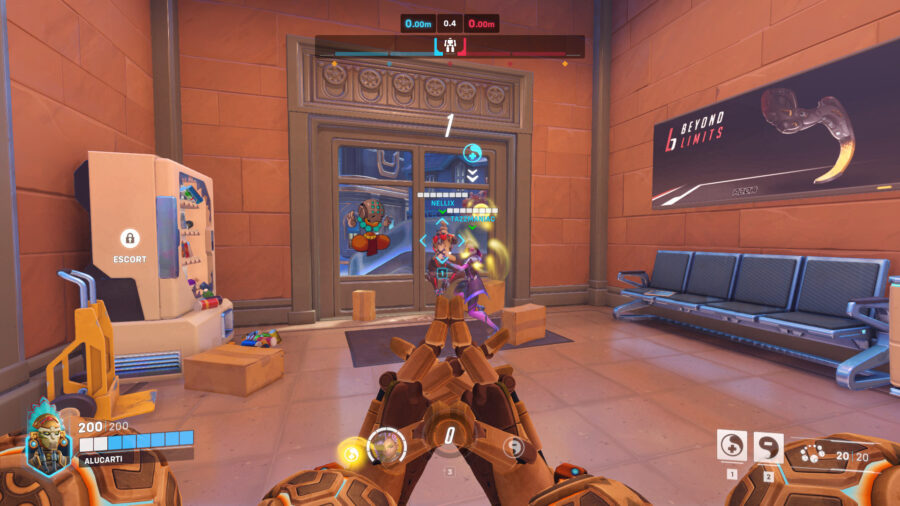 Players who pick Zenyatta are going to follow the basic ideas for any squishy support while also having in mind that this character has the potential for considerable damage output.

As a support, you are supposed to stay at the backline of your team. This will give not only room to attack enemies with your Orbs of Destruction, but it will also give you a better vision to track teammates and place the Orbs of Harmony and Discord.

The first important thing when playing Zenyatta is to keep your Orb of Harmony up all the time. Since he heals over regular intervals, maintaining it up in any teammate all the time may prevent their health from getting too low and reaching a point in which his healing is almost ineffective. Even when they are full-health, just place the orb on a teammate and keep track of the others to see if you need to replace the orb. 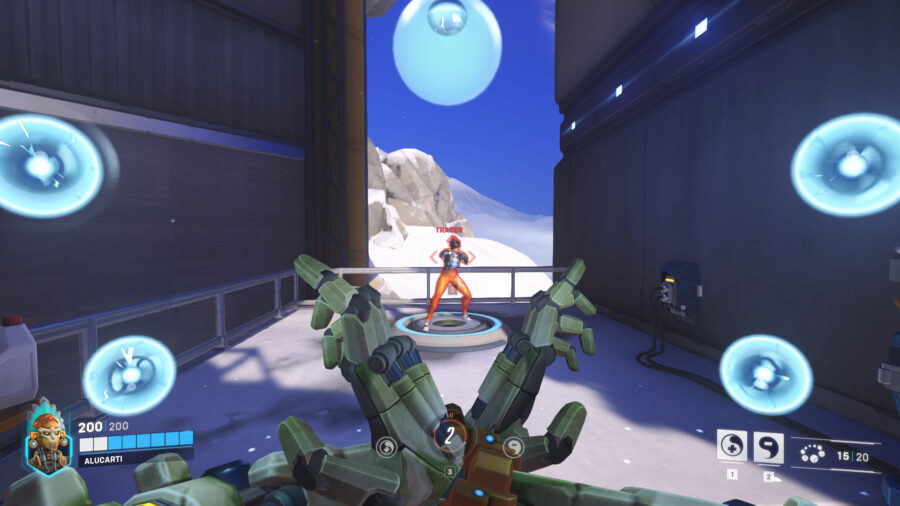 Zenyatta’s damage output is great and you should keep firing your Orbs of Destruction from afar. Give preference for the Secondary Attack in situations when you are facing squishy characters, such as the Widowmaker and Tracer. Otherwise, practice looking for headshots with your Primary Attacks.

Playing as a Zenyatta means knowing how to take the most out of his ultimate. Transcendence is an extremely powerful healing skill that can save you and your teammates from Pharah’s Barrage, Zarya’s Graviton Surge combo, and Genji’s Dragonblade for example. So, it’s more of a defensive skill! Save it for when you think the enemy team’s ultimates are up to avoid having your team wiped. On the other hand, since playing Zenyatta also means you’re constantly attacking, his ultimate gets fully charged considerably fast. Because of that, you don’t need to be afraid of using it to escape from a complicated situation or just heal your tank who took too much damage for your Orb of Harmony handle.

In terms of team composition, Zenyatta is a great healer to have alongside characters such as Tracer, Genji, and Widomaker, because the Orb of Harmony healing is enough for them. On the other hand, he is not a great healer to take care of the team’s tank. Because of that, pairing Zenyatta with a support character whose healing is stronger such as Mercy may be the best option. 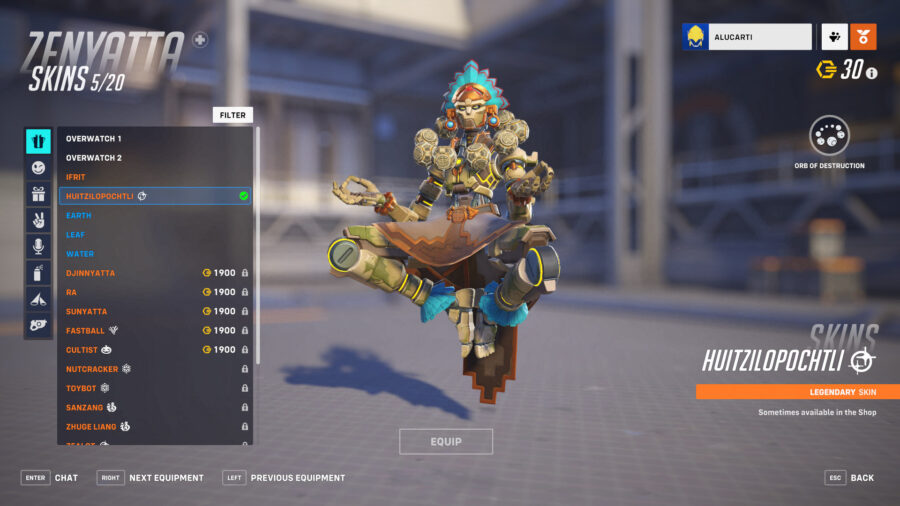 As of the time of writing this guide, Zenyatta has a total of 22 skins available in Overwatch 2. Many of them are tied to seasonal events, making their availability related to the period of the year.

You can now have fun playing as Zenyatta!