Take the skies of Overwatch 2 with Pharah. 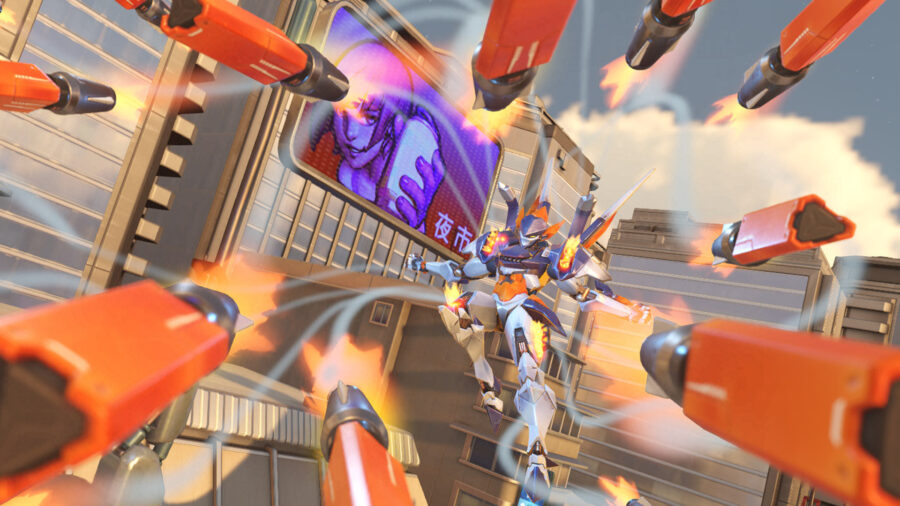 Pharah is a fun and powerful character in Overwatch 2 that comes from the first version of the game. With her capacity of flying over enemies to shoot her rocket launcher, Pharah becomes deadly when played by skillful players. And although her kit may seem simple to understand, she demands from players to know the right moment to use her abilities and manage her flight. 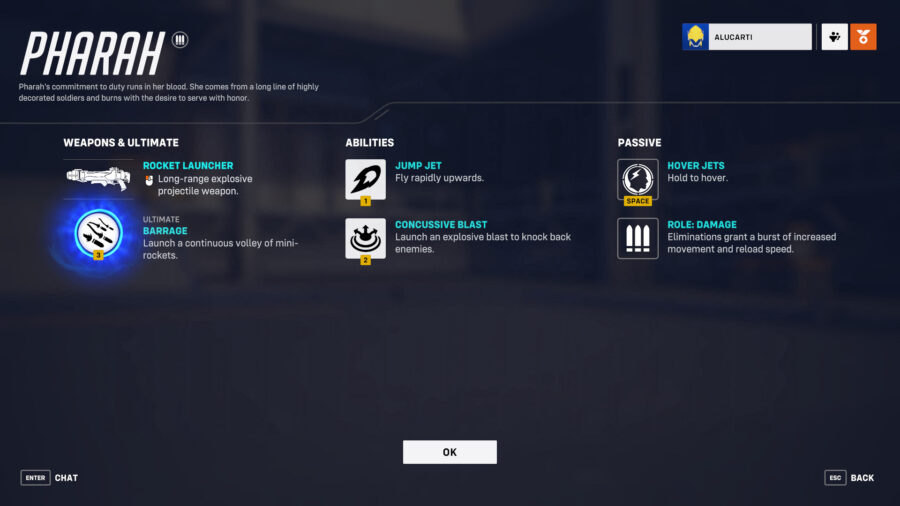 Compared to other characters in Overwatch 2, Pharah’s design makes her quite singular. Her abilities are completely focused on damage dealing and making her a difficult target for the enemy team.

Pharah uses a rocket launcher as her Primary Attack which shoots long-range projectiles that can cause a lot of damage. Her basic attack is pretty simple, but you’ll need some time to adjust your aim. After all, each projectile takes a considerable amount of time to reach the target depending on how far they are.

On the other hand, in contrast with other long-rage characters like Widowmaker or Hanzo, Pharah doesn’t need to directly hit the enemy to damage them. Since her projectiles are explosives, simply hitting the ground or a wall near an enemy is sufficient to cause damage.

Although powerful, Pharah’s rocket launcher potential is hidden behind her unique trait. Pharah comes with a Passive Ability called Hover Jets which allows her to fly for as long as her fuel lasts. Pharah’s capacity for looming over the enemy team’s backline is what makes her extremely useful. 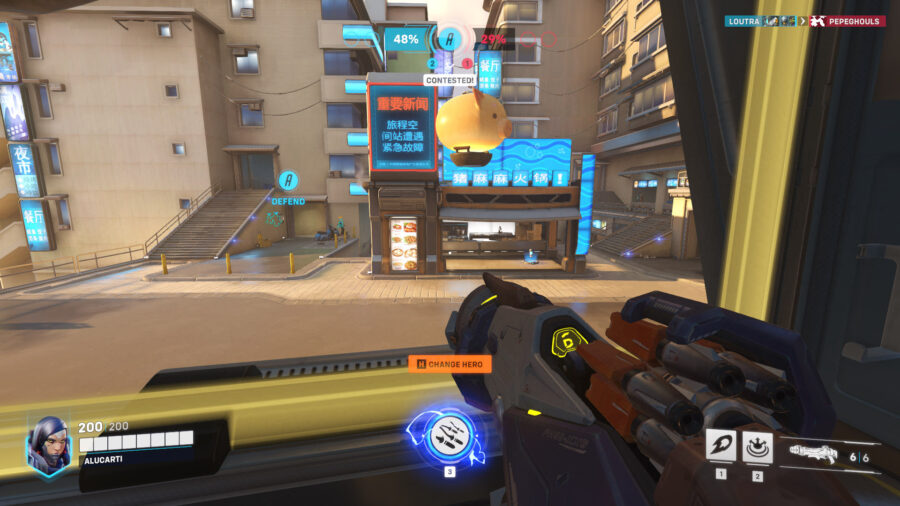 Her second Passive Ability is Damage, which boosts Pharah’s movement and reloading speed after eliminating an enemy.

To complement her kit, Pharah comes with other two abilities that improve her kit or work on her weakness. First, Pharah has the Jump Jet ability which propels her upwards. The Jump Jet is great to compensate for moments when Pharah is running out of fuel to fly or to reach places that are too high for her. Her second skill is the Concussive Blast. With this one, Pharah shoots a blast that knocks back not only enemies but herself. This is a great skill to quickly avoid an attack while in the middle of the air or break the enemy’s composition.

The last piece of Pharah’s kit is her ultimate called Barrage. This is a powerful attack in which Pharah shoots several projectiles. The drawbacks of this ability are that the direction of the attack is based on Pharah’s point of view and that she becomes extremely vulnerable while using it. 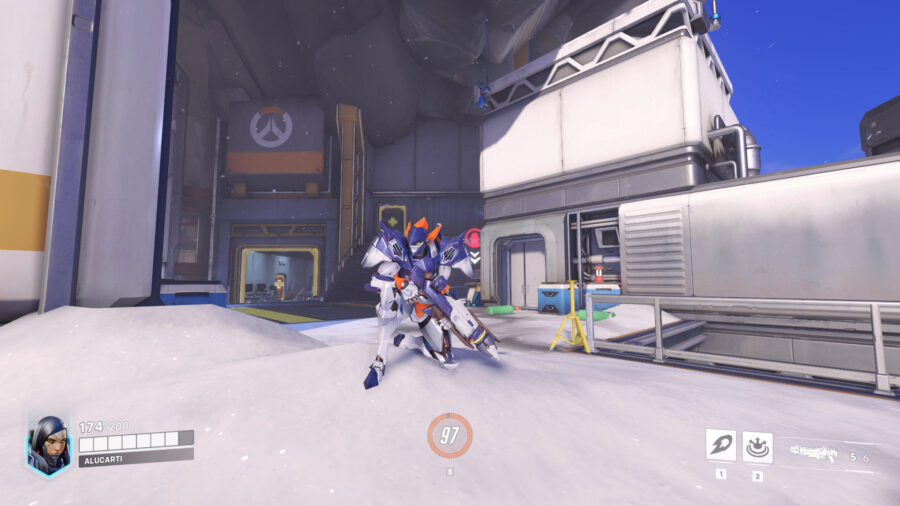 Pharah comes to Overwatch 2 without major changes. Her kit is still the same, having only small aspects of her skills suffered modifications. 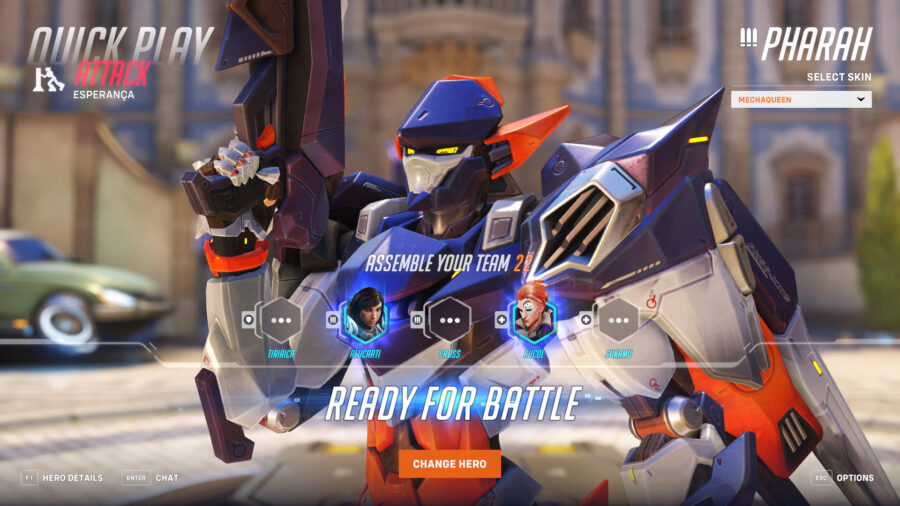 While Pharah’s kit is easy to understand, playing her requires good positioning and keeping track of your cooldowns. Your main goal as a Pharah is to stay in the air as much as you can, giving you the advantage of the higher ground. However, knowing how to manage your fuel is essential. Take advantage of small walkways or places where you can stand for a while until your fuel is replenished. Otherwise, you will eventually find yourself in the middle of the enemy team.

Pharah is a great character to break shields, but keeping her shooting Reinhardt’s shield is not your best choice. You usually want to fly over walls or buildings to attack the enemy team’s backline, looking for support and some damage dealers, like Hanzo, since they are squishy and die easily.

Pharah’s Jump Jet and Concussive Blast are great abilities to be used in order to prevent damage or complicated situations. While facing the possibility of being picked off, you can just use Jump Jet and escape. On the other hand, Concussive Blast is great to keep your distance from enemies. There are, however, situations in which Concussive Blast can be used more aggressively. Whenever you see an enemy close to the map’s edge, you can make them fall into it using your skill to knock back them. It’s also possible to take enemy players from a shelter or behind a wall with Concussive Blast. Take these opportunities to give your team the upper hand. 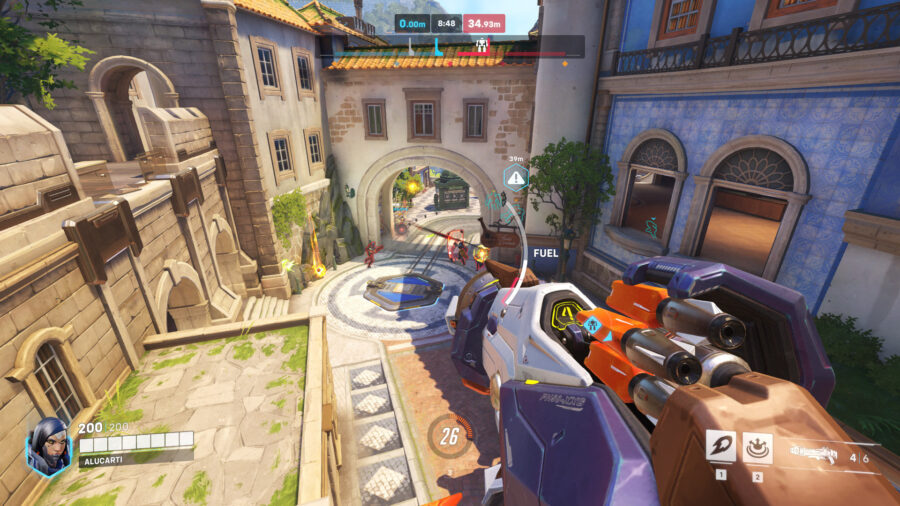 A final piece of advice in terms of playing Pharah is about her ultimate. Barrage is powerful but as mentioned Pharah becomes too vulnerable while the volley of projectiles is being shot. So, when thinking about using it, give preferences activating Barrage together with your teammates’ ultimates, like Zarya’s Graviton Surge or Reinhardt’s Earthshatter.

In terms of team compositions, Pharah is always a good option with Mercy. This duo has been strong since the previous version of the game and it hasn’t changed yet. Pharah is also great with a composition based on heroes that will put a lot of pressure on the frontline enemy. In situations like this, she can flank the enemy team and call their attention, lowering the defense on the frontline. 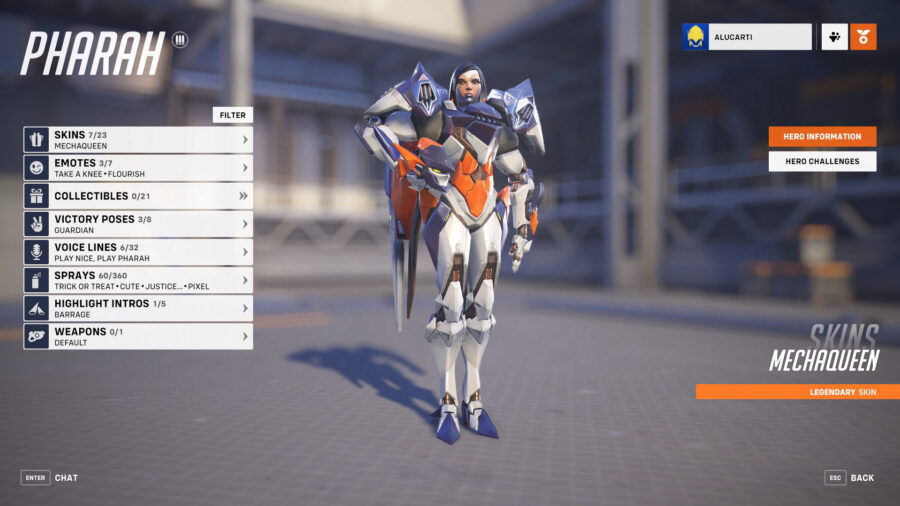 As of the time of writing this guide, Pharah has a total of 25 skins available for her in Overwatch 2. Keep in mind that some of them are tied to Seasonal Events, so their availability is limited to the periods of such events.

Now you’re ready to dominate the skies in Overwatch 2.