Everything you need to know about the gentle robot of Overwatch. 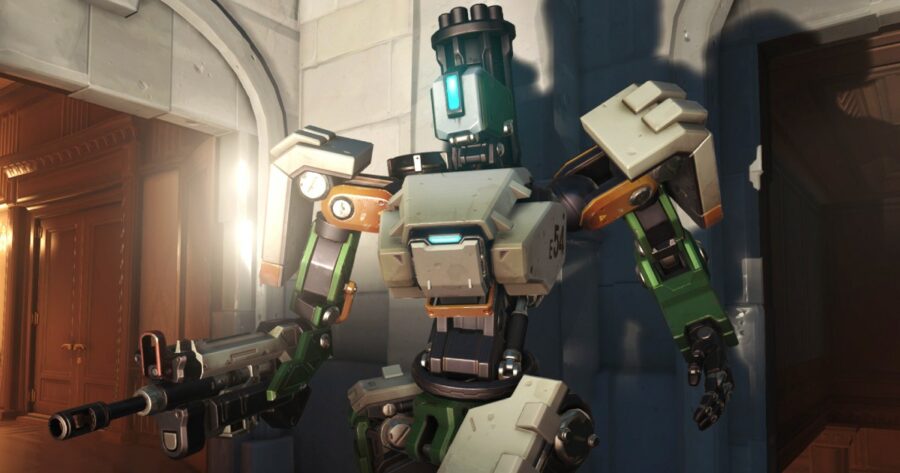 Bastion has been a playable hero in Overwatch since the beginning, but they’ve changed quite a bit since then, having most of their abilities replaced or reworked in Overwatch 2. Thanks to their new changes, Bastion, the nature-loving robot, is a more versatile and mobile damage hero. Bastion’s high damage potential makes them an attractive hero against shielded enemies and tanks, and Bastion’s not too difficult to use as long as you know how it all works.

Bastion is a damage hero with 200 base health and 100 armor – a total of 300. 300 is a decent health pool for a damage hero, but Bastion’s bulkier size makes it an easier target.

Bastion works slightly differently from other heroes since its different attack modes are called Configurations. Let’s run through them. 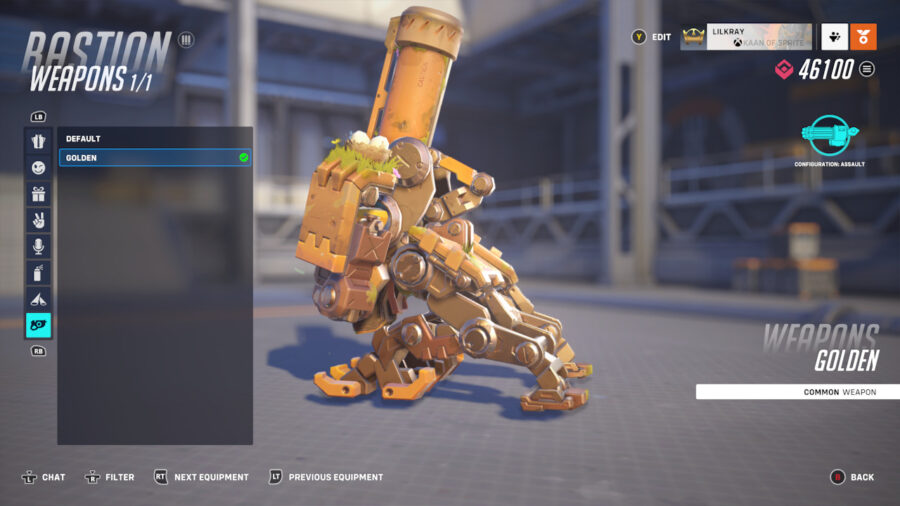 This submachine gun works well at long range since Bastion doesn’t receive any recoil from firing it; they are a robot, after all. The submachine gun is also a hitscan weapon – meaning if your reticle is over the enemy when you pull the trigger, the hit will register. Bastion’s Recon mode can be lethal if your aim is good enough.

Bastion can use the Reconfigure ability to switch between Recon and Assault configurations. The Assault configuration transforms Bastion into a mobile heavy turret. Its movement speed is drastically reduced, but Bastion’s damage potential is incredibly high in this mode.

While in this mode, Bastion can deal 12 damage per bullet and fire 30 shots per second. This means that Bastion can deal a whopping 360 damage per second. As a result, you’ll only need to aim at characters like Tracer and Zenyatta for less than a second to score a kill. This mode is handy for dealing with tanks that have massive health pools and are easy targets due to their size.

While Bastion can stay in the Recon configuration indefinitely, it can only be in Assault mode for 6 seconds. The Reconfigure ability has a cooldown of 12 seconds.

Bastion’s new grenade deals around 120 damage, depending on how close an enemy is when it explodes. The grenade has a cooldown of 8 seconds.

The grenade bounces off of walls but sticks to enemies and the floor. The grenade also knocks back enemies, so a well-positioned grenade can break up a close-knit team.

The grenade’s knockback effect can be used to push enemies off of maps and get environmental kills, even though the pushback effect isn’t as aggressive as Pharah’s Concussive Blast, for example. 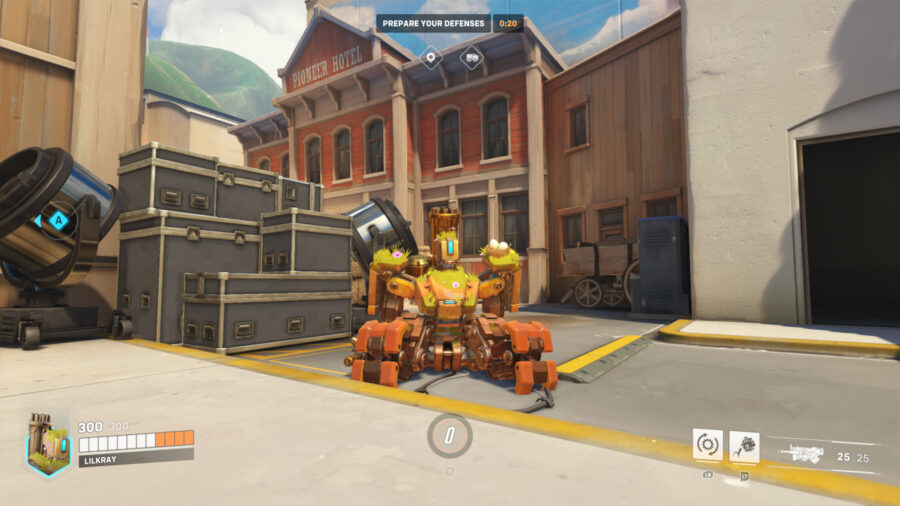 This passive ability reduces damage taken by 20% while Bastion is transformed in Assault and Artillery configurations.

When Bastion eliminates an enemy, you’ll receive a boost to movement and reload speed. Every damage hero in Overwatch 2 has this passive ability. 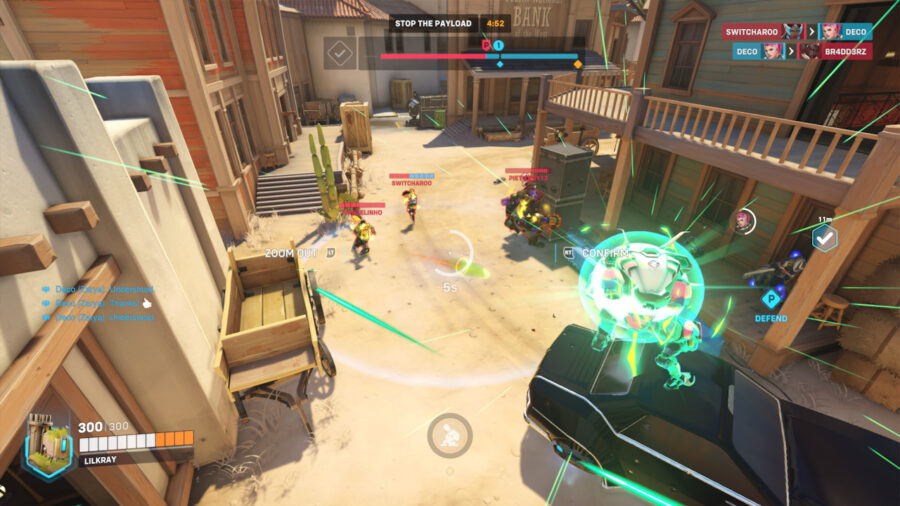 Bastion’s Ultimate Ability works similarly to Doomfist’s. Bastion will transform into a mortar, and then you’ll need to fire three artillery rounds anywhere on the map, even in interior settings. The artillery shells won’t fire until you place all three. One artillery round can deal around 150-600 damage, depending on how close an enemy is to the center of the explosion. You have 8 seconds to place all three rounds.

Try to activate this ability when you know where the enemy team is and when they’re all close together. This way, you’ll be able to quickly place all three shots around them and catch several enemies in the blast radius. Even if an enemy tries to run from one blast, there’s a chance they’ll run into the other two. Configuration: Artillery is most useful in Control and Escort game modes, where the enemy team will likely congregate around an objective.

Configuration: Artillery has an ultimate cost of around 3000 points. Ultimate charge is dependent on how much damage you deal as Bastion. For example, dealing 3000 damage will charge up Bastion’s Ultimate Ability. Characters also generate a small amount of ultimate charge automatically. 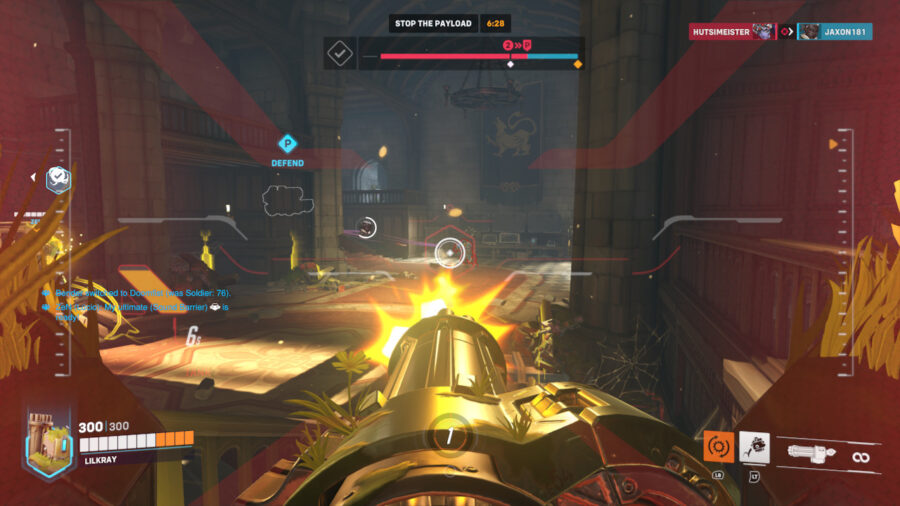 Bastion saw significant changes during the original Overwatch and has received another major update in the transition to Overwatch 2. As a result, lots of Bastion’s core abilities have been reworked, including its Ultimate ability. Here’s everything that’s changed with Bastion. 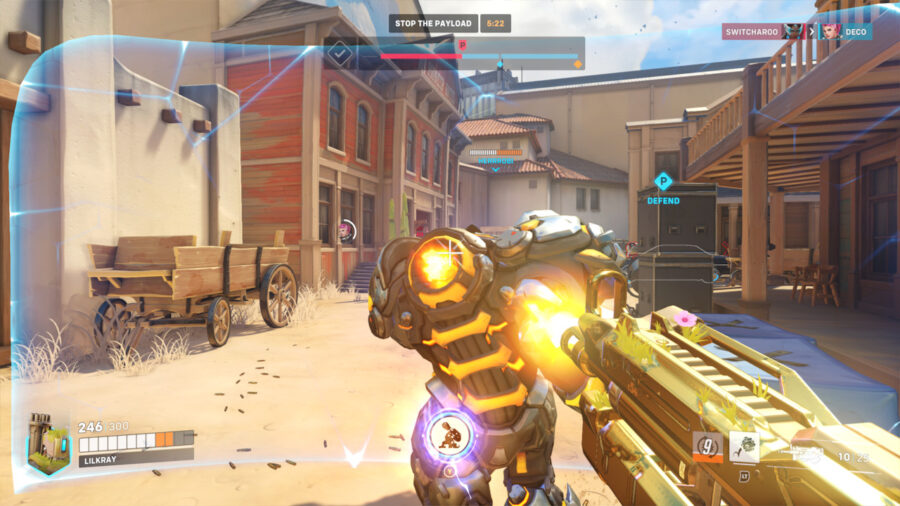 In Overwatch 2, Bastion can now be helpful in several situations. The Configuration: Assault is undoubtedly Bastion’s best ability for several reasons. Its high damage output is ideal for dealing with tanks and ripping through enemy shields. If there’s a Reinhardt or Sigma on the enemy team, Bastion can tear down their shields in seconds. Configuration: Assault can deal with enemies at long range, so Bastion can be a good counter-pick if there’s a Mercy or Echo in the sky.

Other long-ranged heroes like Hanzo and Pharah could quickly deal with Bastion in the original game since Bastion’s sentry mode was immobile. But now, Bastion’s movement capabilities and more precise submachine gun make Bastion a more capable hero. Bastion’s bigger size still puts it at a disadvantage against precision enemies.

Even though Bastion has no reason to be stationary anymore, they’re still a hero that works best behind the cover of a shield. If there is a Reinhardt on your team, hiding behind his shield and using Configuration: Assault is a safe way to deal tons of damage.

Removing the Self-Repair ability and Bastion’s slow movement means that they aren’t a self-sufficient hero like some other damage heroes. Therefore, Bastion works well with a Mercy who can keep it steadily healed and can amplify Bastion’s already high damage. If there’s a Zenyatta on your team, try to aim for whichever enemy has the Orb of Discord attached to them. 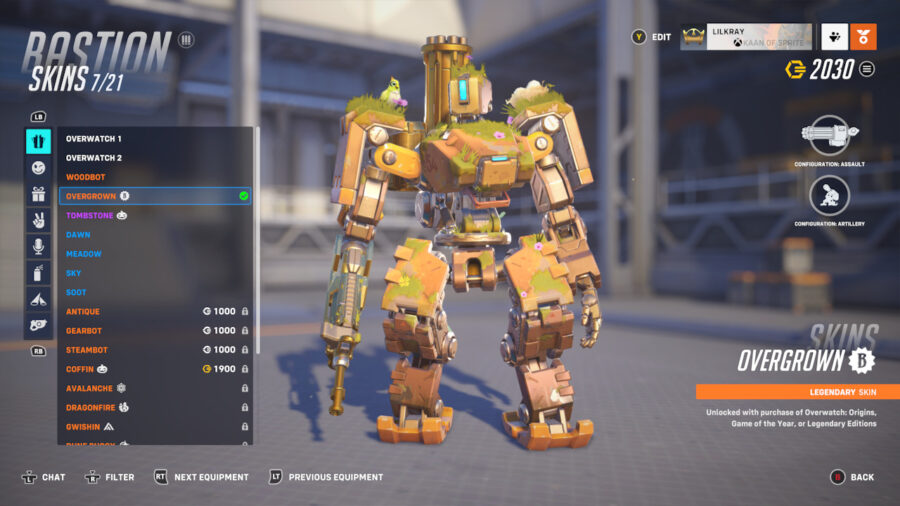 There are 21 unique skins for Bastion in Overwatch 2. Players can transfer skins from the original Overwatch once they’ve linked their account. New skins can be unlocked through the Battle Pass or bought via the in-game Shop. To buy skins, you can use Legacy Credits that have been transferred from the first game. Otherwise, you can use Overwatch Coins that need to be purchased with real money or unlocked via weekly challenges.

Overwatch 2 – Why is Bastion Locked? 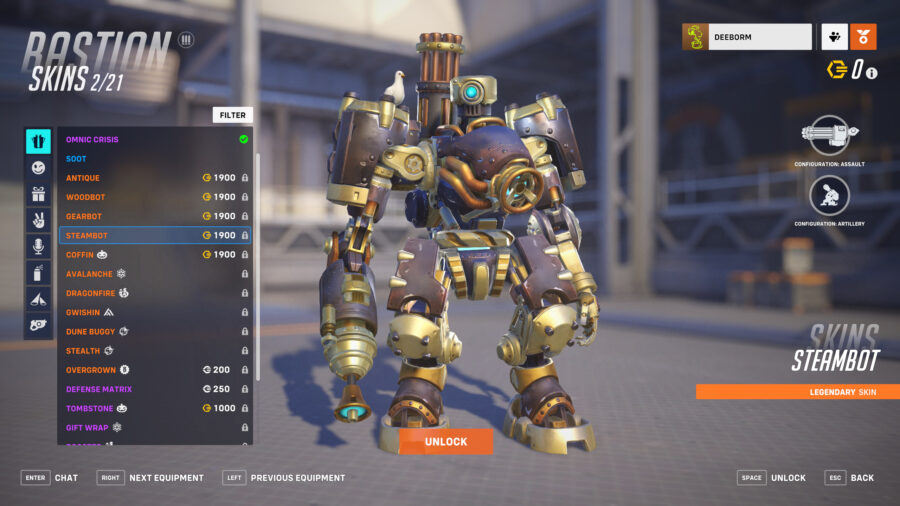 If you log on to Overwatch 2 to put this guide into action, you may be surprised to see that Bastion is no longer on the character select screen. This is due to a pretty game breaking issue that occurred when using Bastion’s Ultimate, allowing him to launch a ton of artillery shells in the air. The results can be pretty hilarious, but also ruin competitive games. Ideally Bastion won’t be locked for much longer. In the meantime, if you don’t want to read more about what’s gone wrong with Overwatch 2‘s launch, check out everything that Overwatch 2 has done right, instead!