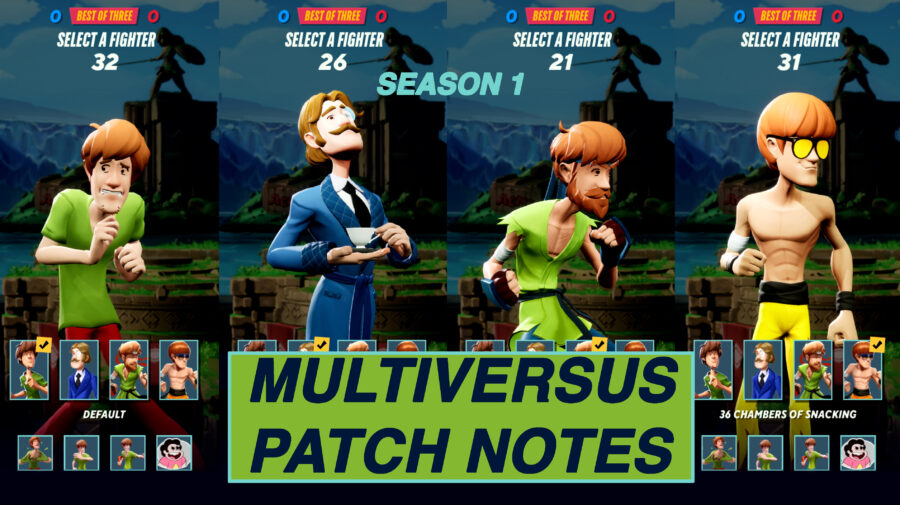 The patch notes clarify that, while most of the changes go into effect right away, some will take a couple more days to implement.

Firstly, the free character options rotate as expected. Similar to your favorite MOBA, Multiversus offers a handful of characters any player can use without spending gold, changing every couple of weeks. This time, the available characters are Arya Stark, Batman, LeBron James, and Steven Universe. Besides being a good example of how nutty the roster is, it’s an interesting selection because Arya and Steven are both considered “Expert” characters. What will happen when the average Joe gets to freely use complex characters?

Two of the four freebies, Arya and LeBron, were big winners in the buffs lottery. Both characters received several upgrades to their air attacks to allow them to string combos together more easily. Wonder Woman and Harley Quinn also got some buffs: increased weight to help them live a little longer.

Superman and Shaggy get nerfed a bit

Superman and Shaggy took minor nerfs, both characters getting extended vulnerability on some of their strongest attacks. As expected, patch changes had Finn taking major nerfs, with increased recovery time on attacks and a weaker backpack spin that leaks coins on a miss. Velma was hit hard as well, losing weight, ammo, and recovery speed. Bugs Bunny, another character who’d been dominating, was given longer recovery on his otherwise-devastating melee strikes, and a fix to an annoying exploit that let him throw two massive missiles for the price of one. The Iron Giant took some hits as well, losing some of his bonus health and armor, and stopping his cannonball splash from hitting an infinite number of times.

MultiVersus patch changes for Taz had several changes in both directions. This character used to terrorize opponents with his high-powered tornado before it was weakened dramatically. In this patch, the tornado is given a seven second cooldown between uses, but it now spins for longer if it passes an ally. (Using the move on cooldown produces a tiny, 0.25 second long tornado.) He also had his chewing and projectile-spitting abilities improved, and a change to the effect of turning his opponents into a novelty roast chicken: the chicken effect wears off faster, but is larger and easier to hit.

The patch also reduces the potency of ice, makes some Battle Pass objectives easier to reach, and fixes the one tutorial mission that’s been bugged for weeks by slapping a wall into it. Lastly, the patch notes come with a reminder that Morty, of Rick and Morty fame, will be added to the game on August 23rd. He’s described as “our first Plumbus-wielding character,” which speaks for itself.

You can read all of the MultiVersus patch changes in detail from MultiVersus on their official site.