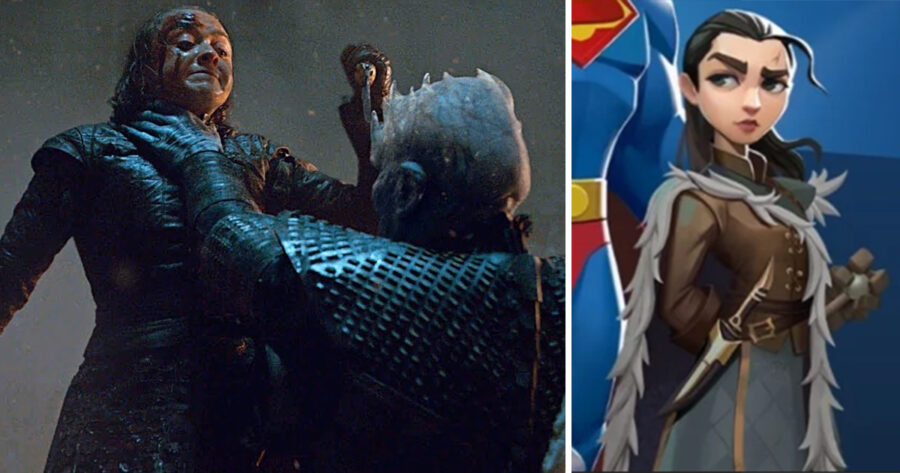 BURBANK, Calif. — Warner Bros has confirmed that the character of Arya Stark will be essentially impossible to defeat in the upcoming MultiVersus video game, due to her special attack, in which she just sneaks up and kills her enemy out of nowhere.

“We wanted to make Arya’s fighter as true to Game of Thrones as possible, so for her most powerful attack, we chose the one she used to kill the Night King, which is to be very, very, very sneaky,” said David Haddad, head of WB’s gaming division. “Like, so incredibly sneaky that she is basically not there, and then she’s there, and you’re dead. And that’s the end of the match.”

When asked how Arya is able to elude such foes as Superman and Wonder Woman, the developers explained more about the mechanics.

“People are going to say Arya is OP, but if you look in the actual code, you can clearly see that she is just being super, super quiet. Like, she’s on the absolute tips of her tippy toes, the way she learned how to do at the sneaky school. Not even the Night King could hear her,” said Tony Huynh, CEO of Player First Games. “What makes Wonder Woman any different?”

Game of Thrones fans were excited to recreate the feeling of watching the final season, through the unlikely medium of a brawler video game.

WB also revealed a George R.R. Martin fighter, who has no moves and doesn’t do anything.