All Your Questions About MultiVersus: Answered

MultiVersus is taking over, don’t get left in the dust. Get informed and find out all you need to know about Warner Bros’ new platform fighter! 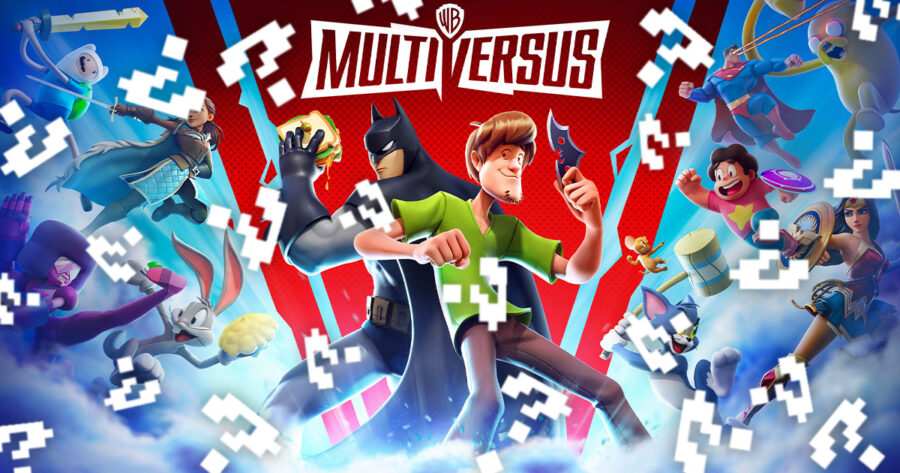 Heard of MultiVersus by any chance? It’s kind of on a roll right now, having recently broken the Steam record for most concurrent players playing a fighting game at one time and having not long wrapped up its huge first tournament at EVO. But what exactly is the deal with the game and what do I need to know if I’m on the fence about jumping in? Well, we’ve got you covered.

Here’s all your questions about MultiVersus answered.

Is MultiVersus Free to Play?

Yes. The game is free to download and play on Steam, Xbox and Playstation. There is literally no monetary barrier to booting up the game right now and playing with everyone else. You can read our guide on how to unlock the paid characters for free.

What do I have to pay for in MultiVersus?

Very little that impacts your gameplay experience, that’s for sure. All stages are unlocked by default, perks are unlocked through gameplay and characters that would otherwise cost you Gold (the game’s in-game currency) rotate in and out of being free-to-play every so often.

There is an in-game currency called Gleamium that can be purchased with real life money and used on additional things, such as;

As you can see, it’s almost entirely cosmetics, and things that don’t affect your core gameplay experience. The game is quite generous in how it doles out in-game currency, and it’s more than feasible for you to purchase every character you have interest in playing without having to pay out a dime. Still though, those additional skins are pretty cool. Some of them even change the character’s voices and voice lines! 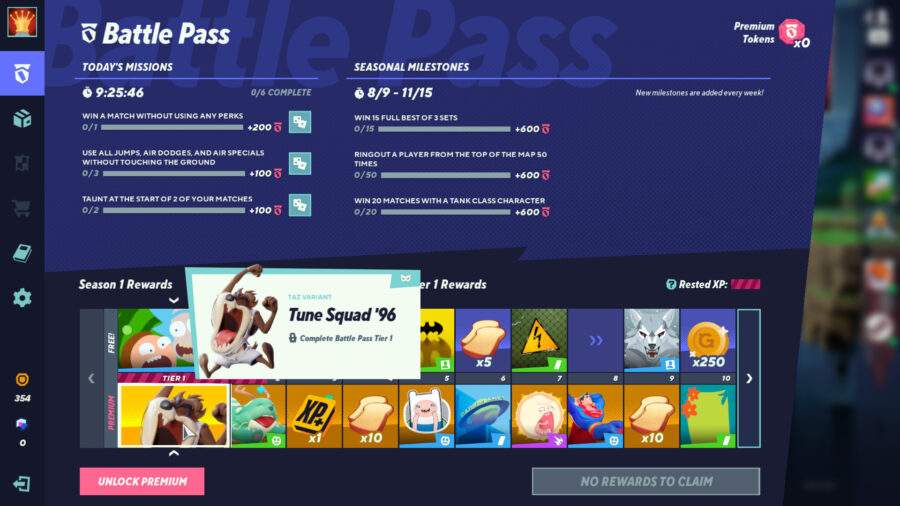 Does MultiVersus have crossplay?

Yes! Players on Xbox, PlayStation and PC respectively can intermingle with each other with no issue. The game even features icons that show you which platform players are playing on. If there’s no icon, they’re on PC. 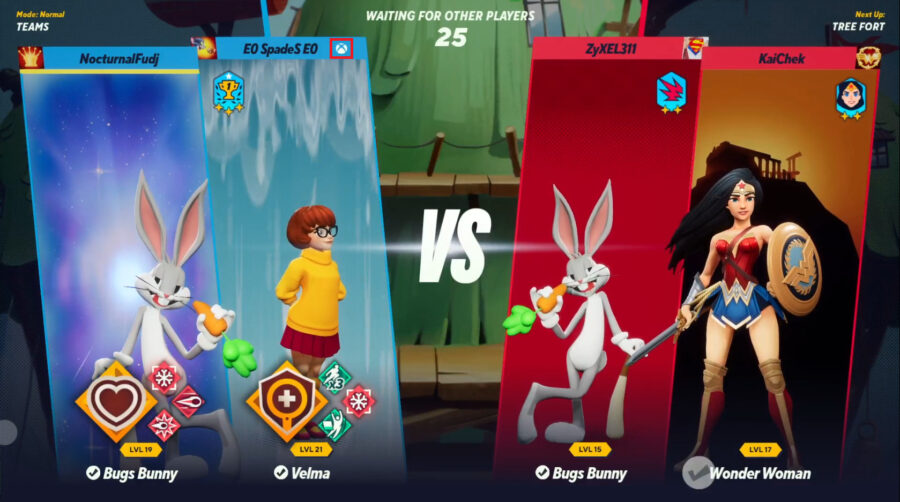 Well, a lot of things. But primarily — its focus on 2v2 gameplay. The developers have been very forthright that the game is designed with 2v2 gameplay in mind and whilst 1v1 is catered to – teams are where it’s at. They put forth a huge amount of money for the prize pot at EVO – a tournament which was contested under 2v2 rules, and even reward you with extra Gold for playing online whilst in a party!

The free-to-play model as well has only been notably done in this space by Brawlhalla before, and is no doubt a huge reason for its explosion in popularity. It’s rare to see a game with the free-to-play model that’s so generous with its in-game currency, but that’s how much the team at Player First Games want you to experience this game in a teams format. 1v1 is still great, don’t get us wrong. But entire characters are designed to work alongside teammates and synergize with each other, and there’s tons of room for interesting strategy and innovative team compositions. 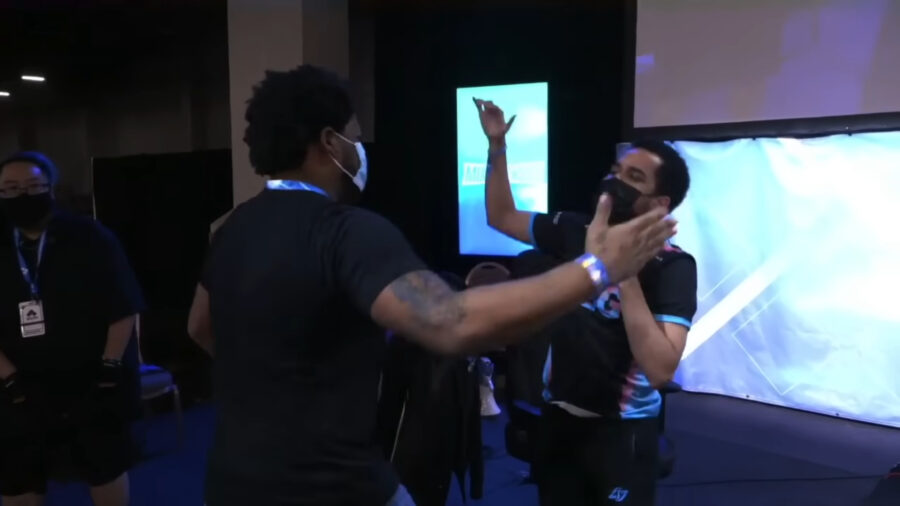 A big difference for competitive players is just how much money Warner Bros and Player First Games are pouring into this. The prize pot for EVO 2022 was a gobsmacking $100,000. That means the 1st place team got $10,000 split between them, and every single team in the Top 32 got a payout of at least $875 each split evenly. Nintendo pretending competitive Smash doesn’t exist, this is not. The best players will be able to make real careers and livings off of MultiVersus.

What can we expect from MultiVersus in the future?

Apparently, anything! The dev team at Player First Games have alluded that anyone is fair game to be included as a character in MultiVersus, even those outside the Warner Bros umbrella. And that umbrella itself is very wide, Warner Bros has the rights to a metric ton of IPs and characters from Harry Potter to Samurai Jack to Foster’s Home For Imaginary Friends. Who knows what the future holds? As far as characters are concerned, it seems like even the devs don’t yet know.

Beyond characters though, MultiVersus even seems set to include further stages, music and even game modes. Just recently with the announcement of Season 1, it’s been revealed that the game is getting a Classic Arcade Mode a la more traditional fighters like Street Fighter or Mortal Kombat (the latter of which Warner Bros also has the rights to, by the way.) Maybe even Larry David could make an appearance!

So the game is certainly not willing to rest on its laurels it seems. Even in its earliest days we’ve had new music tracks be added to existing stages and new cosmetics and banners scattered all over the place. 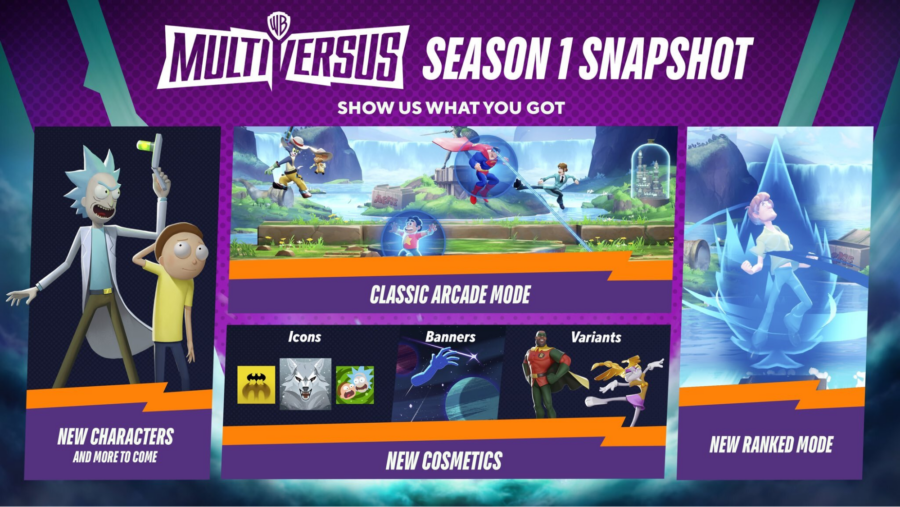 It’s an exciting time to be a fan of platform fighters, or any of the myriad properties Warner Bros could greenlight to jump into the Multiverse! It seems like the game isn’t going anywhere anytime soon but still, if you don’t jump in during these early days, you might just risk missing out on some of the most exciting parts. You can download MultiVersus for free right now on Steam, Xbox or PlayStation and get to shootin’ along with everyone else in this video game simulacrum of the wild, wild west.