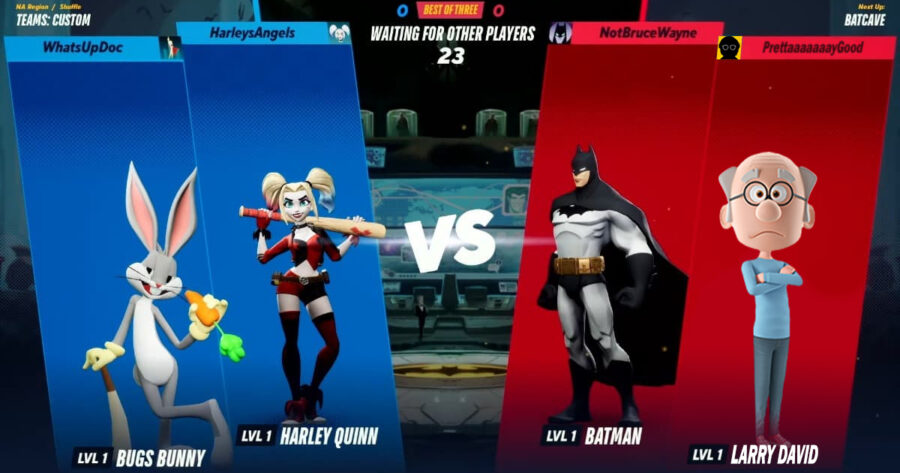 LOS ANGELES — Warner Bros. Interactive Entertainment, in collaboration with developer Player First Games, announced the first round of DLC characters for their fighting game MultiVersus, starting with the first addition to the roster, comedian Larry David from the HBO comedy series Curb Your Enthusiasm.

“We here at Player First Games want to do right by fans of the original properties our characters come from,” director Tony Huynh said during a recent Warner Brothers Direct. “Ever since the announcement of MultiVersus, fans have been practically begging for Larry David’s inclusion to the roster. Soon, you’ll be able to defeat Tom and Jerry, Batman, and Steven Universe using Mr. David’s unique moveset of sarcastic one-liners, shrugs, and swooping hand gestures. We’re very excited, especially, for Larry’s special moves, which include things like disrespecting wood, staring people down in the face, and having sex with beautiful women several decades younger than him.”

Following the reveal, many gamers expressed excitement and glee across the internet, some even recording their live reactions.

“Is that… no… it can’t be… no, no, no FUCKING way! They actually did it, they added Larry David, the crazy bastards!” one Twitch streamer screamed during a live broadcast of the trailer, in which Larry David stepped out of the shadows as the Curb Your Enthusiasm theme music begins to play. “Hooooly shit. Holy shit. Larry fucking David. Larry FUCKING David is a playable fighter in MultiVersus. No fucking way. They always said he was too tall to be in the game, but they fucking pulled it off!”

While reaction to Larry David’s addition were mostly positive, some gamers expressed varying levels of skepticism.

“I mean, sure it’s kind of an oddball inclusion and I get that’s the fun of it — but at what point do these wacky crossovers not begin to feel like shameless cash grabs?” another streamer said, somewhat disappointedly after live-reacting to the Warner Brothers Direct. “I think it’s kind of fucked up that they would add an old guy to the roster before the Ice King from Adventure Time. At the very least, there should be an Ice King costume DLC for Larry so I can pretend. I just wish these big companies would listen to all of my great ideas.”

At press time, fans have suddenly begun to debate whether or not Warner Brothers and NBC would ever agree to allow George Costanza from Seinfeld to appear in MultiVersus as Larry David echo fighter.