Learn how to maximize your damage with these Greek weapons. 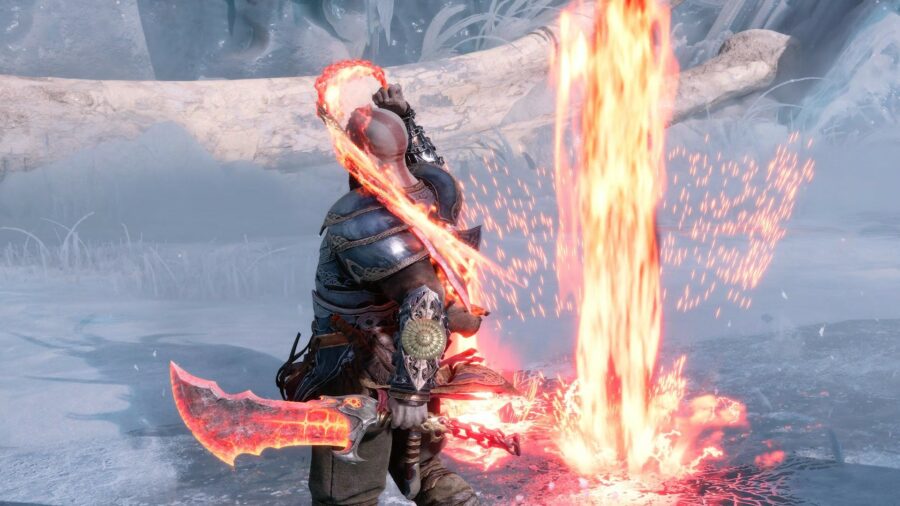 God of War Ragnarok is back, and returning along with Kratos is his first signature weapon: the Blades of Chaos. Along with these blades comes a whole new skill tree to improve the Blades even further. But, with a limited amount of XP, it can be hard to decide where to invest these points. We’ll tell you all about the best Blades of Chaos best skill upgrades in God of War Ragnarok, and why they’re worth it.

God of War Ragnarok: The Best Skill Upgrades for the Blades of Chaos 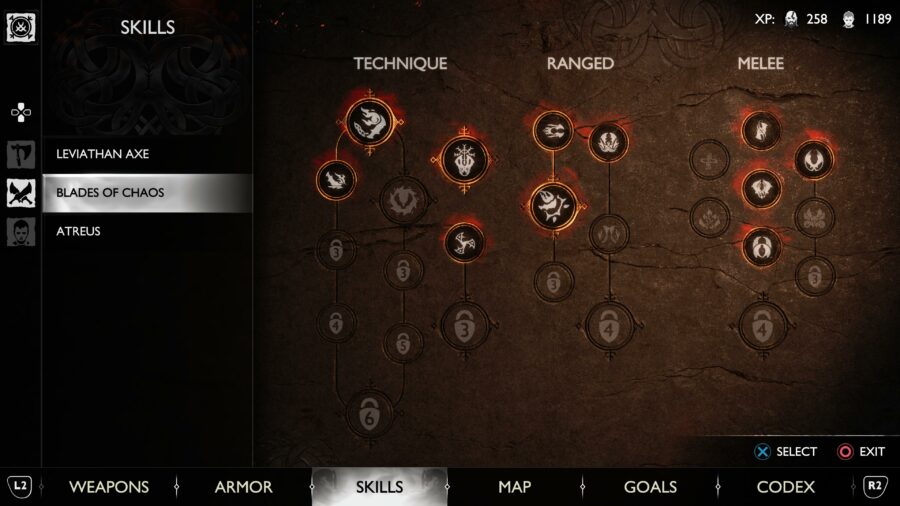 In short, the best skills in the skill tree for Kratos’ Blades of Chaos are:

This one is pretty simple and self-explanatory. With this skill, Kratos does bonus melee damage with the Blades against frosted enemies. This skill is perfect for players who like to use a balance of the Axe and Blades. Apply frost to enemies using the Leviathan Axe, then follow up with the Blades for massive damage with this helpful skill.

Immolation is another great skill to beef up the Blades’ damage output. Performing melee attacks quickly without taking any damage powers up the Blades of Chaos, making them inflict extra burn damage on every hit. While Immolation is active, it will also give a boost to Kratos’ Luck and Runic stats.

To boost this effect even further, consider investing in the further upgrade of this, Furious Immolation. This allows you to press L1 + triangle while Immolation is active to enhance the Blades with exploding attacks. In this state, the Blades will also charge your rage meter faster.

This gives you a new attack to use by heavy attacking (R2) during Flame Whiplash (mashing triangle). This attack creates a large explosion in front of Kratos, knocking any enemies in the radius into the air. This is arguably the best way to start a combo for the Blades of Chaos, and a great crowd control ability to boot. This is especially enhanced when combined with the sweeping light attacks of the Blades to keep the combo going.

One place the Blades of Chaos pale in comparison to the Axe are their range. A good ability to help combat this is Spinning Chaos. By dodging in and Light Attacking (R1), Kratos uses a leaping cyclone attack. It doesn’t quite make up entirely for the lackluster range, but is a great way to close the gap on faraway enemies safely. The skill Hyperion Grapple can make up this distance as well, but relies on being close enough to hit an enemy with the ranged attack.

Those are our choices for the best skill upgrades to invest in for the Blades of Chaos in God of War Ragnarok. These skills will help make Kratos a capable combatant against everything the Nine Realms throws at him and Atreus during their journey.