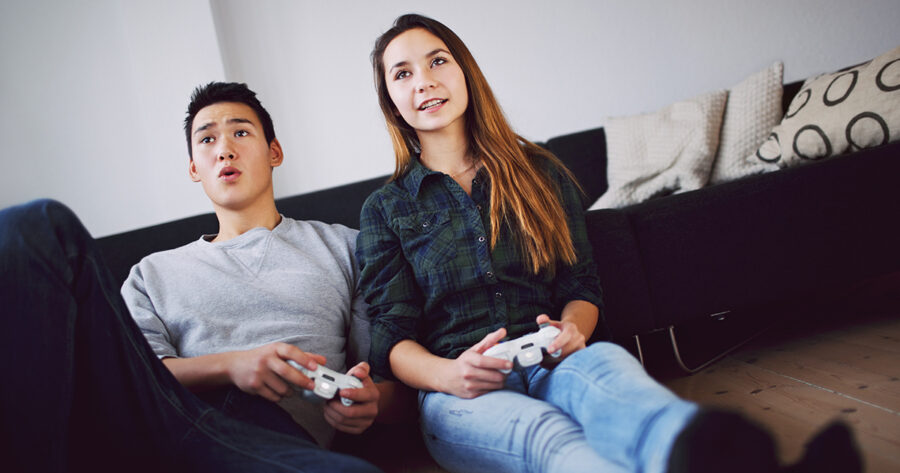 BROCKTON, Mass. — Noting the fact that she keeps falling behind to the edge of the screen and dying repeatedly, local gamer Tyler Benson says that his girlfriend Marie Wentworth is really dragging her feet in the co-op game of Kirby: Star Allies that she’s being forced to play.

“Usually Marie’s got great attention to detail, but she’s gotta tighten up right now because it’s really weighing us both down,” said Benson, who purchased Kirby: Star Allies because of the advertised co-op mode before checking with Wentworth to see if she was even interested in playing the game with him. “I mean, no offense but Kirby isn’t even that hard! And it’s not just within the game, either. She’s been lagging like this ever since I showed her the game and suggested that we stay in this evening and give it a shot. It took 20 minutes just to get her to pick up a Joy-Con and choose a character. What gives?”

Benson says that this has happened almost every time that he and his girlfriend have played co-op at his suggestion. He’s beginning to think that this pattern of behavior means that Wentworth might just not be very good at video games.

“Usually, when we play co-op, I try to help her out by telling her which buttons to press, and then she starts to seem even less engaged and frustrated with the game. It usually ends in an argument, too. I guess that was to be expected when we played Overcooked, but who gets mad playing Luigi’s Mansion 3? I’m starting to think she has an anger problem.”

At press time, Wentworth had reportedly stepped away from the game to use the bathroom and stayed inside for 15 minutes.