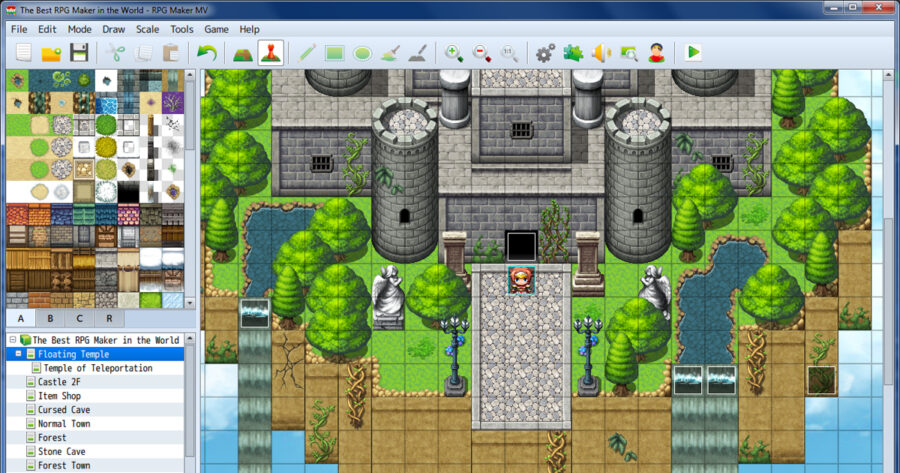 SANTA ANA, Calif. — The latest update to RPG Maker MV will improve the title by quietly deleting it for users a week after installation, the game’s publishers confirmed yesterday.

“The players spoke — well, more like painfully groaned after five fruitless minutes of trying to come up with a unique name for their project — and we listened,” said NIS America representative Jamie Hackett. “No more cumbersome uninstall menus or embarrassing admissions that you lack the commitment to design your dream game even when provided piles of premade material. Just a chance to forget how in over your head you were and to buy the game again several months later!”

Kate Stabler, who participated in the update’s test period, believes its “hassle-free” self-removal will further cater the program to users like her.

“[The update] is perfect for muses like me,” said Stabler, scrolling through her document titled “Sweet Names for Swords & Shit,” that encompasses 498 pages. “We can’t be bothered with this techie stuff like map layout, damage formulas, or angrily trying to get rid of the program after finding out it’s way more than we can handle. How else will we generate all this grade-A material for somebody else to implement?”

Meanwhile, Steam user Damian Stowe stated the update will help him return to “more serious” titles in his inventory. Most pressing, he claimed, is Sakura Clicker, a game in which you rapidly click the breasts of scantily clad female enemies to defeat them.

“Who’s got several minutes to waste on realizing you’re too lazy for event mapping or drafting meaningful dialogue? There are heavy-chested evildoers out there!” he said, moments before confirming a one-dollar microtransaction that makes some enemies randomly appear in a nurse outfit.

If feedback from the RPG Maker update proves favorable, Kadokawa Corporation has reportedly considered a more aggressive update where the game provides a refund after 20 minutes of gameplay and recommends the user go get a Nintendo Switch and Octopath Traveler instead.