Aunt Beru Pretty Sure Anakin in Some Kind of Cult 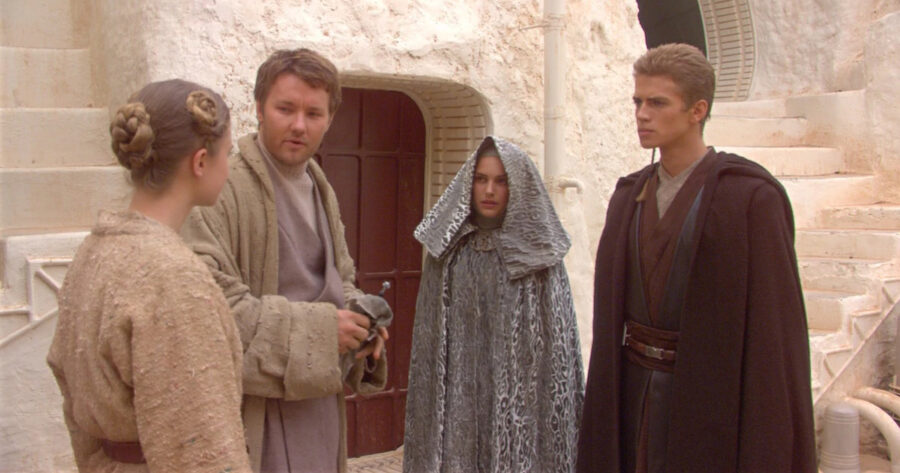 TATOOINE — Upon meeting him for the first time, Beru Whitesun started to suspect that her fiancé Owen Lars’ step brother Anakin Skywalker was deeply involved in a religious cult.

The revelation occurred over dinner when Skywalker made several references to an ancient invisible power called the Force, while complaining about several members of his congregation called the Jedi Order including Mace Windu and Coleman Trebor.

“I’ve seen a lot of strange stuff, but I’ve never seen anything to make me believe there’s one all-powerful force controlling everything,” said Beru. “Even if there was, why would it make me live on a sandy monster-filled planet ruled by giant space slugs? I know a cult when I hear one, and that dude’s in one.”

Anakin Skywalker was originally a slave on the planet Tatooine until a middle-aged man named Qui-Gon Jinn won him in a podracing bet and took him to Coruscant to join his religious group. Sources say that it had been over a decade since Skywalker had been on the planet and many expressed shock at how much he has changed.

“His mom said he was sweet and kind, but he’s been nothing but a giant raging asshole since he’s been here,” said Cliegg Lars, Anakin’s stepfather.

“I don’t want to pile on the dude since his mom just died in insinuatingly disturbing circumstances,” began Beru looking over her shoulder in hushed tones, “but I overheard him talking to his uppity rich girlfriend that he was going to be the most powerful member of his cult someday. Oh, and then he told her he killed an entire village of sand people, and not just the men if you get what I’m saying. And then they started making out! Freaks.”

“It’d kill me if those two ever had kids,” Beru added.