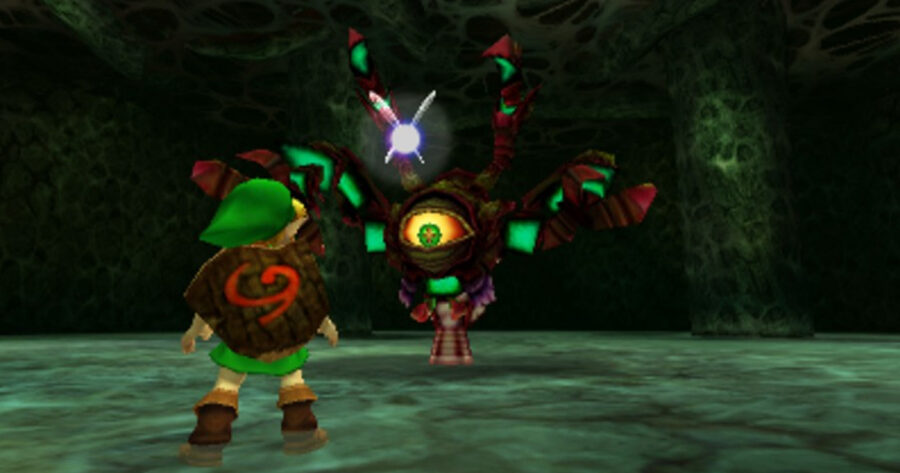 HYRULE — While minding her own business, the parasitic armored arachnid known as Queen Gohma was suddenly assaulted this week at the hands of a boy calling himself a hero.

“Literally all I was doing was scurrying around on the ceiling looking for sustenance,” said Queen Gohma. “This kid enters my room, starts shooting pellets at me with a slingshot, and the next thing I know, I have his tiny little sword sticking out of my big glowing eyeball.”

Gohma insisted that the reasoning behind the attack was flimsy at best.

“I heard the little fairy floating around his head tell the kid that I’m evil,” said Gohma, who had never wronged a fairy in her life, to the best of her knowledge. “Suddenly that gives him free rein to destroy my egg sacks, murder my children, and attempt to wipe me from existence? I’m just trying to feast on the roots of a wise and ancient tree here, is that such a crime?”

This was not the first reported instance of assault by the so-called “hero.”

“I accidentally left my front door unlocked — big mistake,” said one resident of the nearby Kakariko Village. “The kid shattered my ceramic pots, rolled into a large storage crate, and stole 20 rupees from me. Afterwards, I heard the fairy tell him I was ‘probably evil anyway.’”

The hero was last seen storming off in search of the Master Sword, also known as the Blade of Evil’s Bane, killing anyone who stands in his path without hesitation.