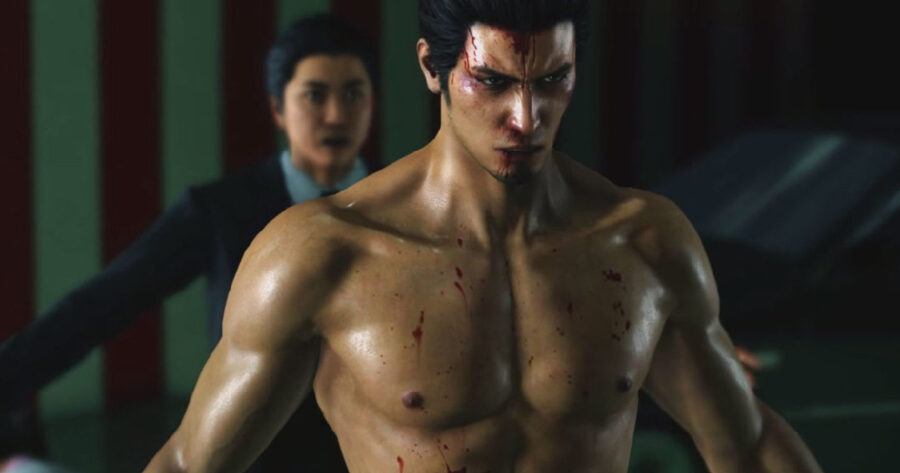 KAMUROCHO 一 After battling his way to the top offices of the Millenium Tower, an on-again, off-again yakuza chairman reportedly came face-to-face with the boss of a rival family, who suggested they relocate to the rooftop, where they could discuss things more shirtlessly.

Though a man of few words, Kazuma Kiryu, the intermittent yakuza leader and orphanage manager locally known as the Dragon of Dojima, admitted that the elevator ride up with his adversary was “a little uncomfortable.”

“The elevator was playing a muzak version of Baka Mitai, my favorite song,” Kiryu recalled. “It took all of my willpower to avoid tapping my foot to the beat.”

Once both parties had made their way to the rooftop, the leader of the rival yakuza family, Tsuneo Iwami, monologued for approximately fifteen minutes about his careful planning of an intricate (and at times convoluted) criminal conspiracy involving an undersea World War II battleship, a teen pop sensation, and for some reason, slot car racing.

“I honestly didn’t understand everything he said,” admitted Kiryu. “I just tried to furrow my brow, look intimidating, and shout something when I recognized a keyword or phrase.”

Upon concluding the monologue, Iwami ripped off his shirt, undershirt, and jacket in one fell swoop, revealing a beautifully intricate tattoo of a Japanese macaque parasailing off a waterfall made of katanas. Having been in this situation before, Kiryu responded in kind, ripping off the top half of his outfit as if it were cellophane. Once fully shirtless, the two finally engaged in the type of bare-knuckle combat that only partial nudity could provide.

“There is something about grappling bare chested and sweaty with another man that makes a yakuza feel alive,” explained Makoto Date, a detective with the Tokyo Metropolitan Police Department. “Whether standing in the freezing rain or knee-deep in sewer water, you can bet your ass that they’ll be ripping their shirts off and revealing back tattoos so elaborate they’d make Ben Affleck weep with envy.”

Once Kiryu had successfully bested Iwami in hand-to-hand combat, Iwami revealed there was one last thing Kiryu still had not considered.

“Before he could finish his sentence, another yakuza shot him in the head,” Kiryu explained. “Then I had to fight that guy shirtless as well.”

Moments after Kiryu spoke with the press, an unnamed yakuza entered the Champion District bar where he was located and shot him in the head and stomach. Kiryu was pronounced dead on arrival at Tokyo University Hospital, though his body has since gone missing.