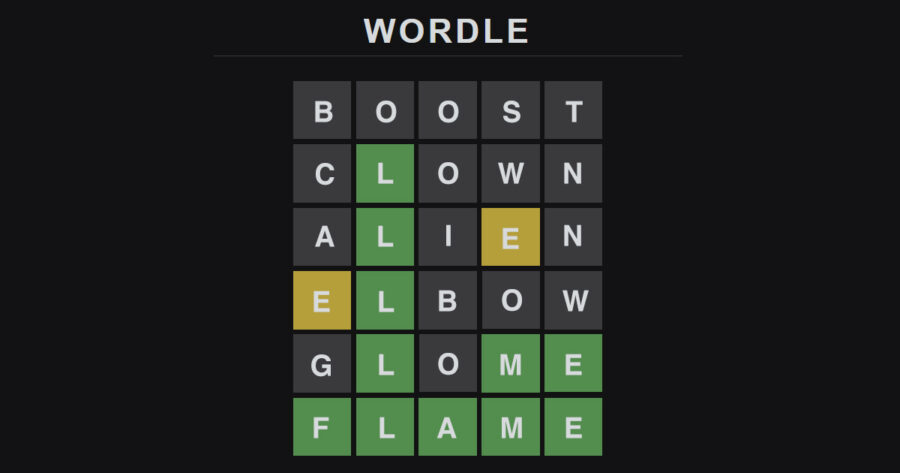 NEW YORK — Fans of the viral online spelling phenomenon Wordle have grown concerned after the consecutive 5-letter words seemed to spell a message from its creator to burn down their homes.

“I thought the game was really cute and I was having fun sharing my progress on Twitter, but then for like two straight weeks, the answers were just ‘Never’ and ‘Sorry’ over and over again. That’s when I got suspicious and looked back at the rest of the words, realizing it was making sentences,” said Wordle player Petra Norman. “Apparently the guy who runs the game is named Steve. I think I’m still going to play the game because it’s a lot of fun and I like bragging to my friends when I solve the word in under four attempts. And it does make me want to burn down my house, but not enough that I’m worried yet.”

“If anything, the message has just made it a little bit easier for me to guess the next word,” Norman added. “I’ll probably start putting ‘burns’ as my first attempt every night until that’s the answer.”

Other fans found the phrasing frustrating.

“I’m so sick of seeing people talk about this Wordle crap. What does it even mean?!” asked Conrad Cleveland. “First I see people tweeting these weird squares and I’m like OK that’s really weird. Then everybody’s posting about how they tried to start a fire in their home and it’s like, why am I always the last freaking person to find out about a new trend? Why can’t I, for once, be one of the early adopters to playing a new game or joining a new cult or whatever? I always feel so damn left out!”

According to those familiar with the situation, the game’s creator, Steve Wardle, claims it’s just a coincidence.

“Am I trying to send people subliminal messages through Wordle? Ha! That’s ridiculous. It’s just random words and any actions that anyone takes during a fugue state that they go into immediately after solving a puzzle is entirely on them,” Wardle explained. “Besides, if it was a subliminal message, I wouldn’t have limited the letters to five. ‘Among house?’ What the fuck does that even mean? I’d just make the number of letters change every time, dumbass. God, you people are so dumb. You should burn down your houses.”

At press time, fans’ worries about the game were quelled when the day’s Wordle answer was simply “cheese.”