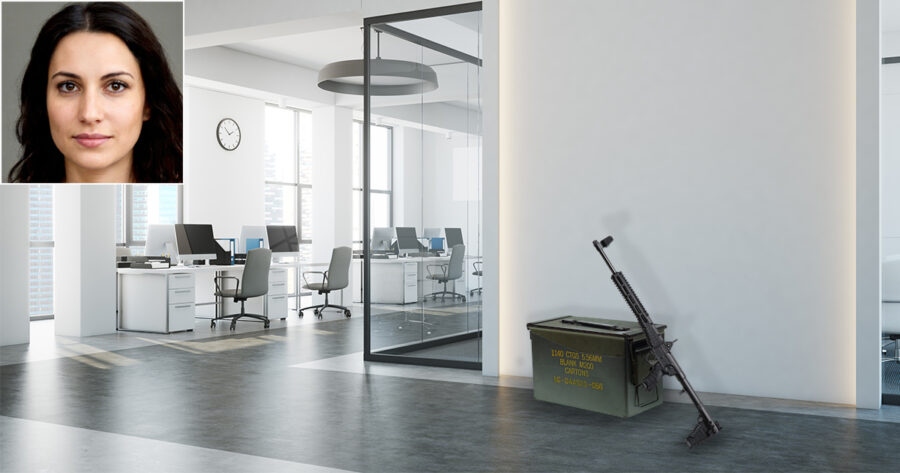 LANSING, Mich. — Due to her familiarity with the visual indicators that a major boss battle was about to unfold, junior accountant Megan Williams was reportedly worried to discover a room full of ammo and health power-ups waiting for her before her quarterly job performance review.

“Aw motherfucker,” said Williams, who immediately began checking her inventory and equipment once she realized what was waiting for her on the other side of the door. “When I first got the email about this meeting, I knew it was going to be a tough fight, but I had no idea it was going to be like this. They don’t just throw ammo and health at you for nothing. Is that a full armor refill, too? I’m definitely about to get totally wrecked.”

“I’ve gotten pretty good at the supervisor fight,” Williams added, explaining that although this isn’t her first encounter with her direct supervisor, she expects him to be able to absorb more damage and maybe have a few more attacks this time. “If you’re careful you can run around him in circles to avoid his telegraphed attacks, and then after each peer review comment there’s a few frames where you can counter with the rocket launcher. Unless he has a shield this time around or something, I hope not.”

Williams says that although she felt confident in her loadout for the encounter, you can never be too prepared.

“I have the red stapler and the Gauss Rifle, but I really wish I had something that did AOE damage in case he spawns secretaries. If only I’d found the infinite money glitch back at my internship, then I wouldn’t have to deal with any of this nonsense and I could just spam my way through.”