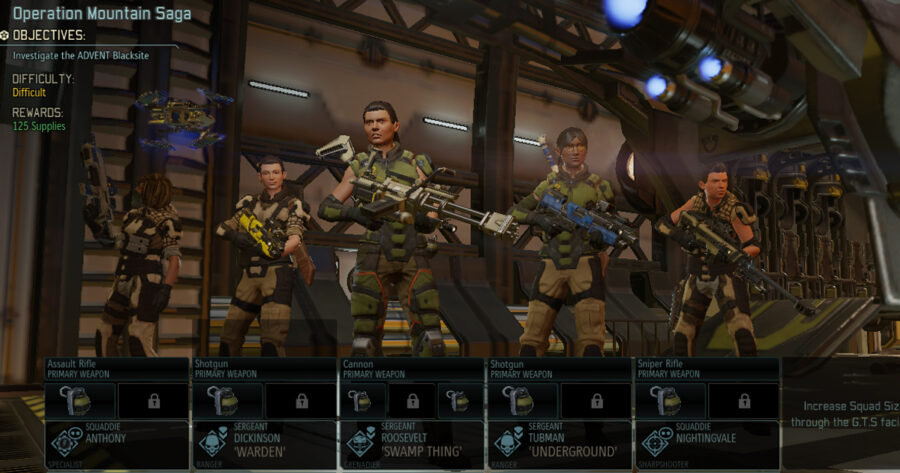 SEATTLE — Frustrated after her all-male XCOM 2 squad died yet again during a “Terror” mission, Salma Kurtz decided to re-imagine her squad as a team of badass women that would go on to be destroyed in the very same encounter.

Kurtz formed what she thought would be a battle-ready dream team consisting of Sgt. Emily Dickinson, Sgt. Eleanor Roosevelt, Sgt. Florence Nightingale, Sgt. Harriet Tubman and Sq. Susan B. Anthony. Kurtz wondered if these soldiers could do what Sq. Vin Diesel, Sq. Channing Tatum, Sq. Jeff Goldblum and Cpl. Bob Dylan But When He Was Young could not.

“I thought what this mission needed was a third-wave feminist perspective that turned away from the traditional patriarchal model, but it turns out aliens do not care about the Bechdel Test,” Kurtz said as she slammed her keyboard and loaded yet another save.

“It’s kind of a bummer to watch characters named after your heroes die horribly at the hands of aliens,” she added.

After launching the mission, Kurtz sent her brave G.I. Janes to a Terror Site mission in Bloemfontein, South Africa, where the first chryssalid pod they encountered wiped them out in four turns, just like her previous all-male squad.

“I’ve had guys tell me my entire life that women soldiers just can’t get stomped in the same way male ones can and I am glad my poor strategic planning could prove them wrong,” Kurtz said while she racked her brain for the names of female heroes to give her fresh recruits.

When asked what she hoped fellow XCOM players took away from her historic squad, Kurtz was thoughtful.

“I hope that the next time you fool yourself into thinking, ‘This is the time I do an Ironman run and not get completely embarrassed within minutes by a pod I clumsily ran into’ that you consider having more women, especially those of color, in that death trap you call a squad,” she said. “Male or female, everyone should have the chance to die protecting Earth due to extremely incompetent leadership.”