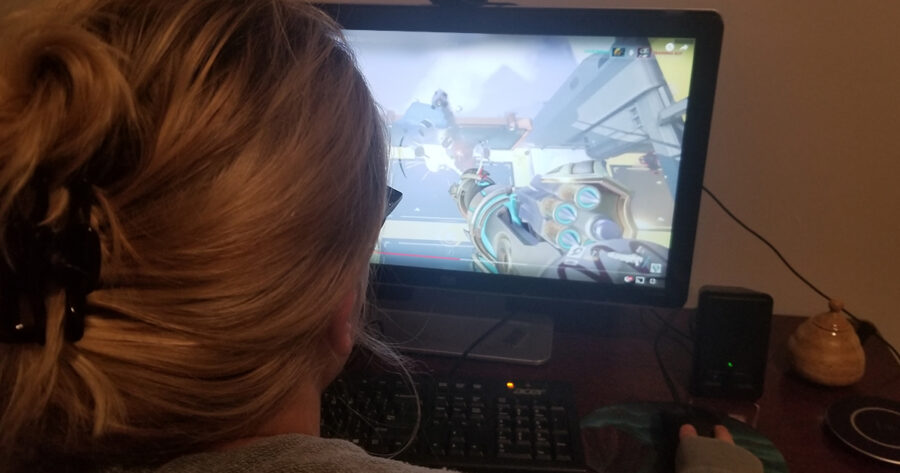 “I have played countless hours of first person and third person shooters, so it’s just totally baffling that when I see gameplay footage of Overwatch that I feel like I’m reading a book in a foreign language,” McNamara told reporters after finally purchasing the game. “Overwatch never really looked that interesting to me, but I’m so fucking sick of seeing random pictures with captions like ‘When Junkrat ults but you Genji’ that I was like fuck it, I will devote time and money into understanding what the fuck is coming across my Twitter feed.”

According to Blizzard Entertainment, a sheer 73% of Overwatch sales are made approximately three minutes after the buyer views a highlight video on the front page of Reddit.

“Most people see a Twitch clip of what looks like a guy jumping around and getting a few kills and they’re like ‘Why does this have 30,000 upvotes? Why is everyone praising this clip? What the fuck is going on?’” explained Blizzard sales analyst Steven Joseph. “That’s really our bread and butter when it comes to sales.”

“Everyone wants to feel like they’re a part of a group, and we really prey on that here at Blizzard. If you see some Fortnite event and there’s a highlight reel, you don’t have to play the game to understand what’s going on. Some guys build some stairs, then they pull out a shotgun and shoot the other guy. Victory royale,” Joseph continued. “But when 17,000 people show up at the Barclay Center to watch some kids play Overwatch, cheering as a bunch of goofy characters jumping up and down on a slowly moving car… you feel like a fucking idiot. And you buy our game.”

Close sources report that McNamara is already starting to get a handle on the Overwatch memes that she once could not crack.

“Overwatch has been like my Rosetta Stone when it comes to jokes about Overwatch,” McNamara reportedly told friends. “Now when I see a picture of Spongebob with the phrase ‘TFW Mei walks in,’ I understand that feel. It’s the feeling of being a part of a community that is bigger than yourself and becoming a fully realized person.”

“The game itself is pretty boring, though.”

At press time, after a poring a few hours into online Overwatch play, McNamara came across a highly upvoted indecipherable photoshop of Despicable Me’s Gru as a Rainbow Six Siege character that made her strongly consider dropping $20 and a few days of gameplay in order to understand.