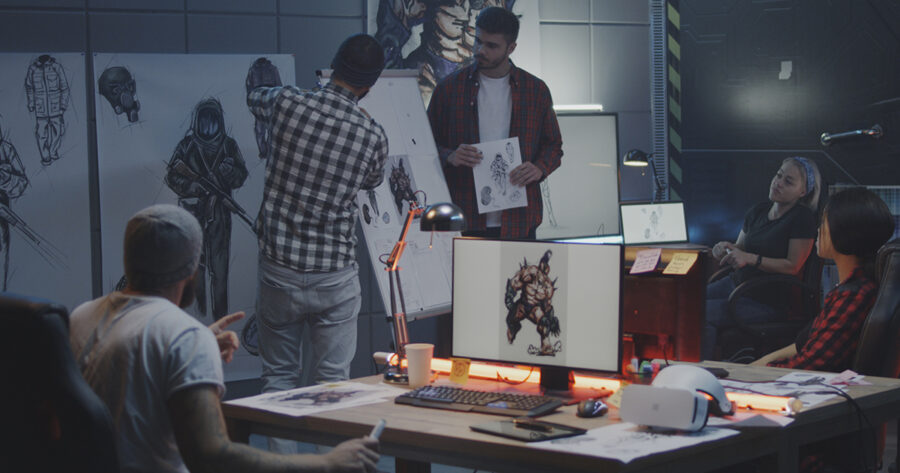 As video games become an even larger part of our culture, the conversation over overtime work, employee crunch, and unions are getting more and more heated. Should video game developers work upwards of 100 hours a week? Are our standards for AAA games becoming too high? Should fans be upset when release dates inevitably get pushed back?

Ultimately all of these questions are answered with one very simple truth: my current office job sucks shit and, as a result, no one should even think about complaining.

When it comes to discussions about how hard it is being a video game developer, I always find myself thinking about my own awful job as a data entry clerk for a shipping company. Every single day that I go to work, I fucking hate myself. I hate my boss, I hate my co-workers, and I hate the work I do with every fiber of my being. I often work very late and I get terrible benefits, despite the many hours I put into my job. So that’s the bar for me that I use to judge everybody else’s job.

The thing is, I don’t even get to do anything worthwhile at my job. Video game developers are living the life. They spend their days and their nights making video games and they sometimes get paid a bunch of money to do it! So if their bosses abuse them, big deal — so do mine. Just the other day, my boss called me a “fuckstick” in front of the entire team because I accidentally printed 400 flyers on pink paper instead of white. How was I supposed to know that was important? I am not a fuckstick. To me, the only people who deserve to be called a fuckstick, is anyone who complains about having a worse job than me.

At the end of the day, my job is worse than everyone else’s job on the planet. And that’s why I don’t think anyone should have a better job. Because if I have to do it, then so should you. Except for cops, of course, who I think everyone should be a little bit nicer to.