Welp: Looks Like Elden Ring Has Bought Off Every Single Reviewer 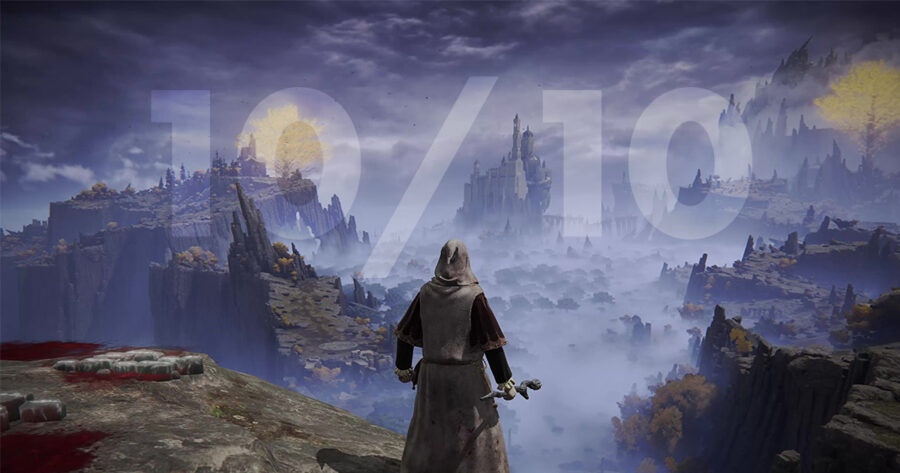 FromSoftware’s newest video game, Elden Ring, is set to release February 25th, 2022 and that means a bunch of reviews are coming out from websites and publications. Normally, like any game, you’d expect that there’s a wide array of responses as a result of the fact that reviewers have no obligation to tell anything other than the truth. Normally.

Well we regret to inform you that this is not the case with Elden Ring. It seems that FromSoftware has succeeded in buying off literally every single reviewer and forcing them, against their will, to give glowing reviews of Elden Ring. This is a disgrace for the industry.

Nothing is more important than the social contract between video game reviewers and video game players. If we can’t trust these people to review the games and tell the truth with every fiber of their being, then how the hell are we supposed to know if the game is good or not? That’s why it is such a brutal betrayal to see that FromSoftware has every single video game reviewer, from the big dogs at IGN to the smaller dogs and even puppies at websites no one reads, on their payroll.

Think about it: how is it possible for Elden Ring to have gotten exclusively glowing reviews? It’s NOT. I played a few hours of Bloodborne (didn’t like it) and watched a negative review of Sekiro, so I know these games like the back of my hand and there’s just no way that so many websites are giving Elden Ring a 10/10.

Maybe you’re thinking, oh maybe it’s just a really good game? OK even if it’s REALLY that good, do you really think it’s possible that every single website on the entire internet gave the game exactly a 10/10?! That’s pretty fucking weird! To be clear, they didn’t; several websites have given Elden Ring a lower score — but that’s even more sinister to think that these bastards at FromSoftware are paying reviewers to somewhat vary the scores to make sure it doesn’t look too suspicious. How far have these people thought ahead?! Well you can’t fool me!

And by the way, those fat cat video game reviewers have had it too good for too long. I am certain they each got paid a year’s worth of salary and didn’t even have to play the game to write their blogs. FromSoftware just sent them a list of required talking points back in 2021 and then they get all year to put their own spin on it. Having these people heard of working for a living?!

There’s only one solution to this: we have to boycott Elden Ring and every future FromSoftware game to ever come out. Hell, we might even need to boycott every RPG from now on if we want to get our message across. As consumers, the only power that wield is the power to boycott and we need to hit these fuckers where they hurt the most: their bank accounts.

Luckily, we know the game must be way over budget considering the insane amount of money it cost them to pay off all of these reviewers (although, it’s also very possible they paid them nothing and instead had sex with literally every single video game reviewer — I will research further to find out if this is the case).

I know that our readers make up something like 90% to 95% of all video game fans, so I think that if we come together, stay strong, and all agree not to buy any more video games, we can fight this injustice. Also, I will be purchasing Elden Ring and playing through the game to investigate any falsehoods I can find in these paid reviewers. Stay vigilant, gamers; we can defeat the scourge that is FromSoftware. We’ll make them wish they never challenged our beloved hobby.